Head coach James Collins insists the development of players will always be at the forefront of the under-23s after his side were relegated to Division 2.

Following the curtailment of the Academy Games Programme for 2019/20 after Covid-19 caused the season to be cancelled, clubs agreed to determine the final standings using a Points Per Game system, with Wolves finishing bottom of Premier League 2 Division 1.

However, Collins understands that the importance of improving the club’s young players and doing what is right for their development is the utmost priority.

On how the squad have reacted to PPG relegation

“This has been a difficult time for everyone with the Covid-19 situation. It has affected everyone’s lives and with football, we have to adapt.

“The most important thing is developing players and making them better. That doesn’t mean we don’t want to win, but whatever league we’re in, it’s our job to develop the players, improve them and get them ready for the next step.

“Although it’s always disappointing when you get the news that we won’t be in this league and we’ll be in that league, our job and our focus is on improving the players.”

On a disrupted first seven months in charge

“It was a difficult time to come to the club in January, and I was just two days into the job when the Leicester game came up [a 5-1 defeat] and it was a tough game, with our young team.

“I think the club have done really well this season in promoting players to the next step and the next level.

“Owen [Otasowie] and Christian [Marques] have gone up regularly with the first-team, Oskar [Buur] is up there permanently now, and we judge ourselves on how we are developing players to get through to the first-team.” 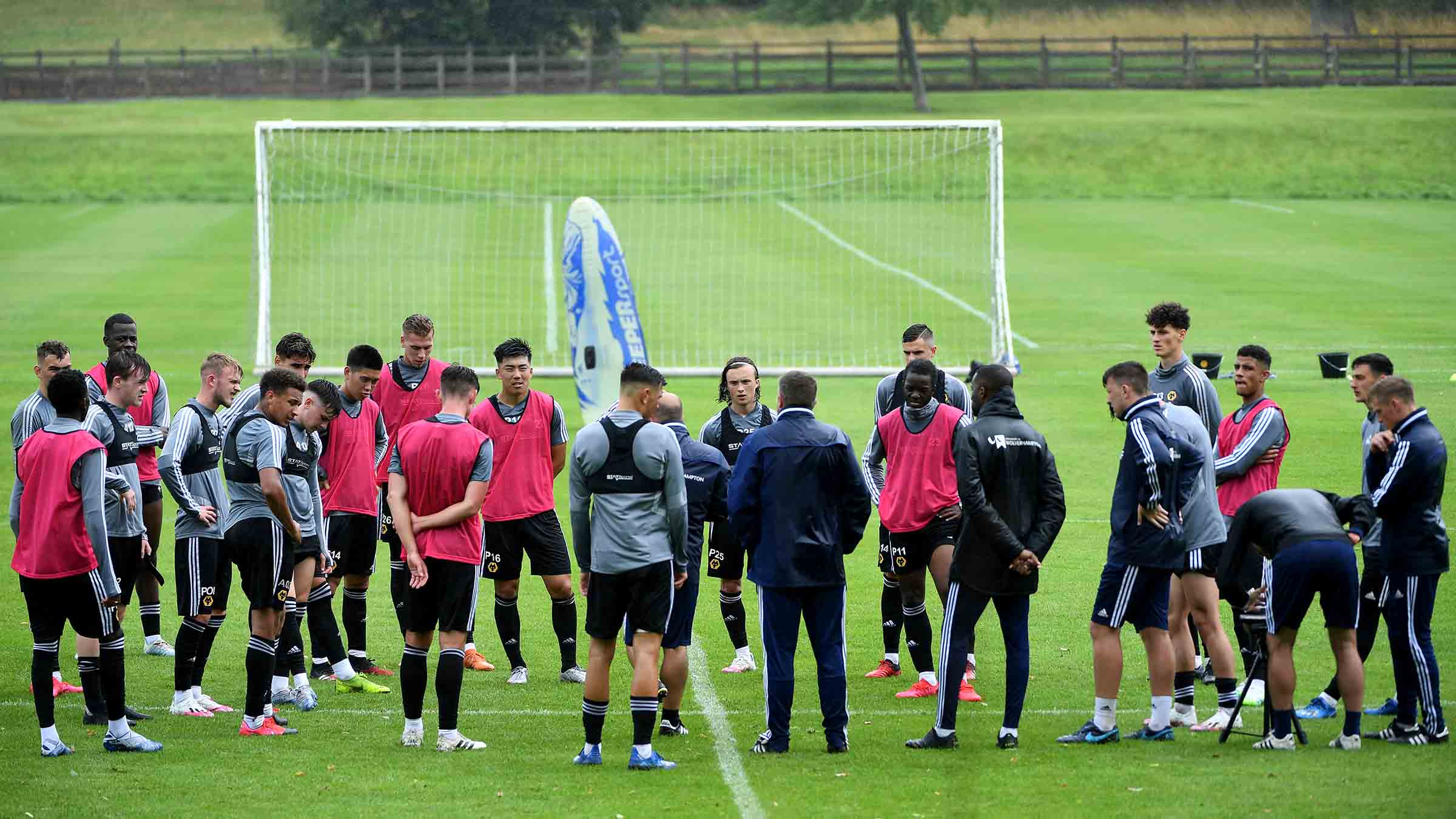 On the improvement of the under-23 players

“At the end of last season, the decision was made for many of the players who got the team promoted should go out on loan. Rather than keeping the players in a group so you can win under-23 matches and improve the team, what we’ve done is right for the players.

“Dion [Sanderson] and Elliot [Watt] are great examples of that. We could’ve kept them in the under-23s and stayed in the league, but the right thing was to get loans. Dion has played regularly in the Championship with Cardiff City, and what an experience that would have been for him. He’s developed well there, and it’s made him a better player.

“As with Elliot, it was the right thing for him to go and play league football and prove himself. That has then given the managers of other league teams the confidence that he can do it, which got him his move.

“We should use that as examples of what our job is about. It’s about developing them to the next level.  That was done well last season, both prior to myself coming in and since. Obviously, result on the pitch didn’t mirror that, but the progression of the players did.

“Not everybody we develop will be able to play top-six Premier League football, but what is important for the Academy is to be self-sufficient.

“We need to produce players who are good enough for the first-team, but also those we can sell to other clubs and help them further their careers, and Elliot is a great example of that.”