Wolves will target two wins from two when they host Bristol City on Tuesday night, after picking up maximum points against Millwall at the weekend.

Diogo Jota’s brilliant strike sealed the points for Nuno Espirito Santo’s side at Molineux and the margin of victory could have been greater. Wolves have won four of their six Championship fixtures to date, taking them to within three points of Cardiff City on top spot and one off Leeds United in second.

Bristol City won for the first time since the opening day at the weekend, with Aden Flint netting the only goal six minutes from time. The Robins beat Barnsley on day one, but had been finding victories hard to come by since, drawing with Brentford, Millwall and Aston Villa. Bobby Reid provides their main threat and has five goals to his name already this season.

Wolves full-back, Phil Ofosu-Ayeh remains out for up to four months, with Wily Boly and Kortney Hause already missing through injury. The visitors will be without Eros Pisano who picked up a knee injury against Reading on Saturday. He’ll join Gary O’Neil (knee) and Milan Djuric (groin) on the sidelines.

Both home sides were victorious in the meetings between Wolves and Bristol City last season. The Molineux clash came on Boxing Day and saw Ivan Cavaleiro earn all three points for Wolves with an 84th minute penalty, after David Edwards and Helder Costa had netted in the 3-2 win. Wolves are unbeaten against Bristol City at Molineux in 21 matches, stretching back to 1931, and have won the previous five home fixtures.

Supporters can keep in close contact with the game through a number of channels. Audio commentary is available on Wolves TV, while overseas supporters can watch the game live. Updates will be available on Twitter: @Wolves. Also, keep a close eye on wolves.co.uk for all the reaction following the game.

Now it’s time to test your Wolves vs Bristol City knowledge with our pre-match quiz. Click here to take part.​ 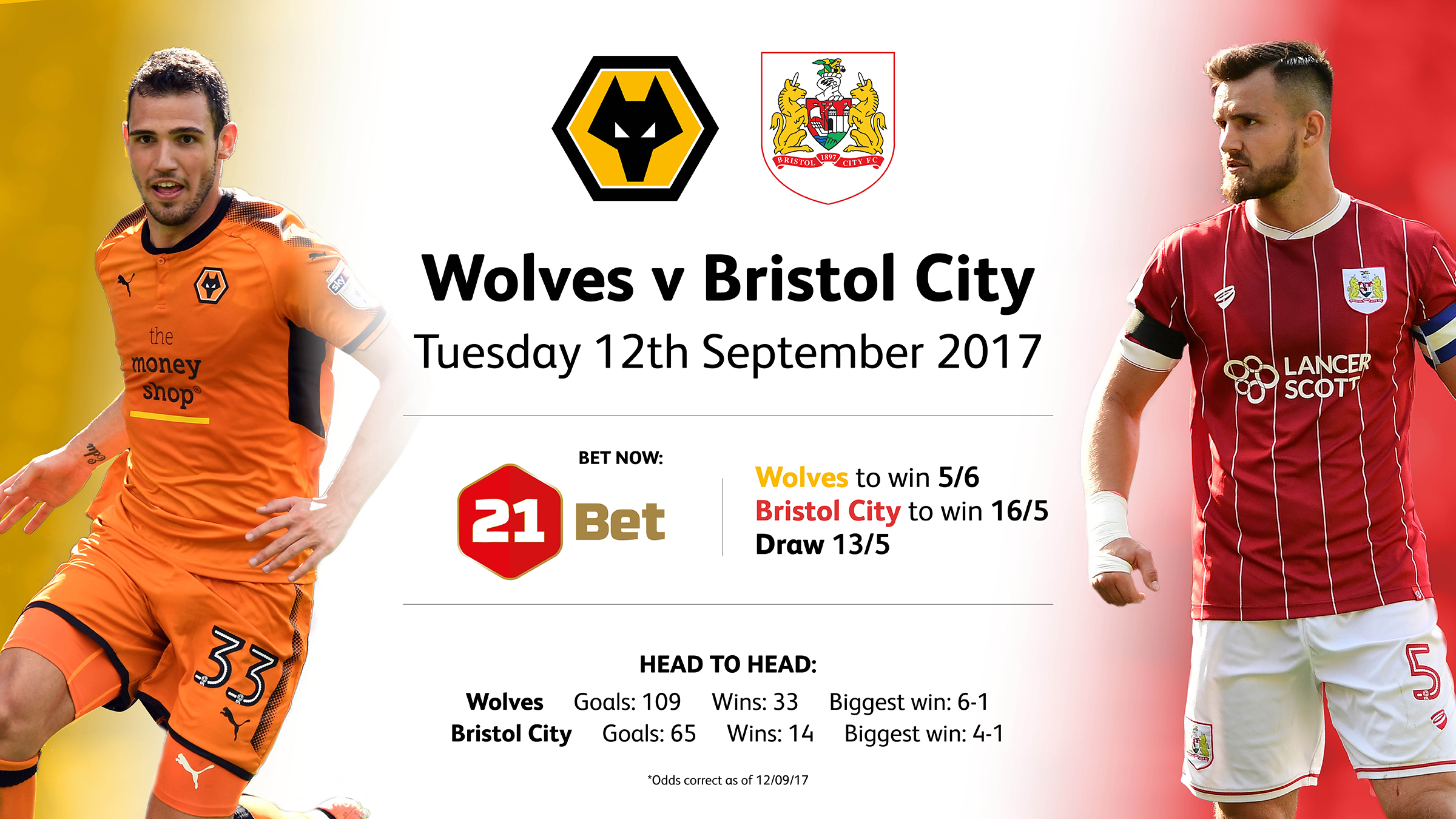