The 2021/22 curtains close on Sunday, as Wolves travel to Liverpool, who remain in with a hope of pipping Manchester City to the Premier League title, and wolves.co.uk presents the main Talking Points.

Away from home, Wolves have been a tough nut to crack, which is evident in one mightily impressive stat. Bruno Lage’s side haven’t conceded a first-half goal in any of their last 17 away Premier League games, which is the longest run of any club in the competition’s history. If away records solely were taken into account, Wolves would be seventh in the Premier League, ahead of both West Ham United and Manchester United. Incidentally, Brighton & Hove Albion would finish in the Champions League positions. However, Anfield hasn’t proved a happy hunting ground for the old gold since returning to the Premier League – they’ve lost on their three previous trips to the red side of Merseyside, without scoring.

The other side of Stanley Park, however, was where Wolves won their last away game – a 1-0 success against Everton, while last time out on the road, Wolves came from two goals down to claim a point against Chelsea. That day, Conor Coady scored Wolves’ second-latest ever Premier League goal since exact times became available, behind Raul Jimenez’s equaliser against Burnley in August 2019. It proved Wolves can compete with the best on the road. One point at Chelsea, a comprehensive win at Tottenham Hotspur and a narrow reverse to Manchester City complete the old gold’s record against those set for Champions League football, leading into Sunday’s trip to Anfield.

#2 Bedding in the youth

With European football now out of their grasp, will Wolves turn to youth during the final game, and give valuable experience to the lesser used members of their squad? Toti was handed an opportunity against Norwich last time out, and took it with both hands, denying Kieran Dowell a certain goal with an incredible clearance and keeping alive the attack which led to Rayan Ait-Nouri’s goal. The Portuguese won seven aerial duels – Wolves’ next best was Raul Jimenez with two – and was top for clearances amongst those in old gold. Chiquinho was another youngster who caught the eye last time out, whipping in a delicious cross for Pedro Neto and asking serious questions of Dimitris Giannoulis on the Norwich left. The likes of Ki-Jana Hoever and Luke Cundle will also be hungry for a chance to impress before the season is out.

Lage arrived from Benfica with a reputation for giving youth a chance, and across the course of the season, he’s handed first-team minutes to four graduates from the Wolves Academy. Cundle was handed his Premier League bow by Lage, as was Chem Campbell, who came off the bench at Newcastle United in April. Meanwhile, after playing Morgan Gibbs-White in the early weeks of the campaign, before his loan move to Sheffield United, Lage was left with Maximilian Kilman to develop. The 24-year-old enjoyed his best season yet for appearances and he would have surpassed the 34 he made had it not been for the late-season injury he picked up in training. The defender also bagged his first senior goal against Everton back in November. Will a fifth member of the Wolves Academy add himself to the first-team listings at Anfield?

#3 The stakes are high

Three years ago, Wolves headed to Anfield with the nation’s focus on the opposition, who remained hopeful of pipping Manchester City to the Premier League title. This season? It’s almost a carbon copy. The similarities continue. The Reds trailed City by one point, just like this year, which means they need to beat Wolves and hope for a favour from City’s opponents – this year being Aston Villa, rather than Brighton in 2019.

The Reds already have a domestic cup double in their rear-view mirror, and a Champions League showdown with Real Madrid awaits, but before then, they face Lage’s men. Victory at St Mary’s in midweek came despite a plethora of changes from Jurgen Klopp, one of which was former Wolves man Diogo Jota, who has hit 21 goals in red this season. Big hitters Virgil van Dijk and Mo Salah were withdrawn during the Emirates FA Cup final, but Klopp previously stated that the pair may feature at the weekend. Influential midfielder Fabinho has missed the last two with a hamstring injury, and although he’s expected to be fit for the Champions League final, it’s unlikely he’ll be risked against Wolves. 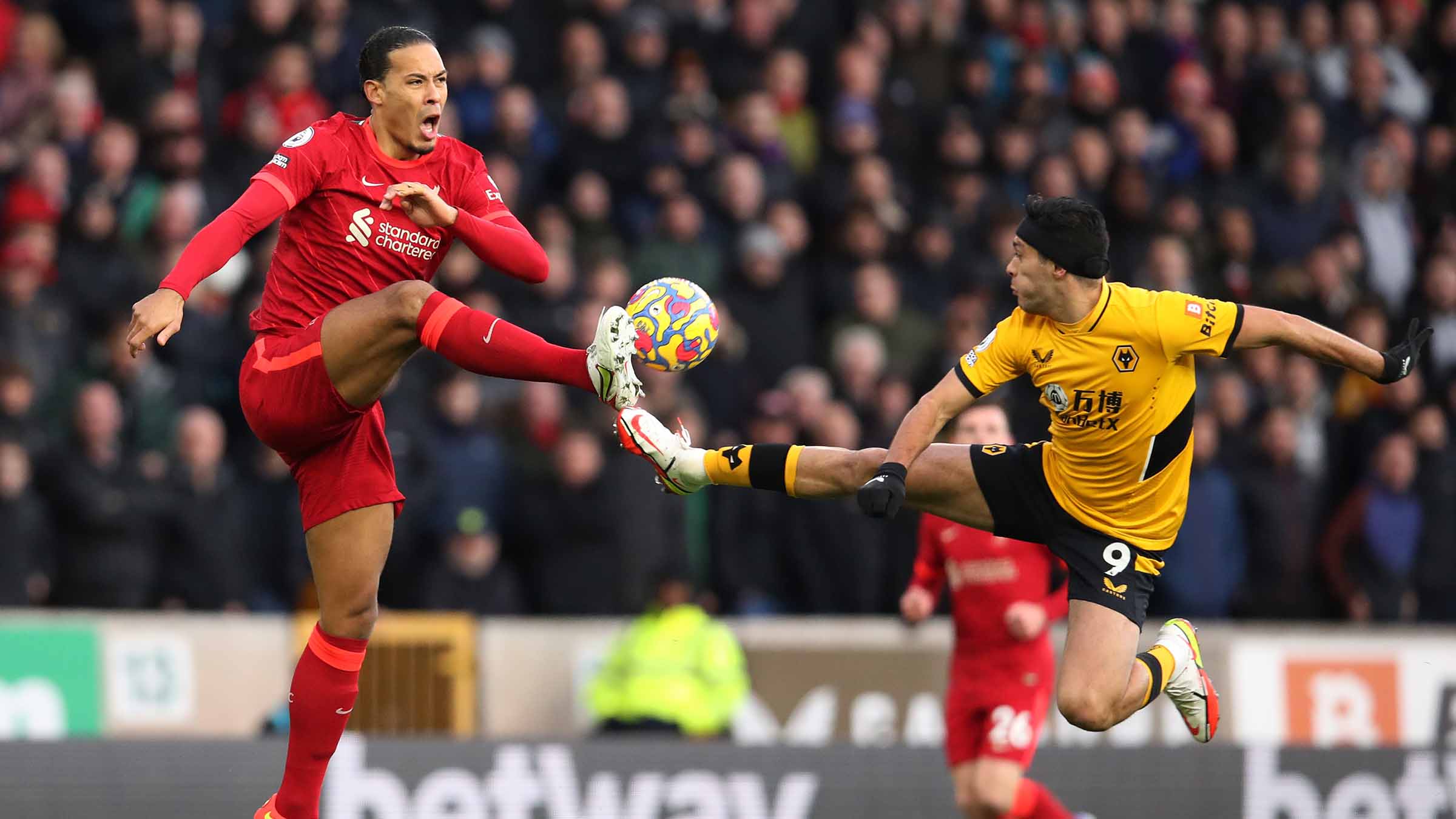 Wolves’ final day results make for dismal reading in recent years, and those travelling to Merseyside will hope it’s about to be put right. The old gold have lost their last four final day fixtures, dating back to 2017. That day, Nuno Espirito Santo’s Wolves ended a memorable promotion season with defeat at Sunderland, while in the Premier League, final day defeats against Liverpool, Chelsea and Manchester United complete the record.

If they’re to turn those fortunes around, they’ll have to do it with the same squad which was available against Norwich. Kilman, Romain Saiss and Nelson Semedo’s seasons are already done, and they’ll be missing for the trip north. Daniel Podence was given minutes during the closing stages of the Norwich draw and will hope to take another step towards a full recover with more game time on the final day. Wolves have only won one of their seven final days in the Premier League, against Sunderland in 2010, so is now the time to put that right?

Anfield on the final day.