When two top quality goalkeepers cross paths, the mutual respect is often tangible, so when legendary stopper Carl Ikeme sat Wolves’ current custodian Jose Sa down to chat, the Portuguese put all his cards down on the table.

Ikeme recently returned to Compton Park to train with Sa and John Ruddy, under the guidance of coach Tony Roberts, and after rolling back the years, the former goalkeeper, who made more than 200 appearances between the sticks for the old gold, got to know the man now guarding that same goal.

In part one of When Ikeme met Sa, the current Wolves number one was quizzed on a tremendous debut season in the Premier League which has seen him claim 11 clean sheets, and his goalkeeping tendencies, and gave an honest insight into his hopes for the World Cup later this year, having watched from the bench as his nation booked their place in Qatar recently.

With questions posed by Ikeme, who last wore the Wolves number one shirt in 2017, Sa spoke with humour and honestly, the quotes of which wolves.co.uk now presents.

On training with Ikeme

“It was a very nice day, very nice training – I enjoyed a lot.”

“Here, you have the most beautiful football in the world in my opinion. In the beginning, it was difficult because of some aspects. I came to replace Rui, who is a very good goalkeeper. After I took your [Ikeme’s] number too, not a lot of pressure, but a situation, but we have a good group. We didn’t start very well with the results, but we started with very good football, and after the results came naturally. For us, it was good because we won confidence and now we are playing what we know.”

On commanding his box

“I like to play out of the goal. I like when I go out for crosses, of course you work on this and you improve, and you have to be confident to go out, because if you miss some balls, it’s difficult. After, it came naturally because the team helped a me a lot, we read the game, the action, and after we decide if you go or stay, and hopefully I’m OK on that.”

On the defence in front of him

“All the team, we defend very well. Of course, we had some moments where we come a little down, but this is normal. In one season it’s difficult to be all the time at the top. I think the most important aspect is all the team defend and all the team attacks, and after we have a very good defence. The people are defending very well and if they miss, I am there, but if I miss, I know they are there for me too.”

On how he approaches games

“I’m very relaxed. A funny guy, all the time happy and smiling. On the game, it’s only music. When I go to the bus, only music, it relaxes me, after I go to warm up and I listen to a little more music, and after the game.” 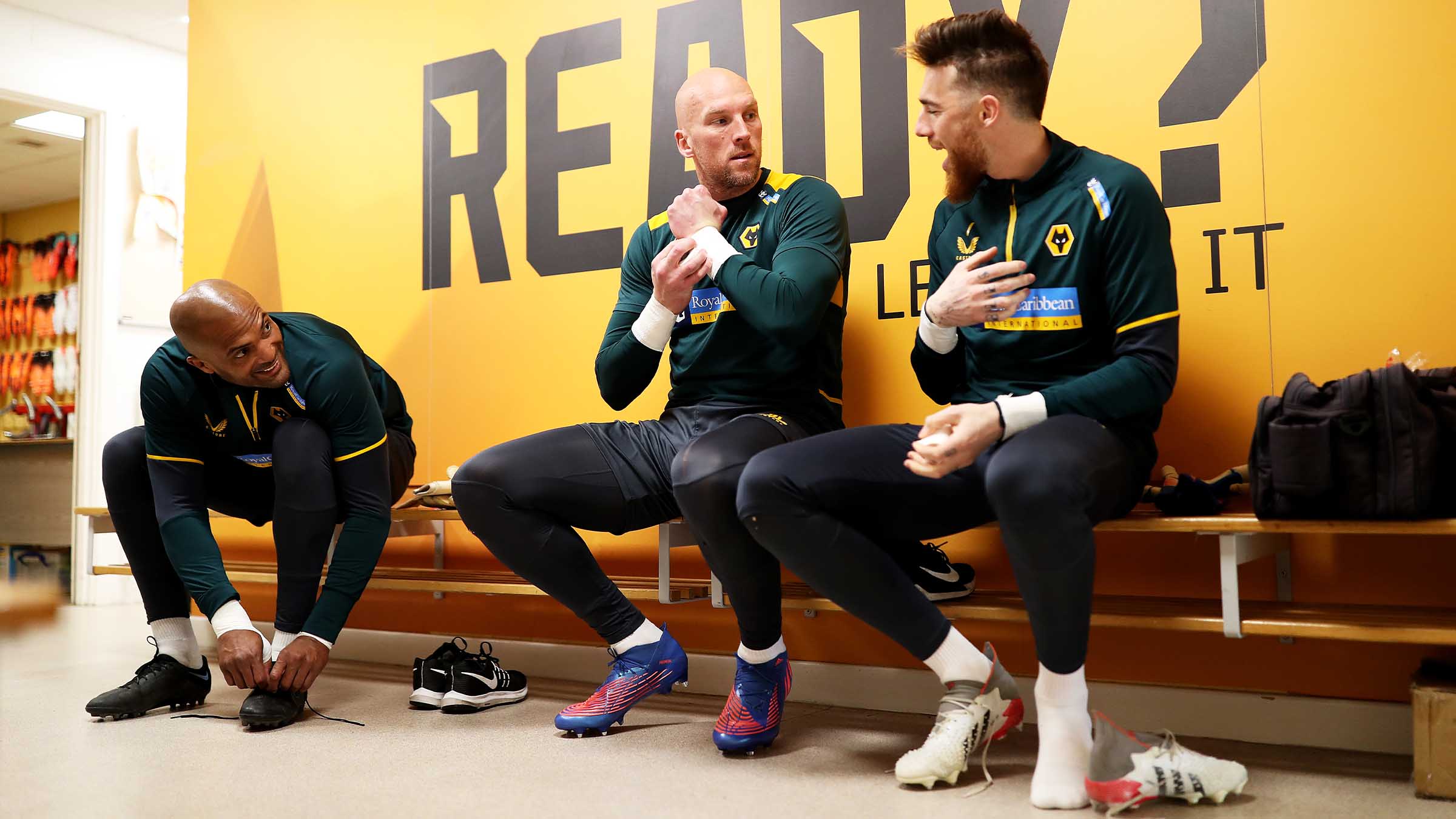 On the upcoming World Cup

“I’m fighting and working for the call. After, we will see, because Portugal in this moment have very good goalkeepers, five or six, and everybody can be called. We have to work and after the decision is the coach’s. I talk there with the goalkeeper coach because I broke my hand two years ago, when we played the second game of Olympiacos against Wolverhampton in the Europa League. I didn’t play the second because I broke my hand and went from the squad of the national team and stayed out months. After, I have to work again to be back to the squad, and it’s like this. You have to wait, see one opportunity and you have to catch it.”

On his favourite moment so far

“The favourite result is when we win. All the saves are important because every if you do an easy save, sometimes for the team it’s good to give confidence and to know the goalkeeper is there. I can say Manchester United because we won 1-0 and that save from the free-kick in the last minute was important for us.”