Lage | 'It was a game with two distinct halves'

Differing halves of football from Wolves left Bruno Lage frustrated at Newcastle United, as the old gold fell to a narrow defeat in the north east.

After an uneventful first-half in terms of Wolves attacks, things improved after the break, but opportunities came and went either side of the home side striking the decisive blow from the penalty spot. Lage was also unhappy with the manner of the spot kick, with Newcastle quickly turning over possession before Jose Sa fouled Chris Wood, and the home side claimed the points during a frustrating night for the visitors.

On a difficult evening

“I think, especially from our side, it was a game with two distinct halves. First-half we controlled the game, without and with the ball, we know how dangerous Newcastle can be with the runs in behind, and men in front. They want to push us with defenders and Shelvey, to try to find the run in behind.

“Second-half I think it was different. We were the better side, we started very well, we tried to find the spaces, the zones to be nearer the box. The first five minutes of the second-half we created more danger than what we did in the first-half and then comes the moment when the game is ours, and it comes one more time a penalty.” 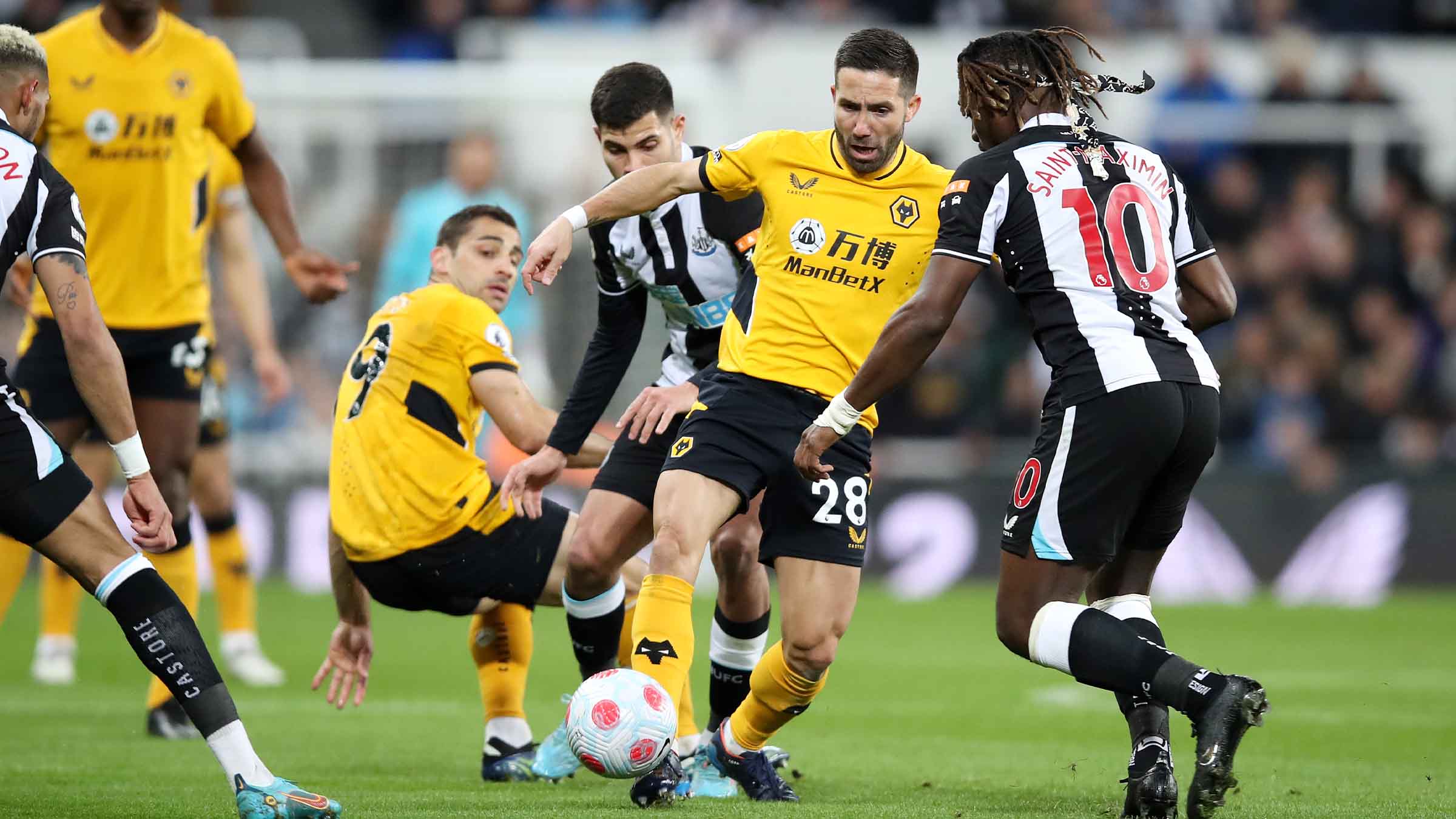 On handing Newcastle the initiative

“We have the ball, after a cross the opponent wins the ball, has two or three touches inside our box, and it’s a penalty. I don’t know if there’s any teams with more penalties than us (against) – we don’t break the transitions, near position to win second balls, we lose that ball and after that it’s not the first time, six or seven penalties, 1-0 for them.

“After that, we continue to play our game, we created good chances, but didn’t score. It was a big opportunity for us that we missed, we came with that idea, and if we played the full game like we did second-half, maybe the game would be different.”

On what needs to improve

“It’s the profile of our players. We need to understand that. That’s why I said since the first minute we can’t be defending for too much time – we need to control the game with the ball. We are not so aggressive to stop these kinds of things. It’s about being there near the man, controlled the opponents.

“Sometimes we lose the chance and if you look at that moment, they win the ball, two passes and they are inside of our box. It’s frustrating but we need to continue to work, that’s our mentality, every time to try to learn and improve. Every team, every player, even me has its own limit, that’s why I work hard, and I challenge my players every day to work hard, to improve the things that we can improve.”

“We are there. When you look at our team, the plan was very clear, what we have to do without the ball and when we have the ball. A massive challenge for my players because you can see today Newcastle’s team and our team, it was a big difference at set pieces. I challenged them not to think about how big they are, at set pieces we have to go with everything.

“We controlled everything, we didn’t control that penalty, but this is the things that happen in football. Credit for Newcastle, they did a good game, they took their chance and win, but for us we continue to work. Now we have some days off because we don’t have a game next week and after we come again with the same mentality to play against Burnley.”