The Wolves camp is a positive one after victory last time out, and Bruno Lage’s men now turn their attention to Newcastle United, and a trip to the north east. Goal records, form, injuries and selection dilemmas are all discussed in the latest Talking Points on wolves.co.uk.

Bruno Lage’s transitional period in charge of Wolves brought many positives during the opening months of the season, but one thing it didn’t, in the Premier League at least, was goals. The first two months of the 2021/22 campaign yielded just three goals – only two scored themselves – so for all the possession, chances and promise, work still needed to be done. Fortunately, things had changed by the turn of the year and the start of 2022 has been very, very different. During the calendar year, only Tottenham Hotspur and Liverpool have scored more Premier League goals than Lage’s men. That means, league leaders Manchester City, along with Chelsea and Arsenal, have all found the net less times than Wolves, who’ve celebrated on 20 occasions in 2022.

Since the reverse to Crystal Palace, Wolves have bagged nine times, which, coincidently, has added nine points to the tally. Jonny in particular has come to the fore, with goals in consecutive matches for the first time in his career. The Spaniard needed no second touch against either Leeds United or Aston Villa to produce deadly finishes and open the scoring on each occasion, after nearly two years without a goal due primarily to injury. This recent flurry has taken the defender to five goals in Wolves colours, four of which have arrived at Molineux. His only away goal to date? October 2019 at St James’ Park, where Wolves head on Friday evening.

It’s no secret that Jose Sa has had a brilliant in his debut season at Molineux, and following another positive display against Aston Villa, the stats have continued to shine on the goalkeeper. Analysis into expected goals compared to goals conceded recently has seen the Wolves man shoot to the top of the most effective goalkeepers list. Data suggests that from the attempts he’s faced this season, taking into account the difficulty of the opportunity to the attacking team, Sa should have conceded 49 goals in the Premier League. However, the Portuguese has actually only been beaten on 27 occasions, creating a difference of 22 chances which would have been expected to beat him. His tally is double that of Liverpool’s Allison in second place, and even further ahead of Kasper Schmeichel of Leicester City in third.

One opportunity which has helped his tally was that of Allan Saint-Maximin in the return Newcastle fixture back in October. The goalkeeper made himself big to thwart the Magpies attacker with the score 1-1, before the hosts went on to win the game – one of many vital contributions from the stopper. In 2022, each of his clean sheets had brought about victories – four in total, and he’ll be hoping for a similar outcome in the north east.

Another big save for @josesaoficial's collection. 🧤

#3 Still work to do for Newcastle

Newcastle have had an intriguing season and they look set to remain in the Premier League next year, which hasn’t always looked the case. A turbulent start to the campaign was calmed following the arrival of Eddie Howe as manager and the former Bournemouth man has turned the tide impressively. The January transfer window helped his cause, with five big money signings strengthening his squad and adding vital experience. Four of those new faces – Matt Targett, Dan Burn, Bruno Guimaraes and Chris Wood – all featured at Tottenham Hotspur last weekend, when the Magpies were soundly beaten 5-1.

Earlier this calendar year, Howe’s men went unbeaten for seven Premier League matches, winning six of them, and that run has them seven points above the drop zone. It’s not been all plain sailing, however. United have now lost three consecutive times, with reverses to Chelsea and Everton preceding the loss to Spurs, but on no occasion this season have Newcastle lost four consecutive Premier League games, and they won’t want that to change on Friday. With games against Liverpool, Manchester City and Arsenal still come before the season’s out, they won’t want to leave anything to chance. 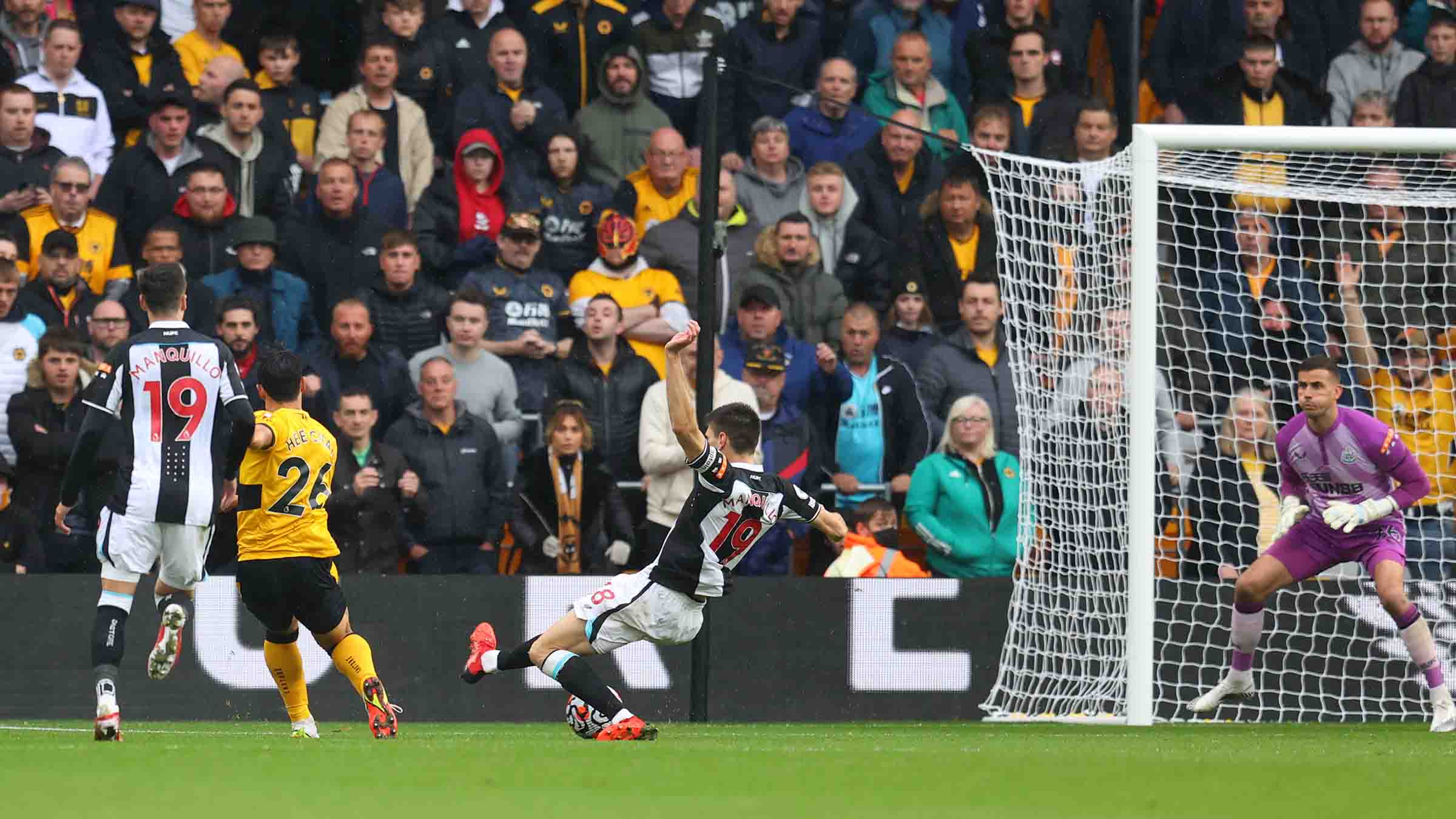 Like last weekend against Villa, Lage will be without the injured Ruben Neves and Raul Jimenez, who misses the final game of his suspension, for the trip to St James’ Park. It means he’ll be selecting from the same squad and decisions must be made. Stick with the 11 who got the points last time out, or freshen things up with the strong options at his disposal? Nelson Semedo remained on the bench last time out but could come back in on the right, leaving Jonny and Marcal to battle it out for the left wing-back slot. Hee Chan Hwang and Pedro Neto both came off the bench against Villa and have a track record to hurting the Magpies – the South Korean scored twice at Molineux in October, while Neto assisted Neves for the old gold’s last goal at St James’ 14 months ago.

Meanwhile, for United, a late call will be made on Joe Willock by Howe, with the midfielder struggling with a knee problem. The manager also confirmed an illness bug has circulated the camp for a number of weeks and still remains but he didn’t provide specifics. Should Willock miss out, Guimaraes is waiting in the wings, with Howe saying “we’ll see what happens tomorrow” when asked on the possibility of him starting. Team news will be interesting come 7pm on Friday evening.