Daniel Podence has been voted Castore Player of the Month following an impressive February.

The Portuguese has won the award for the first time after opening his Premier League account for the season during the month of February.

Claiming moment of the month for the attacker was the winning goal against Leicester City, when he picked up Leander Dendoncker’s pass, took a fine touch and drilled into the bottom corner from the edge of the box.

Signing off with a bit of @daniel_podence magic!

The week earlier Podence had played a key role in the victory over Tottenham Hotspur, with his shot leading to Dendoncker’s crucial second goal for Wolves.

Across the month, the 26-year-old completed as many as 21 dribbles, including seven in one match on two occasions, in clashes with Norwich City and Arsenal at Molineux. 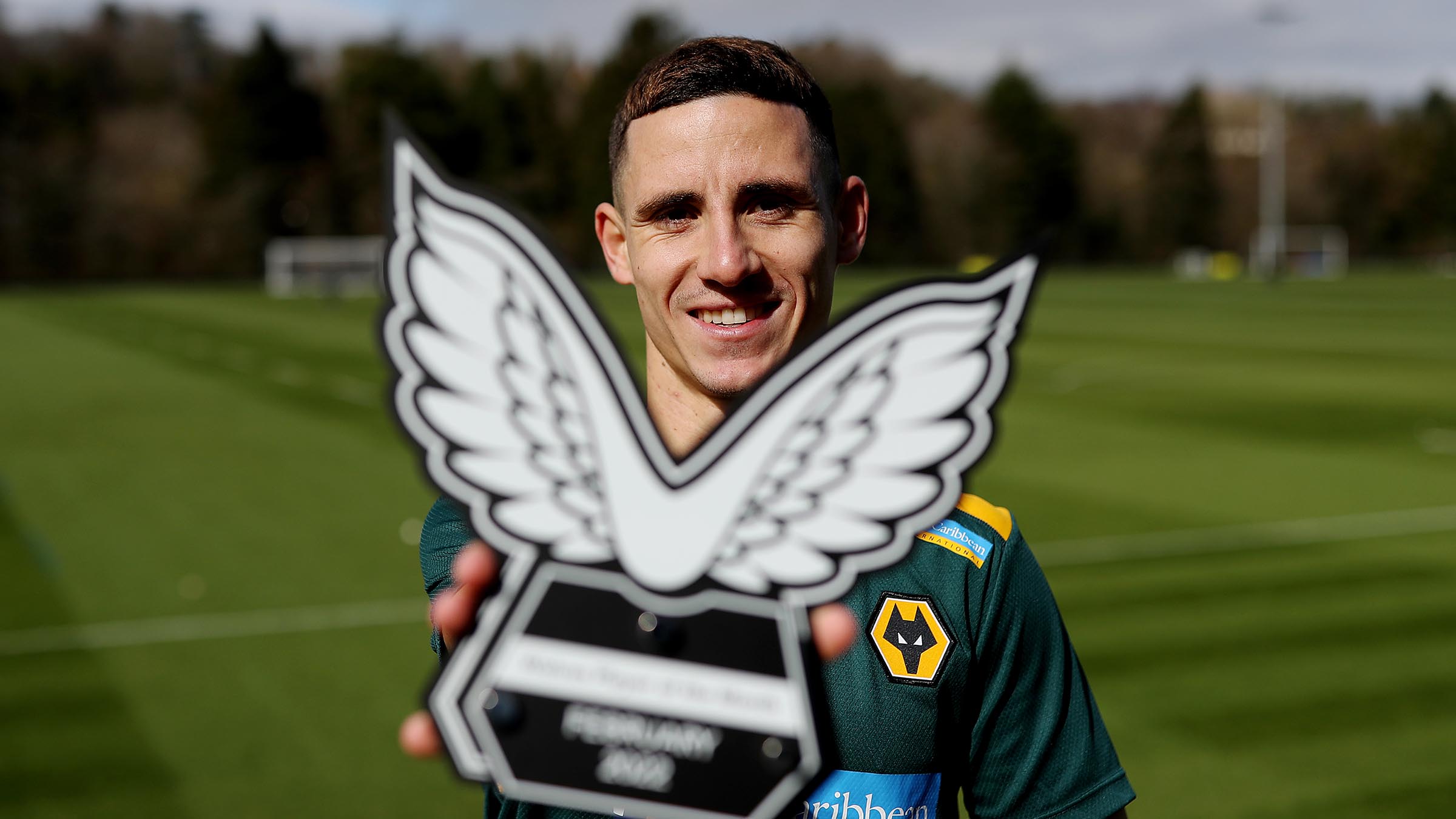 Podence’s efforts saw him narrowly pip goalkeeper Jose Sa to the award, with midfielder Ruben Neves not far behind in third.