Wolves were beaten at Molineux on Saturday by Crystal Palace, but the occasion didn’t go without positives for Bruno Lage’s group – five of which are analysed below by wolves.co.uk.

In a year when Conor Coady has ticked over 300 appearances for the club, and Ruben Neves has hit 200 games played, Morocco’s international captain Romain Saiss copied the Portuguese midfielder’s achievement against Crystal Palace, securing his 200th appearance for the old gold.

Signed from Angers in the French division, Saiss’ first game came in a 2-0 win over Newcastle United in the Championship back in September 2016, playing as a defensive midfielder. He made the transition from a midfielder to a centre-back at club in 2019, upon Wolves' promotion to the Premier League, and has predominantly played at the back ever since, including under Lage this season. Saiss has missed just two Premier League games this campaign, with both absences due to his participation in the African Cup of Nations, and it was another solid display from the defender against Palace, despite the result.

A double century up for our Moroccan prince!

It’s been a long road to recovery for Pedro Neto, but his work off the field was rewarded with a first start since 9th April 2021. 11 months after he took to the pitch at Craven Cottage against Fulham, the Portuguese winger was handed a place in the starting even against Palace by Lage. The Portuguese had appeared off the bench in three consecutive games, against Leicester City, Arsenal, and West Ham United, and got another 63 minutes in the legs against the Eagles.

Playing on the right of a fluid front three, Neto tried to make things happen and will only improve with more minutes and sharpness. During his time on the pitch, the 21-year-old made three key passes, showing signs of things to come form the 2020/21 Player of the Season. 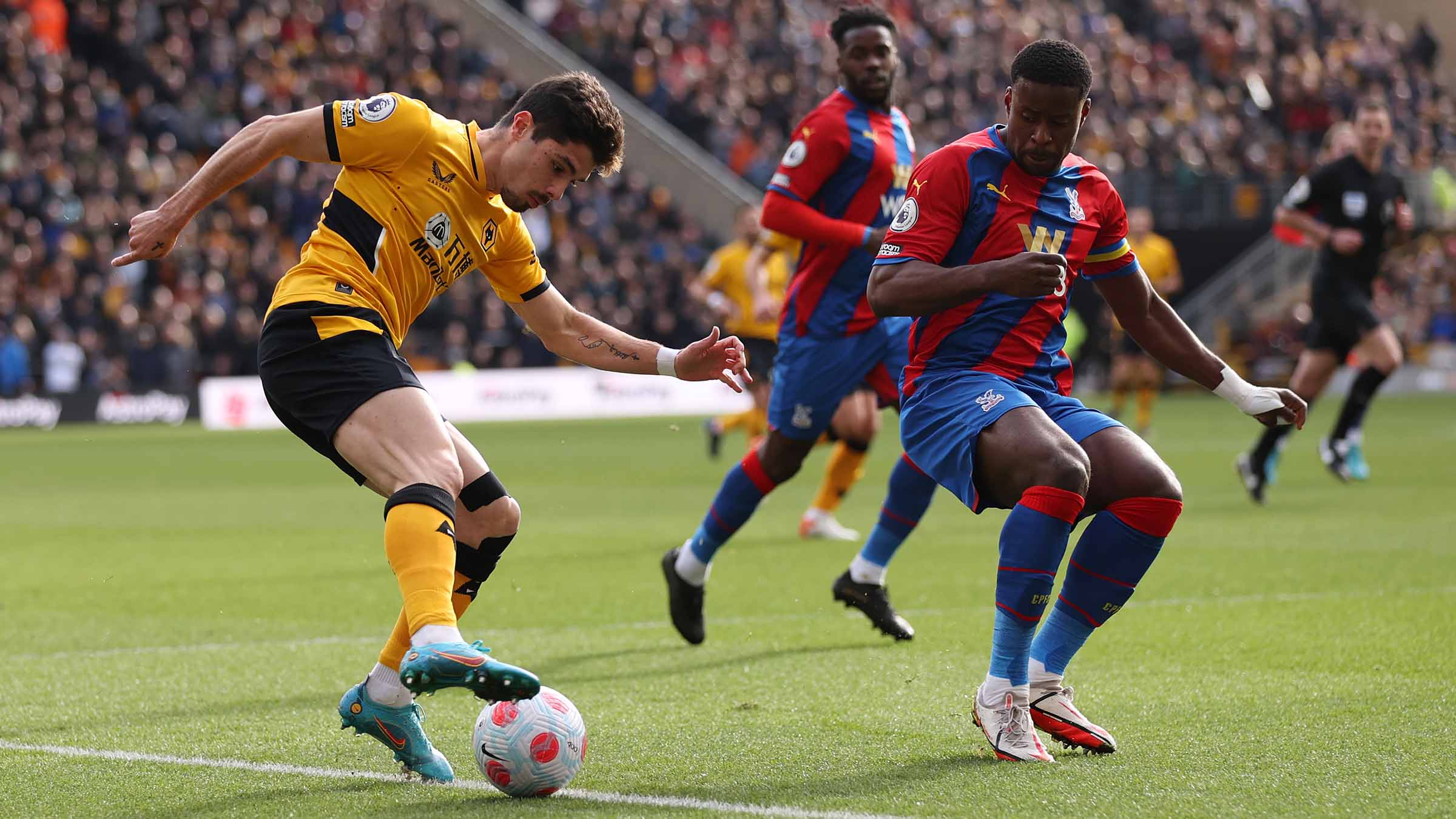 Jonny, like Neto, has been on his journey to full fitness for a long while now, and after making his return against Arsenal off the bench, he was handed another chance to impress. Although Ki-Jana Hoever started at right-wing-back, the Dutchman’s injury in the first-half opened the door for Jonny to make his return to Molineux action on 25 minutes. The Spaniard appeared on home soil for the first time since March 2021, almost a full 12 months ago, and almost two years since that was in front of supporters.

Once settled into the tempo of the game, Jonny impressed, and was involved in much of Wolves’ good working going forward. His four dribbles couldn’t be beaten by a single player on either side, and Lage will now be assessing the Spaniard, ahead of another busy week of Premier League football. 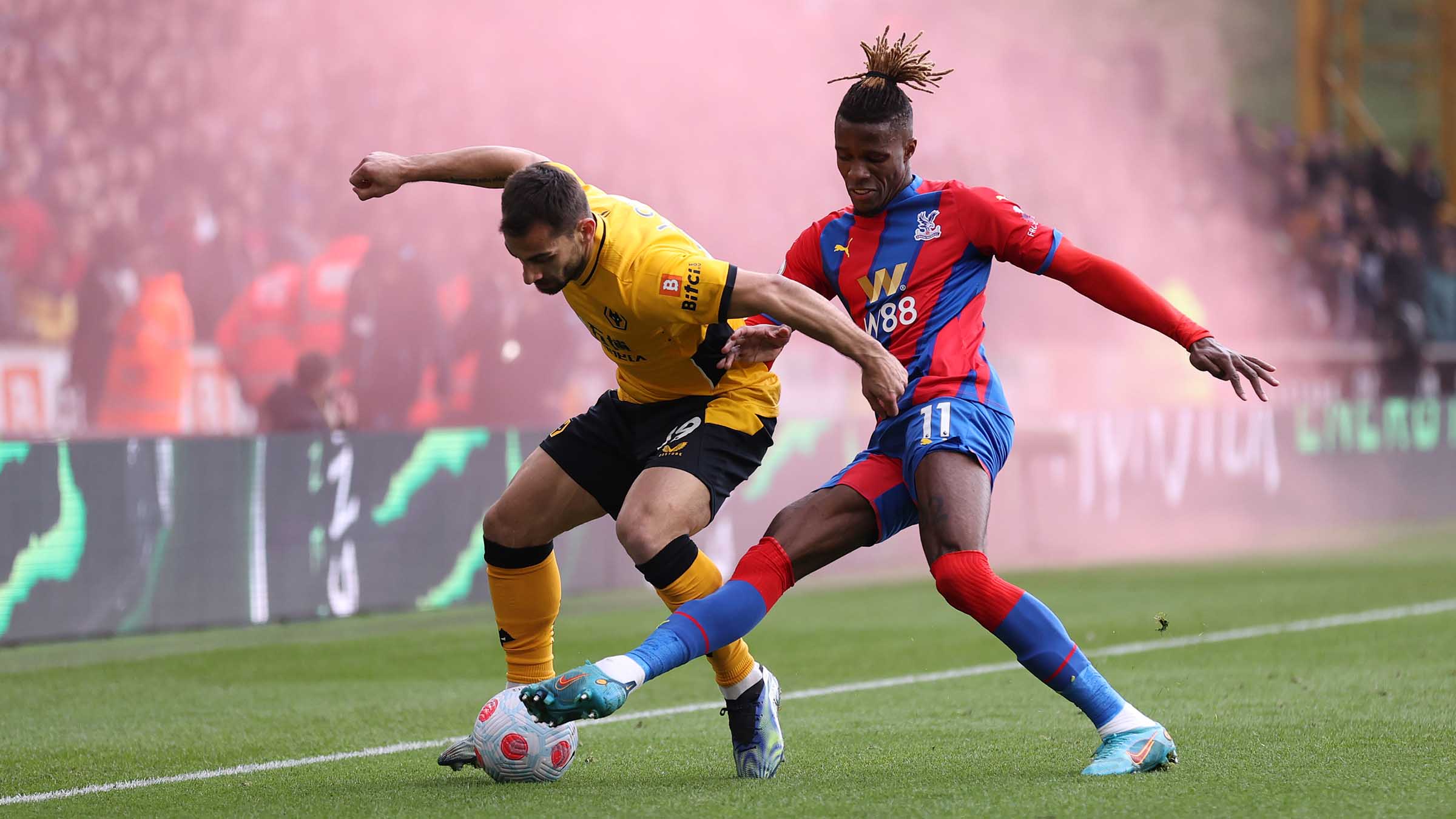 #4 Chiquinho a spark down the right

Chiquinho ended a four-match spell without an appearance by coming off the bench for the final stages against Palace, and the young winger was bright and positive yet again. After promising cameos at home to Norwich City and Arsenal, Chiquinho continued that theme again in the defeat to Patrick Vieira’s side.

Playing off the right flank, the January signing was direct and injected a welcome dose of energy and pace late into the game. His efforts weren’t rewarded with a dramatic comeback, but he did go close with a late dinked effort that was saved by the face of Vicente Guaita. Another impressive display from the 22-year-old who was excellent for the under-22s side against Reading last week.

#5 Reliable in the middle

After sitting out the defeat to West Ham, Joao Moutinho returned to the side against Palace, with the 36-year-old displacing Leander Dendoncker. The veteran was his usual composed self in the middle of the park and helped control the pace of the game in the second-half in difficult circumstances.

Yet another display of experience from someone who’s slowly ticking ever closer to 200 games played for the club. Moutinho now just needs one more Premier League appearance to hit 25 for the campaign, which will mark the 17th consecutive season he’s played 25 times or more in the league for his club. A remarkable achievement.