Wolves have won the last two and head to the Emirates Stadium in high spirits on Thursday evening, and wolves.co.uk presents the main Talking Points.

Life on the road has been good to Wolves in 2022 – Bruno Lage’s men are one of the just three clubs in the top four tiers to have perfect record away from home. Of those three, only two are in the Premier League, and only one has played as many as three matches – Wolves. In the Championship, league leaders Fulham has taken nine points from nine away from Craven Cottage, while Thursday’s opponents Arsenal also join the record, but have played just once away from the Emirates Stadium in 2022. Lage’s men famously won at Old Trafford to kick the year off and have since enjoyed a double header in the capital, taking maximum points from Brentford and Tottenham Hotspur.

What area do they head to next? The capital of course. The old gold are in London on Thursday, as well as Sunday, for trips to Arsenal and West Ham United. Overall, Wolves have 23 away points to their name – only the Premier League’s top three have amassed more – however, the Gunners are third in the league for results at home, bettered by only the top two. If Wolves win the next two, they’ll have surpassed last season’s points total with 12 games remaining.

#2 The stakes are high

While Lage won’t entertain the thought of table implications come the end of the season, there’s no denying the significance of Wolves’ next four days. Both the Gunners and Hammers sit two points ahead of Wolves in the table, and after this pair of fixtures, things could look very differently. The old gold have been good at succeeding against their nearest rivals in recent months – the four teams directly below them have been beaten by Wolves in the past two months, while of the four above them, only Arsenal have beaten them in recent weeks. So, in the mini 10-team league below Manchester City and Liverpool, the Gunners are the only side Wolves have failed to take a point from this term.

However, last season Wolves won at Arsenal for the first time in ten visits, with another four finishing as draws. Since the club’s return to the top flight in 2018, Wolves are yet to lose there. A pair of 1-1 draws came in the autumns of 2018 and 2019, thanks to Ivan Cavaleiro’s strike initially, and then Raul Jimenez, before last year’s win. Pedro Neto and Daniel Podence lit up north London in December 2019 and both could do damage on Thursday night. Podence was named Man of the Match after bagging the winner on Sunday and Neto made his long-awaited return from a knee injury, so the Gunners will be paying special attention to both.

What an ovation for @pedrolneto7 on his return.

While it’s an important game for Wolves, it holds added significance for Jimenez, who returns to the Emirates Stadium for the first time since his sickening head injury at the same ground last season. In the opposition dugout, Arsenal manager Mikel Arteta held his breath with the rest of the nation as the Mexican lay motionless on the Emirates pitch, and his return to full health and playing is a story of huge success. Arteta was asked about the incident in his pre-match press conference, saying: “Thanks to the medical team, they probably saved him at that moment from something that could have been much worse and for the recovery that he's done. It's great that after that he's come back so quickly, performing and scoring goals like he's doing. Thank God it ended the right way, but it looked really, really bad.”

Of course, Lage wasn’t at the club at that point, but watched on from afar and in person for the conclusion of his recovery and praised both the striker and medical department in his pre-match press conference. He said: “What I know is that the work the club did with Raul was fantastic. Every time people around him to prepare him the best way for training. To be honest, I never talked with Raul about what happened in the stadium, but the most important thing for these guys is the character they have.” The whole story of the striker’s incredible return is documented on Raul Jimenez: Code Red, available below.

#4 Solid Saiss at the back

One of the stories of the Wolves’ season has been the success that has been Romain Saiss. A midfielder in his early Wolves career, but the Moroccan is now a fully fledged centre back for club and country and is one of the old gold’s most consistent performers. Despite missing four games while at Afcon, it’s like the 31-year-old has never been away – his 11 clearances against Leicester City were a season high for any Wolves player during 2021/22. Looking at the Premier League overall, only Brentford’s Pontus Jansson has made more clearances all season, and he’s played two games more than the Wolves number 27. 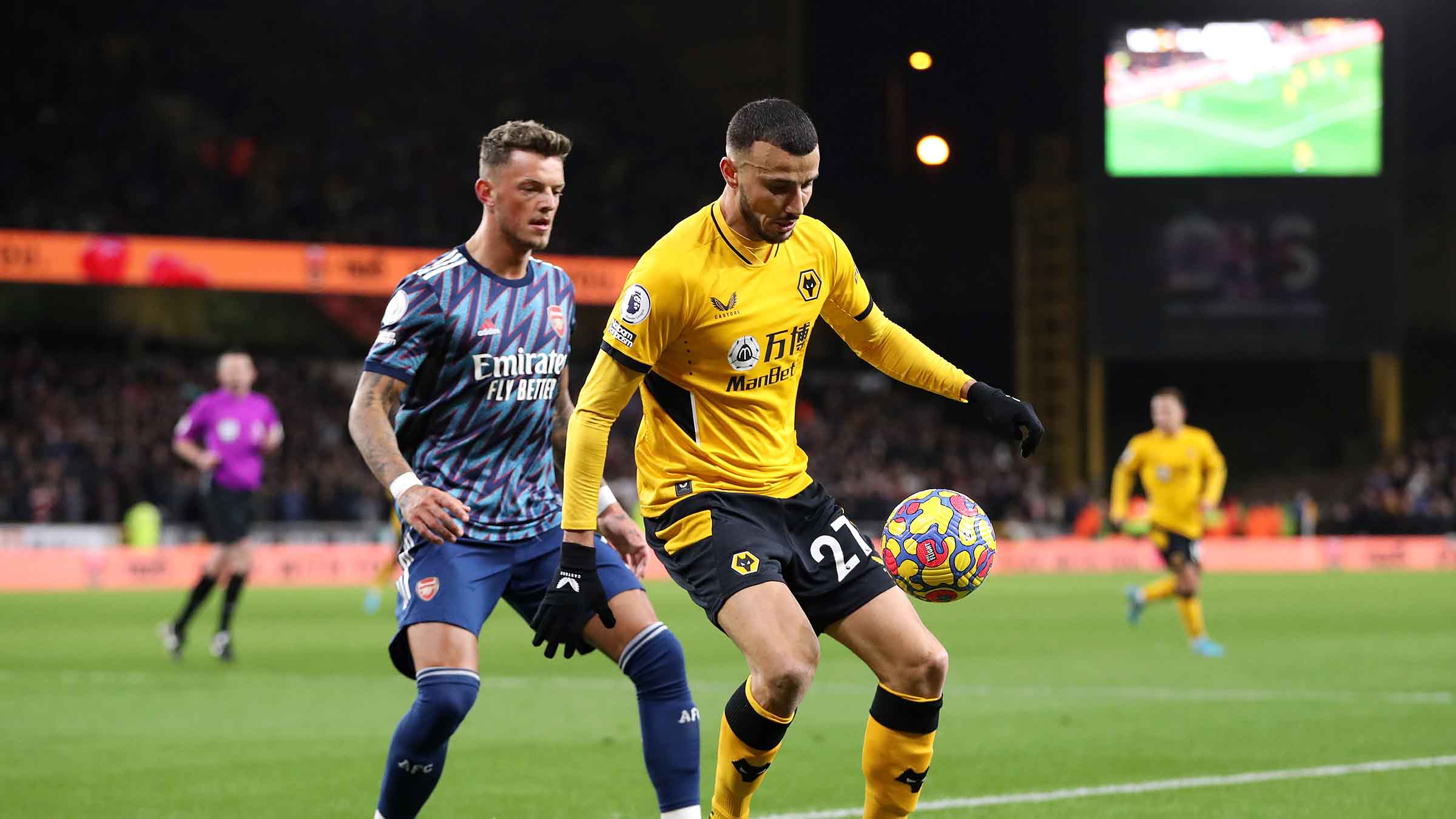