Bruno Lage insists he places the pressure on his players himself and has made it high for the trip to Arsenal on Thursday evening.

Just two points separate Wolves and Arsenal in the Premier League table, and the two go head-to-head at the Emirates Stadium, so Lage is aware of the importance of the fixture. However, his group have prepared for the game like no other, buoyed by back-to-back Premier League wins, and he’s expecting his group to hit the same high standards in north London.

On learning from the last Arsenal game

“I talk about the movements they did, and are doing very well, especially the diamond of three midfielders and the striker, and the spaces they can offer when they come to press, and we can have that space to play our game. I think it was a good game and I think we played better against Arsenal than Leicester but lost that game.

“We need to go with the same ambition, personality to play our game against a strong team. They are doing a good season, the last games they were playing well and scoring goals, so we need to understand that also. We know we have two games but every time we talk one game at a time. For now, it’s Arsenal, we played against them two weeks ago, it’s an important game for us, but also Arsenal, maybe the pressure is on Arsenal’s side, not us.

“Here, I make the pressure, and my pressure is very high. I want to go there and think about the way we want to play and try to win the game like we did in the last three or four months – with personality and character.”

A lovely @rubendsneves_ strike against Leicester.

On the confidence in the camp

“I felt that confidence since the first day, I have a good environment here, around the staff and players, so the confidence comes from the work and solid things we’re doing. For me, it’s so important the training, with little things every day you can grow up as a team to be stronger. The challenge every time when we play against teams, every time it’s a big challenge.

“We played against Tottenham, and it was a challenge, top players, against Leicester it was a hard game, a different system and different dynamic, and now Arsenal like we did two weeks ago, they are doing very well.

“A line of four, inside full-backs, wingers wide, a lot of people within the lines, the striker comes to create a diamond with the midfielders, so that’s the thing, good trainings and games, and solving problems from one game to another. After, it’s easier for us to create scenarios to prepare for the next game. Here, when you are playing against these teams, every team has big players, threats, systems, it’s a massive challenge for my career and staff and players.” 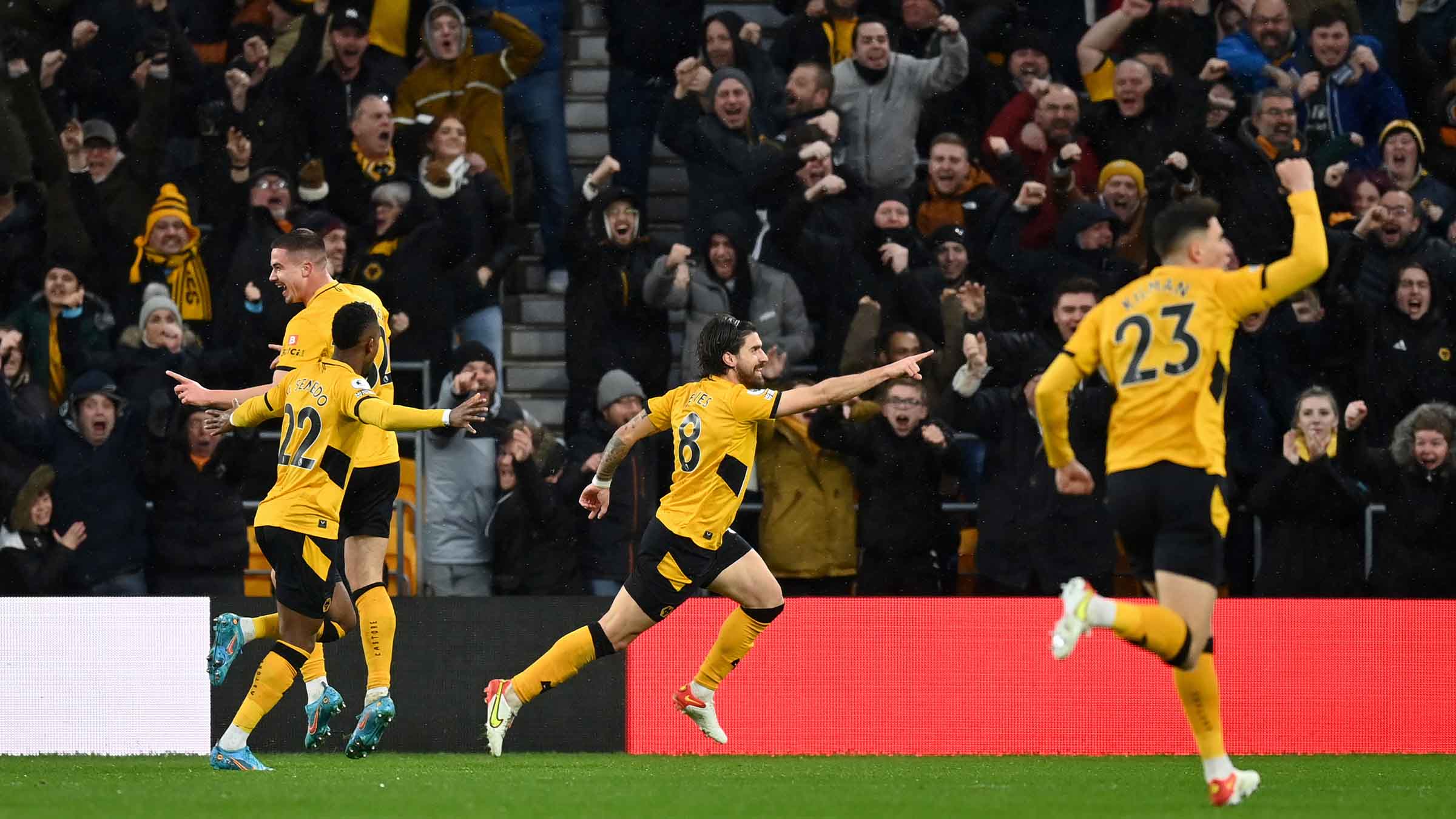 On learning each week

“Our process is very simple, see what happened in the last game, see what we can learn for the next game. Every time it’s a challenge, teams create problems we need to solve. Sometimes the systems are similar, Leicester and Arsenal have similar systems and dynamics with the midfielders, so it’s the good things, watch what we did in the previous game, analyse the opponent and prepare for the game, what we should do with the players, when defending and attacking.

“Our mentality is the same, to play the game with the ball, every time to find the spaces to play our game with the ball and when we don’t have the ball, we need to continue to work since the did from the first day, as a team. The wingers and strikers are the first guys to defend our goal.”

On a competitive squad

“It’s different teams every time, it’s four against four, five against five, and we have a rank to see who wins the most. I think Joao [Moutinho] or Marcal is number one. Joao is 35 but he wants to win four against four. If I say he’s not going to play today, he says, ‘No, I want to win’. This is the competition and when they come [back from injury], they want to compete with them.

“The competition is good for me because I put the rhythm of the training in a higher tempo, which is what I like, and the competition between the players is good because they will improve, and no-one is relaxed about nothing. We need to push the right buttons every time, so everyone is in the right moment.”