With a clean bill of health and confidence from victory last time out, Wolves will be looking forward to Sunday’s meeting with Leicester City, and here are four Talking Points to read pre-match.

#1 Squeaky clean at the back once again

Clean sheets have been the story of Jose Sa’s time with Wolves so far, and after a minor blip of three without in the Premier League – two of which still resulted in victories – he was back to frustrating strikers last time out. No goalkeeper in the top flight has kept more clean sheets away from home than the Portuguese, and when he spread wide to foil England captain Harry Kane, a sense that the points were returning to West Midlands grew substantially in the old gold camp. Being touted as the division’s signing of the season, Sa has made 76 saves, 23 sweeper clearances and claimed 23 high claims in what has been his maiden campaign in the Premier League.

Of course, it’s a team effort and in front of him, the return of Romain Saiss has been seamless. Having missed a month of Wolves action while at Afcon, the Moroccan returned for the Arsenal and Tottenham outings, and it was like he’d never been away. Last weekend, no Wolves player made more passes, committed to more blocks or touched the ball more times than the popular 31-year-old. Next to him, Conor Coady was ahead of anyone on the pitch for clearances, while further along Maximilian Kilman was named Man of the Match on the Wolves App as his fantastic season continued.

The date was 19th January 2019. Diogo Jota scored a dramatic injury time winner over the Foxes to complete his hat-trick and lift the lid off the South Bank, as Wolves ended a seven-goal thriller on top. Leaving Molineux that day, Wolves supporters were probably already relishing the next Leicester meeting, but what has followed has been in stark contrast. In the five meetings since, Wolves haven’t scored a single goal against the Foxes, meaning that Jota strike, expertly tucked away following mouth-watering build-up play from Ruben Neves and Raul Jimenez, is the club’s most recent against City.

However, Leicester aren’t far ahead, having proved similarly goal shy over that period. City have scored twice in the last five games, one of which was a penalty, leaving us with three goalless draws in between. VAR had a controversial hand in Wolves’ disallowed goals both home and away in 2019/20, but instead, it’s only Jamie Vardy who has scored in matches between the two since that January 2019 lunchtime. The 35-year-old is unlikely to feature at Molineux due to injury on Sunday, meaning it’s all set up for that duck to end. Leicester enjoyed an entertaining 2-2 draw with West Ham United last time out, and scored four in Europe midweek, so have been in the goals, but Wolves will hope, given their excellent defensive form, they’re only going one way on Sunday.

All of a sudden, Wolves appear to have strength in depth. One look at the bench at Spurs on Sunday suggested there was options to change things, with all nine recognised first-team players. That was, of course, without Willy Boly, Yerson Mosquera and Pedro Neto. Then came Friday’s press conference, when Lage announced “every player’s fit and ready to join the team” for the first time during his reign. It means Neto may get his first minutes of the season, and maybe even Jonny. The Spaniard, due to the nature of his injury, is being given all the time he needs, as is last year’s Player of the Season Neto, but could Sunday be the time?

At Spurs, Hee Chan Hwang received his first minutes since suffering a hamstring injury at Brighton & Hove Albion, and with a further week of training in the legs, will he be ready to start? On the pitch, Luke Cundle, making his full senior debut, was a picture of composure, enjoying a 98 per cent pass completion, and refusing to be fazed by the big stage, showing his manager that he’s an option for the here and now. Although Joao Moutinho is back in contention, few would complain if Cundle gets more minutes between now and the end of the season. Leander Dendoncker is fresh from scoring his first Premier League goal of the season, while Ruben Neves has had another stunning season so far – quality options in the middle of the park for Lage. 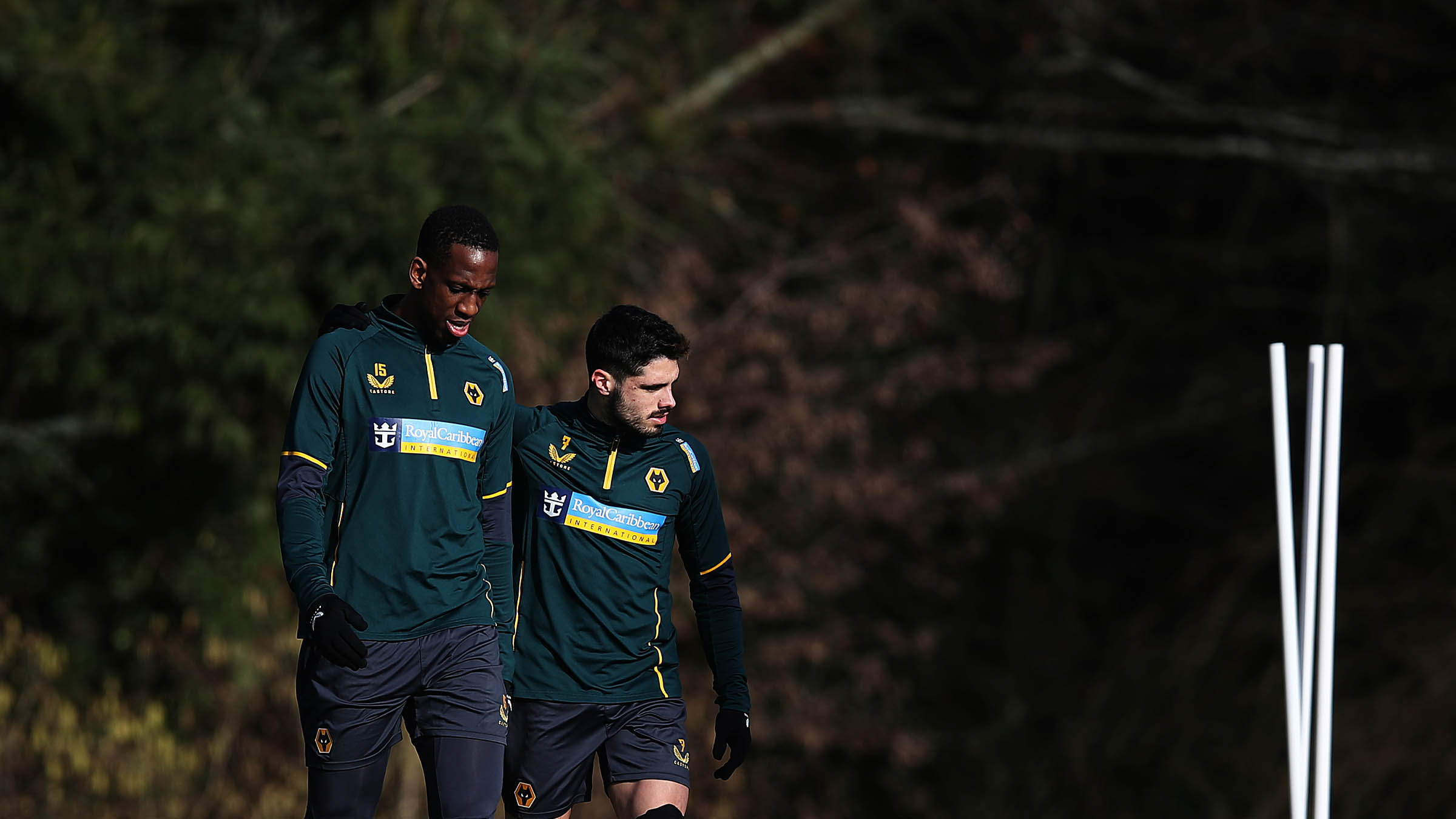 #4 Foxes on the hunt for consistency

While Leicester may not have hit the heights of recent years, they’ll know, with games in hand on the majority of teams ahead of them, that an outside charge for the European places isn’t out of the question. Brendan Rodgers’ side are currently still in Europe, enjoying their last victory as recently as Thursday night by beating Randers 4-1 at home, however, in the Premier League, they’re without a win in four, despite coming within a couple of minutes of one against West Ham last week, but for Craig Dawson’s late equaliser.

As it would with any team, the absence of Vardy’s goal have hit the Foxes hard. The striker, who has once again hit double figures this season, has been out injured since December, and isn’t expected to feature at Molineux. James Maddison [illness] and Caglar Soyuncu [knee] missed Thursday’s win and will be assessed before Sunday. The Foxes are also struggling for full-backs, with James Justin joining Timothy Castange and Ryan Bertrand on he treatment table, however Ricardo Pereira appears to have missed Thursday as a precaution and will travel. Elsewhere, defenders Wesley Fofana and Jonny Evans are unavailable. However, Rodgers will be hoping the confidence gained on Thursday continues into Sunday, when they face buoyant Wolves.

💬 “If someone doesn't want to go the same way, we will make sure. You will come with us or you will not be welcome in our dressing room."
@rubendsneves_ talks leadership and much more to @_DaveEdwards.