Goals from Raul Jimenez and Leander Dendoncker saw off Antonio Conte’s Tottenham Hotspur on Sunday, as the old gold leapfrogged their opponents in the Premier League, and here are five things we spotted.

Just days after captain Conor Coady ticked over to 300 appearances for the old gold, Ruben Neves joined him in the select group of players with 200 games played for the club on Sunday. After joining Wolves from Portuguese giants Porto, with whom Neves became the youngest captain in Champions League history back in 2017, his eye-catching performances helped Wolves to promotion from the Championship, and he’s dealt with Premier League action with complete ease and sublime class.

A midfielder with everything you’d want, he’s been at his controlling best this season, and even without his usual partner in crime, compatriot Joao Moutinho, against Spurs he delivered on the big stage. No old gold player could better his three interceptions, and only defender Romain Saiss topped his 49 passes in the game. His typical long-range shot also led to the second goal. A proud achievement for the 24-year-old, who still has a long career ahead of him.

What a pleasure it is to watch this man play week in, week out.

Luke Cundle has been in and around the first-team for the entire season, making his debut as a 90th minute substitute in the 4-0 Carabao Cup victory over Nottingham Forest in late August. The midfielder has also appeared 21 times in the Premier League squad and was introduced for his top-flight debut in the dying embers of the thrilling 3-1 win over Southampton in January.

His form in training gave Bruno Lage enough faith that he could replicate Moutinho’s work in the middle of the park against Tottenham, and he rewarded that trust wholeheartedly. His 96 per cent pass accuracy was the best of any player in either starting eleven, and there wasn’t even a slight hint of nerves in his performance. Playing to the left of Neves, it was an assured start to life in full Premier League action, and with a busy schedule of fixtures still to come, he’s done his chances of further first-team appearances no harm.

He made his return to the matchday squad in the defeat to Arsenal last week, and it was a comeback on the pitch for South Korean forward Hee Chan Hwang at the Tottenham Hotspur Stadium. Hwang replaced Daniel Podence after 81 minutes of the clash to signal his first minutes since the 1-0 away win over Brighton and Hove Albion in December.

Until Jimenez’s opener against the North Londoners, Hwang was the old gold’s joint top-scorer in the division, so Lage will be hoping he can regain his pre-injury form, and a first start in over two months could be just around the corner for the dynamic forward. On the pitch it was a quiet affair for Hwang but given his lay-off it’ll take a few weeks to get back to full speed.

It's great to have you back with us, Hee Chan!

It’s been a season of variety for Lage’s men, indicated by the fact that no less than 13 players have found the back of the net in all competitions. The goals have been kept out at one end of the pitch and have been shared around at the other. Four defenders have even found themselves on the scoresheet this campaign, and the versatile Leander Dendoncker, who typically operates in the middle of the park, added himself to the list of players to have scored in the Premier League in 2021/22.

His goal against Spurs won’t win any awards, but was a reward for instinct and determination, and it gave his side a crucial two-goal buffer, and with the backline not conceding more than one goal in a game since the start of November, it more than likely allowed Lage to relax a little. The Belgian international now has two goals in all competitions, drawing himself level with fellow central midfielders Neves and Moutinho. 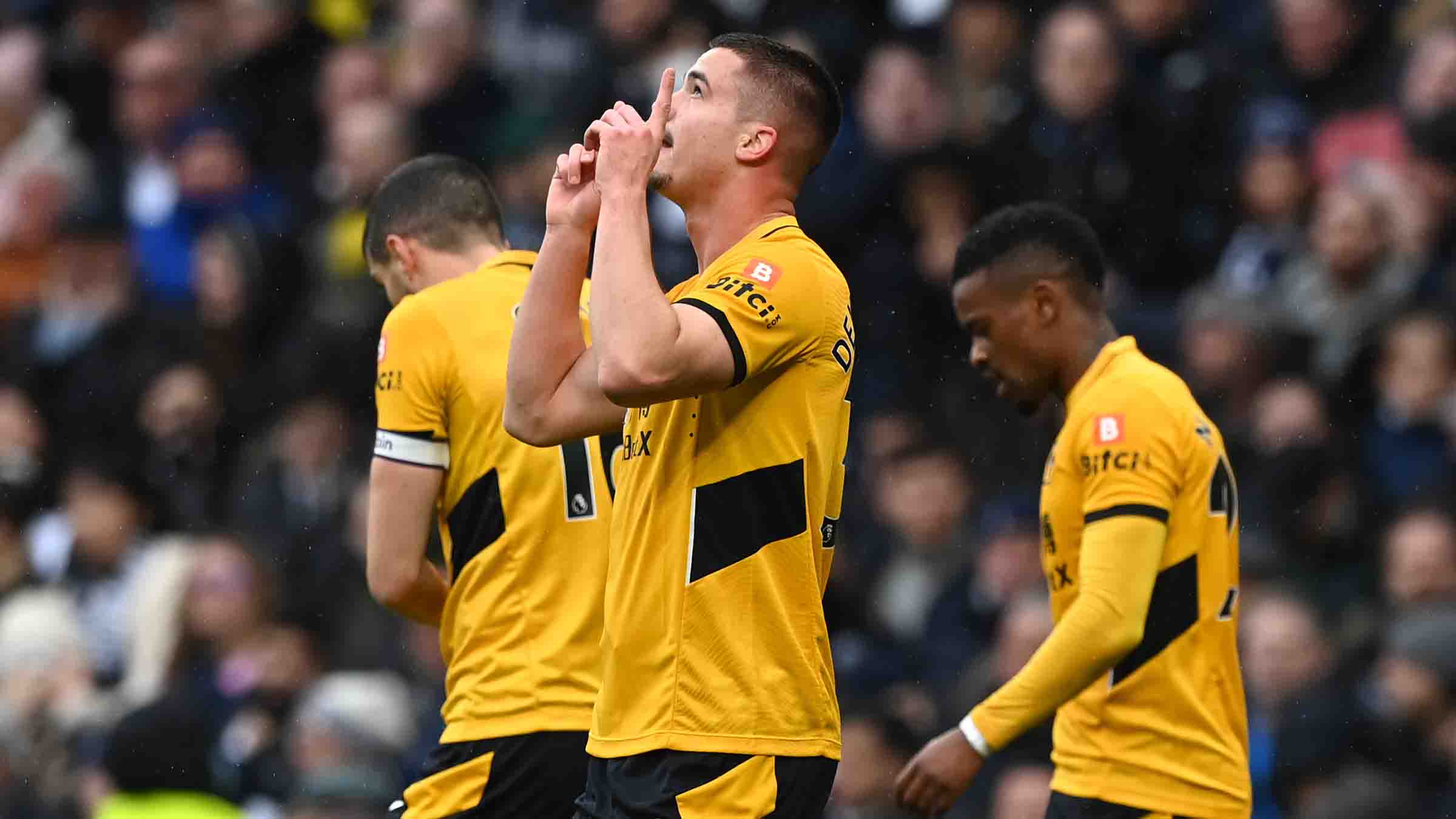 #5 Options all over the pitch

Squad depth is so important in the English top flight, and recent weeks have displayed the level of talent in the entirety of Lage’s squad. Marcal started at left-wing-back against Arsenal, but it was Rayan Ait-Nouri who filled that space against fellow North London side Tottenham on Sunday evening.

Not only that but Cundle’s full debut demonstrated how the academy prospects have a pathway to the first-team, and with an impressive set of youngsters coming through, more could follow in Cundle’s footsteps. In addition, Toti performed immensely in Romain Saiss’ AFCON absence, but has taken up a place on the substitutes bench since the Moroccan’s return, which highlights the vast amount of options that the managerial staff have to choose from. Furthermore, with Hwang returning, as well as Jonny, who featured on the bench once more, a positive end to the season, with plenty of rotation, looks a real possibility.