Wolves suffered a first Premier League defeat of 2022 on Thursday night, but amidst an eventful game, here are five things we spotted.

Although he has switched to a back four in the latter stages of the two most recent matches, Bruno Lage is consistent with his favoured back three. 3-4-3 has regularly been the go-to formation during the 2021/22 campaign, but, partially due to circumstances, he opted to alter the shape to a 3-5-2 against both Brentford and Norwich City in the past two games. However, the Portuguese changed back to his preferred system against Arsenal, with Francisco Trincao coming into the front three after returning from his Covid-19 isolation, and Raul Jimenez replacing Fabio Silva through the middle. Although it wasn’t a fruitful evening in front of goal for the old gold attackers, the control they held will give confidence to Lage that it’s perfect the shape for his group of players.

Romain Saiss had started every league game for the club this year before heading out to Cameroon to captain his nation Morocco in the Africa Cup of Nations. His final game before leaving was the historic 1-0 away win over Manchester United, and the centre-back missed the win over Sheffield United in the FA Cup third round, victories against Southampton and Brentford in the Premier League and the FA Cup fourth round loss to Norwich. Toti Gomes, who returned from his loan spell at Grasshoppers in January, was the man entrusted with Saiss’ berth on the left-hand side of the back three, and the youngster performed admirably in the 31-year-old’s absence.

However, with Morocco exiting AFCON at the quarter-final stage to eventual runners-up Egypt, Saiss returned to base in Wolverhampton on Sunday, following the Norwich reverse, with Lage optng to give the defender a well-earned rest, and his reintroduction to the team happened against Arsenal. It was a typically impressive display from the defender, racking up a match-high four interceptions, double that of six players in joint second with that statistic. His rasping effort in the second-half also brought out the best in Aaron Ramsdale between the Arsenal sticks.

😩 Romain denied by a stunning save from Aaron Ramsdale! #COYW pic.twitter.com/Fd7oT8ApD4

After making his old gold bow in the defeat to Norwich, Chiquinho was introduced off the bench against the Gunners to mark his first appearance in the Premier League. The livewire winger was bold on the ball last weekend and was a bright spark yet again in the Premier League. He caused problems for Brandon Williams on Saturday, and it was a similar story against Kieran Tierney.

Positive and always looking to beat his man, Chiquinho couldn’t provide the crucial end product in his cameo, but it’s an encouraging sign for the future that he’s made an impact in consecutive games. With just nine top flight starts in his senior career so far, all coming this campaign for Estoril, the 22-year-old will now be pushing for an even more prominent role in Lage’s thinking.

#4 Jonny and Hwang back in the mix

Against Arsenal, Lage would have been delighted to welcome back both Hee Chan Hwang, and perhaps more significantly after a long layoff, Jonny. The former has been absent since mid-December after suffering a hamstring injury against Brighton & Hove Albion, and has been missing from the matchday squad for the past four Premier League games, but was set to feature against the Gunners. Unfortunately, the South Korean suffered an uncomfortable back spasm in the lead-up to the game and was unable to come off the bench, but Lage expects him to be out for only a matter of days.

Jonny hasn’t featured for the old gold since last April after suffering a second ACL injury within 12 months. In fact, the Spaniard has played just eight games since the start of last season, so it’s a real boost to have him back involved with the team. A start for both, Jonny in particular, may seem a little way off, but it was a good phasing in period to integrate them back into the matchday environment.

#5 Back under the Molineux lights

It may seem small, given the result, but the Molineux crowd was electric on Thursday night. Victory may not have been tasted, however, it was the kind of atmosphere the home fans have become famous for. A cauldron-like heat was produced, and it transferred onto the players. Surprisingly, considering the heavy fixture schedule over the festive period, the defeat to Arsenal marked the first match under the Molineux lights in more than two months.

The most recent night game at home came all the way back on 1st December with the 0-0 draw against Burnley. There was a similar level of dominance in the two games, with Arsenal and Sean Dyche’s side both being beaten in the possession stat and shot counter. The next night game at Molineux on the current schedule is a Friday night clash with Leeds United on 18th March. 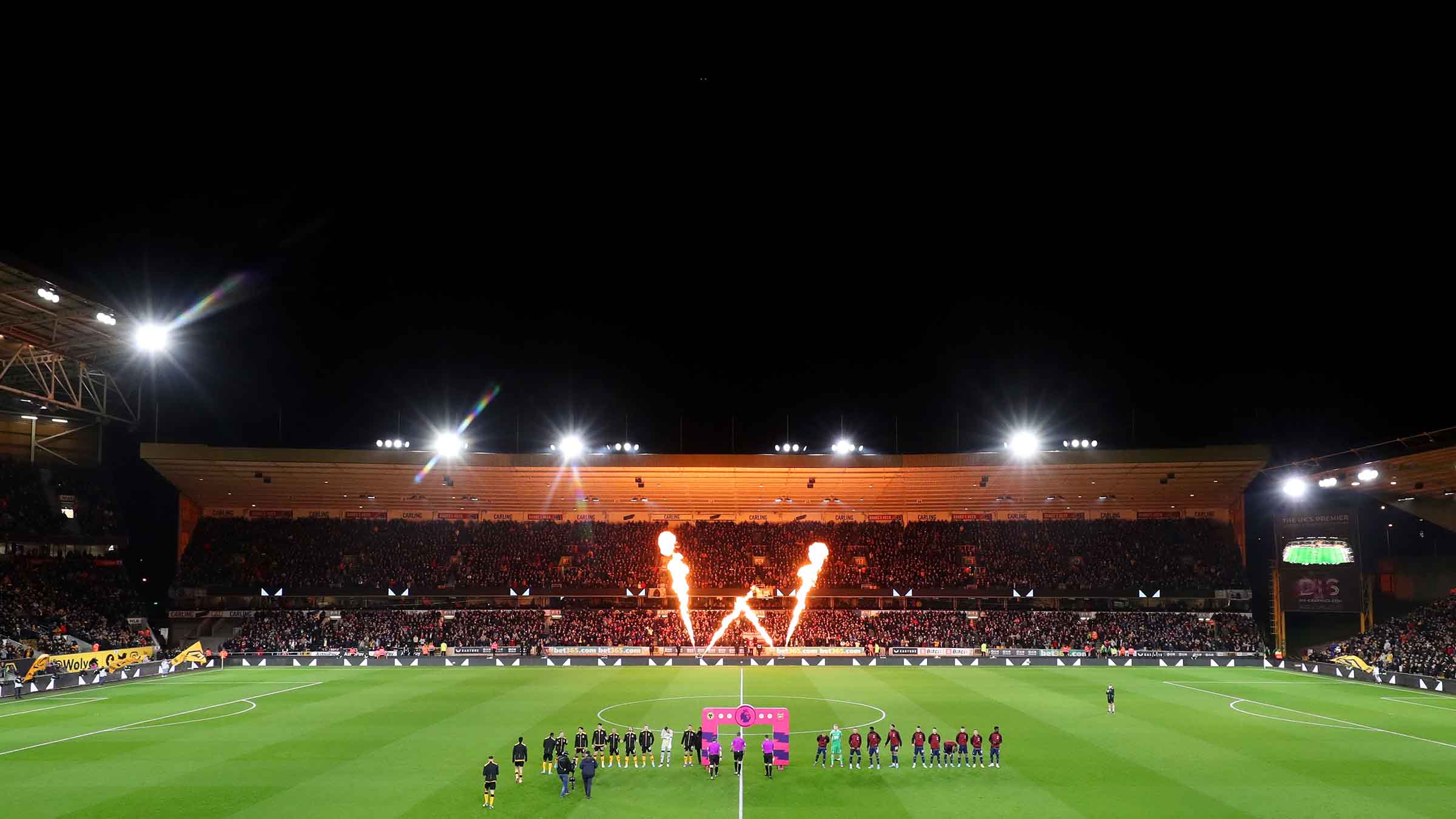