Kenny McLean’s late first-half header saw Wolves exit the Emirates FA Cup at the fourth round stage, but here’s five things we spotted during the tie.

A midfielder by trade, but now one of the most complete centre-backs in England, Conor Coady made his 300th appearance for Wolves against the Canaries, becoming the 36th player in history to reach that milestone. Matt Doherty and Dave Edwards were the two most recent additions to the 300 Club, until Coady etched himself into the history books.

Having joined from Huddersfield Town in 2015, Coady became a vital part of the old gold team immediately after signing, and was named full-time club captain upon promotion back to the Premier League in 2018. Coady has now started every game in all competitions this season, proving his remarkable fitness levels. His leadership skills go without saying, and despite conceding from a set-piece, it was Coady’s voice commanding the backline throughout the 90 minutes. Another impressive display from Mr Wolves.

There was just one change made from the win against Brentford, with John Ruddy replacing Jose Sa in between the sticks. However, the Premier League winter break, which saw Wolves go two weeks without a game before kicking off against the Canaries, may have affected things.

The first-half never really got going, maybe due to sharpness. Things picked up nicely in the second-half, with the tempo improving, but it’s no surprise Lage went strong in order to get the juices flowing again before many of the same players face Arsenal in a huge Premier League clash on Thursday night. 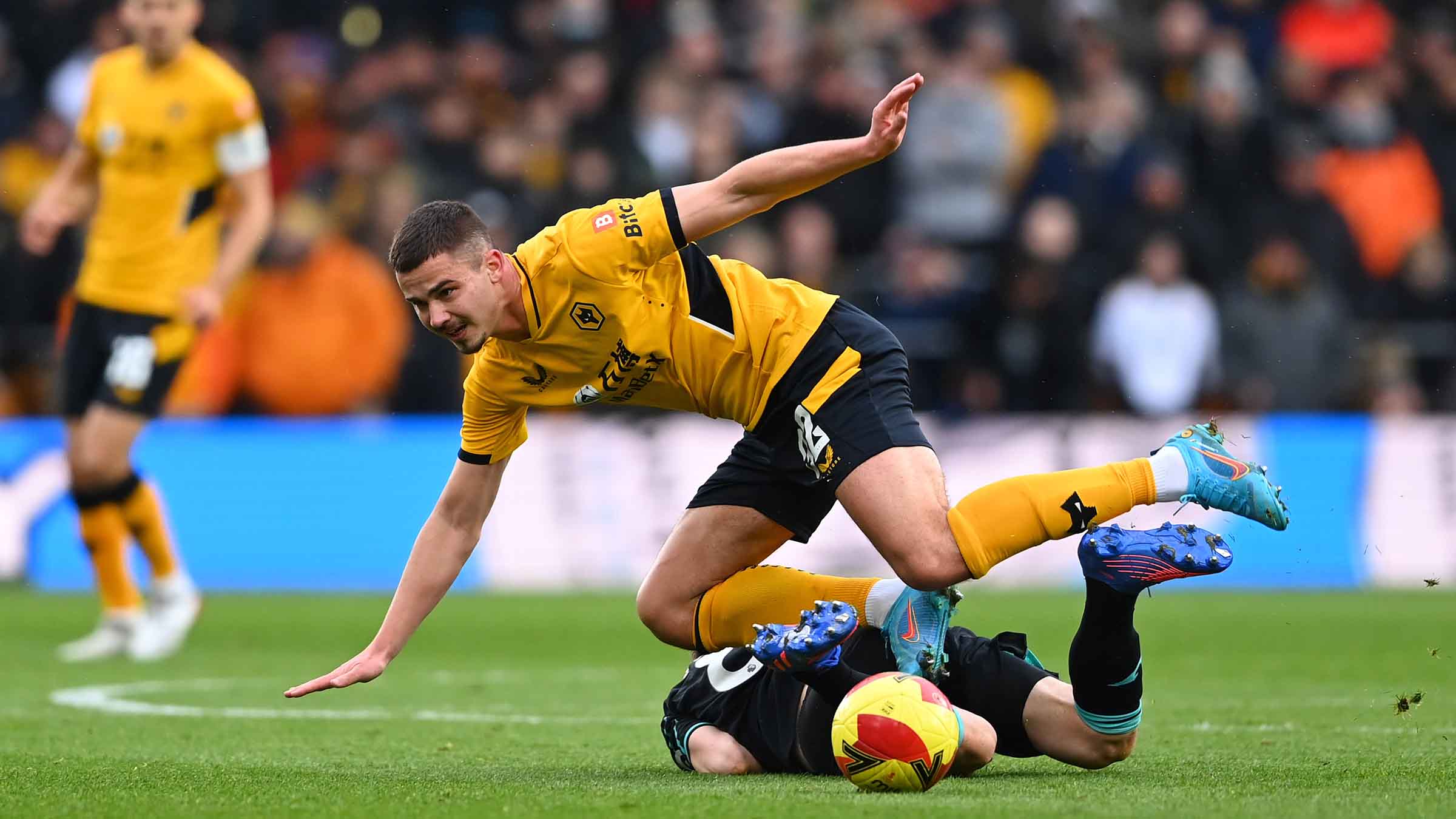 Lage has continued the fine foundation constructed by his predecessor Nuno Espirito Santo by deploying a 3-5-2 or a 3-4-3 formation this campaign, and it’s clear that the system is one that suits the old gold, as seen by results in the Premier League. However, for the first time of his reign, the head coach switched to four defenders in the second-half, rather than three with wing-backs. Of course, the game started with Wolves’ traditional set-up, but with the old gold chasing the game, the switch to a back four was enacted by Leander Dendoncker being replaced by Chiquinho.

With Nelson Semedo on the right, Coady and Maximilian Kilman in the middle, and Rayan Ait-Nouri on the left, it was an entirely new structure to Lage’s team, and it gives the formation potential moving forward. The new system adds another string to Lage’s bow that he can alter the system mid-game, something that has rarely been seen at Molineux this decade.

With Adama Traore joining Barcelona during the January transfer window, Lage opted to bring on young Portuguese winger Chiquinho against Norwich. The 21-year-old was an unused substitute against Brentford in the most recent league game and was handed his Wolves debut off the bench against the Canaries. Stationed on the right flank after replacing Dendoncker with 15 minutes left to play, Chiquinho was busy and bustling from the get-go, clearly keen to impress his new manager.

The Portugal under-21 international was a bright spark. Direct and dynamic, he emphatically won his battle with Norwich left-back Brandon Williams during his time on the Molineux pitch. His first piece of notable action didn’t come until stoppage time, but it saw him deliver an inch-perfect cross onto Fabio Silva’s head, which his compatriot couldn’t keep down. The second moment of magic from the winger was arguably even better. Just moments later, he squared up Williams, jinked left and right with neat stepovers, before bursting down the line with a turn of pace and whipping in the kind of cross Raul Jimenez usually feasts on. It was delivered into the corridor of uncertainty with pace and was simply begging for someone to get a touch on it. Promising signs for the future.

#5 Ruddy impressive against his former side

Sa has been an incredible signing for the old gold, keeping eight clean sheets in the Premier League, but Ruddy has been the man chosen to conduct duties in between the sticks in cup competitions once again this campaign. After keeping a clean sheet against Sheffield United in the previous round, Ruddy couldn’t do the same this time around, but he was as reliable as ever.

While McLean’s winning header looped over the goalkeeper into the far corner, there was little he could do, and he made several crucial saves to keep the old gold in the game as the full-time whistle approached ever closer. In the first 45 minutes, he produced an excellent point-blank save to deny Adam Idah, who looked destined to open the scoring when played through on goal by Milot Rashica. Several other sharp stops, including a low palm away to prevent Norwich substitute Kieran Dowell from doubling their lead, were the reason the old gold held hope of snatching an equaliser in the final stages.

On his 70th appearance, Ruddy continued to show he’s as reliable as ever, although he couldn’t help the side to a victory against the team he played over 200 times for between 2010 and 2017.