Lage | 'The players did everything'

While disappointed to exit the Emirates FA Cup, Bruno Lage believes his players gave everything in the second-half to progress in the competition.

After Kenny McLean had opened the scoring on the stroke of half-time, Wolves rallied in the second-half and Daniel Podence struck the post during a period of dominance from the hosts. Ultimately, that equaliser never arrived, and Wolves’ unbeaten start to 2022 is over, but now the head coach is focused on finding solutions within his squad ahead of a quick return to Premier League action.

“We wanted to continue in the competition, but Norwich scored one goal and we didn’t. First-half was a different dynamic, we know the way they usually play with a line of four and our plan was to play with wingers inside to do the movements, but we had just one winger inside the pitch, and in the squad, because Chiquinho just arrived. We asked Leander [Dendoncker] to do the same dynamic as the wingers and he did his best.

“The first-half was different to what we normally do, because the dynamic wasn’t there, too many people in front of the block, a good block of Norwich, we didn’t have the space between the lines that we usually do. In the same way, I think we controlled the game.

“The free-kick, I already talked with Max, in the 45th minute we gave them a chance. In the second-half we came with a different dynamic, we changed everything, we created a lot of chances, and deserved at least to score one goal. After, you never know what happens. Congratulations to Norwich.” 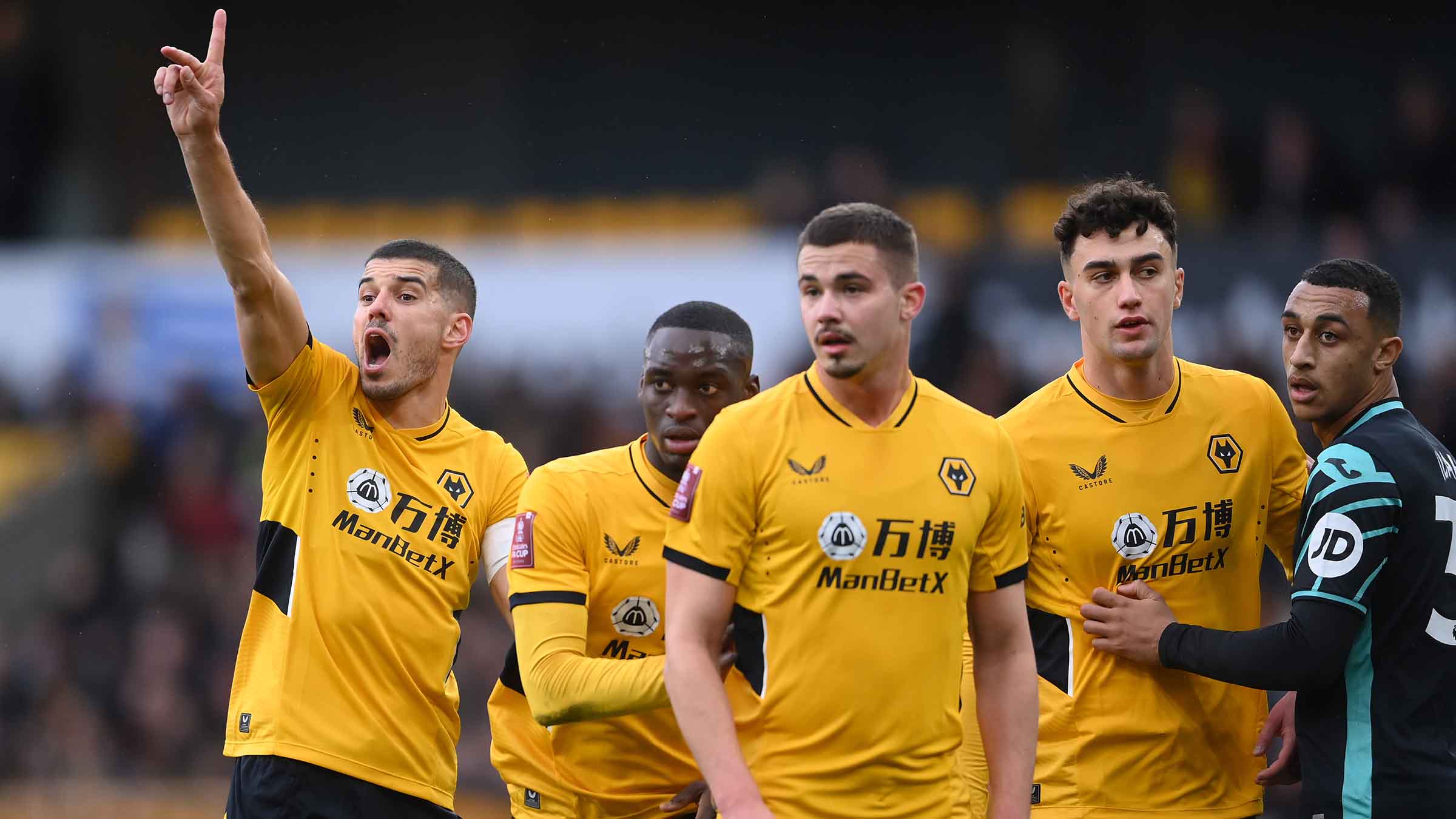 On a strong period after the break

“In the period where we came to the second-half, we had the chance with Daniel [Podence] on the post, if we scored that goal, you have more time to relax and understand what’s happening in the game, what spaces they can give to us. What’s important is the second-half, we did everything in our hands, with the players in our squad, to change.

“Chiquinho on the side, Leander at the back to carry on the game, to try to find players inside. Then line of four with Fabio [Silva] and Raul [Jimenez] as strikers. Too many crosses, sometimes we need more headers – the strikers should be in the position because they were good crosses. This is life. I’m not complaining, we need to find solutions in our squad to continue the dynamic.”

“He’s very important. I said to the players minutes before the game, today we needed to give a special game for him. Every time he’s there. He had a little problem in his ankle and every time he trains and plays. Today we needed to run for him because we needed to celebrate this day in the best way.

“We didn’t have the chance, but second-half was good, the players did everything and we are here against on Thursday against Arsenal to take the best decisions, the best solutions, and to play well.”

On his squad available

“That is our life, and now we will recover, give a lot of confidence for the players because what we did in the second-half was much better, and to play our game against Arsenal on Thursday with a big confidence to continue what we are doing in the Premier League.”