Lage | On a point, solid Wolves and VAR

Bruno Lage was impressed with different parts of his team’s performance against Chelsea, particularly the way they took the game to their hosts in the first-half.

Wolves were impressive before the break, having a goal ruled out against the Champions League holders, who found the hosts in stubborn form in defence. After the interval, Wolves were organised and Jose Sa was only forced to make one save from Christian Pulisic, which pleased Lage come full-time.

On another point on the board

“At half-time, they had time to adapt, to understand what happened in the first-half, and like the big team they are, they came with everything. We held on, we protected the spaces, defended well, continued to press, so when you look at what happened, it was a good point, but we’re disappointed because we played for it.

“We look to Watford, very happy with what the players are doing, we have a lot of problems, a small squad, injuries, and the players are giving everything, some of them out of position and I’m proud of them. We talked with the players, focus on the game, and that’s why we prepared the game in a good way and did the first 45 minutes.”

“I protect VAR, it’s very important for football. Before, the referee made a good or bad decision and after we analysed. Now, we can do it during the games. How can I explain that to my players? Everyone in the dressing room was talking about that. I said to my players to continue to come and not talk about referees.

“VAR disallowed our goal because Raul was offside, we did very well the way we played, but it’s the same VAR which didn’t see the handball from the Chelsea player and two games ago, it was the same situation with us. Referee mistakes, OK, but when you go to VAR you have to be fair and analyse. VAR should take more right decisions.”

On the positives to take

“The biggest positive for us was the first-half, we created a lot of problems for them, the way we played. I said to my players, I need everyone fit, because you never know. Today we played with four midfielders and tried to play a diamond because Chelsea play with a line of five, two midfielders and three strikers, and we wanted to have more players in the middle.

“We created some good chances and had some time on the ball. The first 20, 25 minutes they were a little bit confused because we had the right men in the positions to have more time on the ball. We prepared for the game and the players did everything we asked. After the break they had time to adapt, and they came with everything but continued to play our game. We are working every time as a team, compact and solid.”

“They had problems with Covid, but I had issues with injuries since the start of the season. Everyone has their own problems, but in the end, some games are being cancelled and we need to understand if the decisions are fair and right for everyone.” 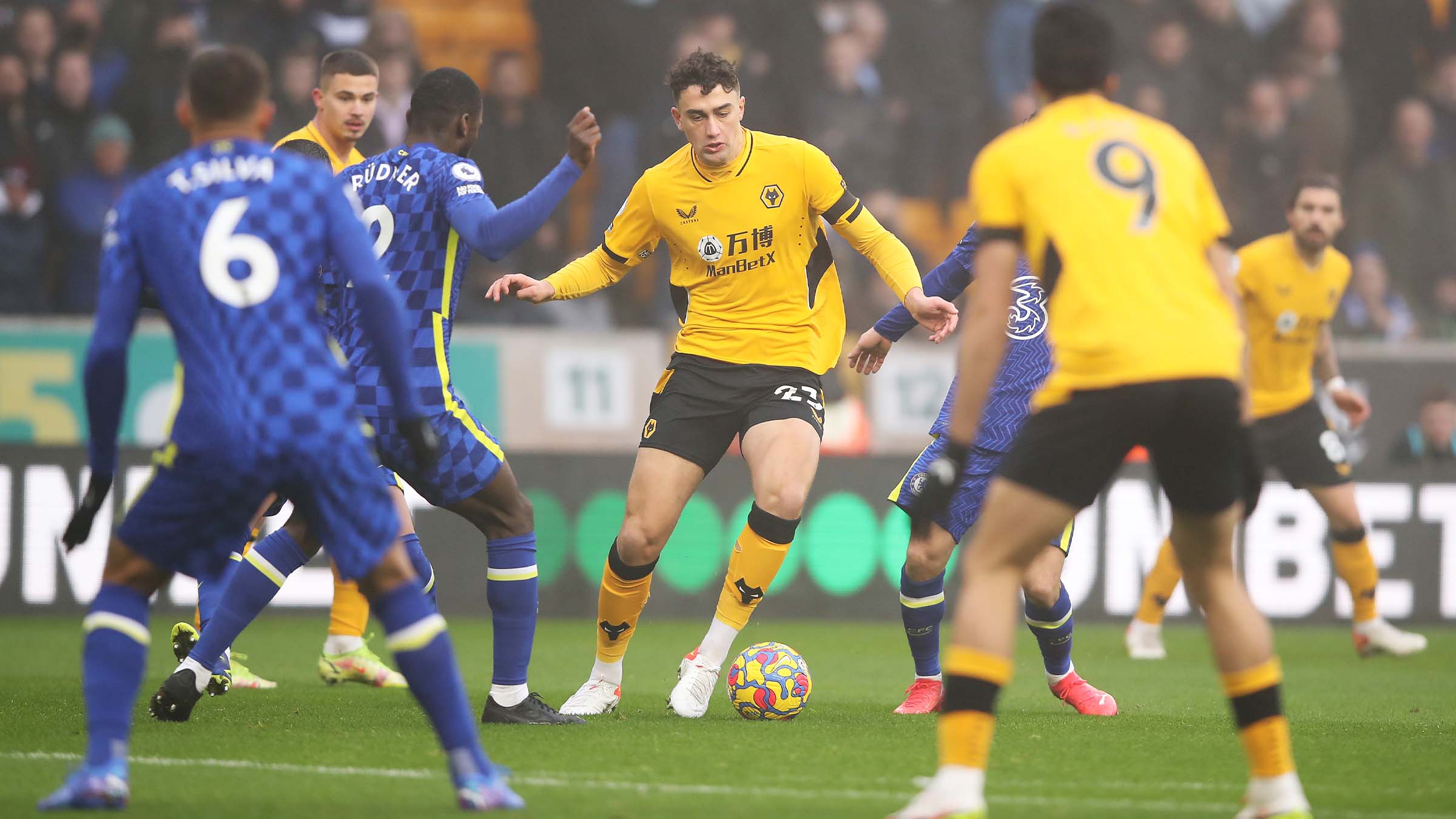 On implementing his style

“We are very solid when we defend, teamwork, we talk about the three central defenders, but everyone is involved when we are defending. You see the strikers pressing and our identity is to do it more times like we did in the first-half, to have the ball, create chances.

“This is what we should do more, but we’re in the Premier League, the way other teams are pressing, sometimes it’s hard to continue, but we are there. Little things every day, good things like we did today give confidence to the players.”