Having got back to winning ways on the road at Brighton in midweek, Wolves will be back at Molineux on Sunday afternoon looking to continue their unbeaten run against high-flying Chelsea, and there are plenty of pre-match talking points.

Wolves went into Wednesday evening’s clash at the Amex without a goal from their previous four Premier League matches, albeit having only conceded two goals against themselves in the process, so the side in gold and black were more than relieved to see the ball nestle in the back on the net on the way to earning a 1-0 victory over the Seagulls. Although the goalscorer may have been a surprise, especially considering the quality of the volleyed finish, it should be not really have been much of a shock.

Defender Romain Saiss latched perfectly onto a delightfully lifted ball from Ruben Neves to slam the ball into the far corner of the net – with his weaker foot, no less – and that made it five consecutive Decembers where the centre-back has got on the scoresheet for Wolves. The Moroccan started his festive run back in the Championship when he scored in the Boxing Day fixture against Millwall in 2017, before finding the back of the net exactly a year later away at Fulham in the Premier League. His next December goal came on the 21st in 2019 on the road at Norwich in a 2-1 win, and last season he scored on 27th December to earn a point against Spurs at Molineux.

Wolves couldn’t have asked for a much tougher end to 2021 than the one which the Premier League fixture calendar has rustled up for Bruno Lage’s side – with the old gold taking on five of the tradition ‘big six’ in the space of 30 days. The team have already gone toe-to-toe in narrow 1-0 defeats with Liverpool and Manchester City in the past fortnight, with the Reds needing a 94th minute winner to snatch all three points and City relying on a ridiculous VAR decision to hand them an undeserving match-winning penalty.

Lage’s men will complete their run against the top three with the visit of Chelsea on Sunday, but the fun doesn’t end there, as following a Boxing Day clash with Watford at Molineux, Wolves will take a trip down to the Emirates to face Arsenal on 28th December before heading back up the M6 to Old Trafford on 3rd January for a clash with Manchester United. With one of the toughest December fixture lists in the league, the fact Wolves are still in the eight in the table shows the impressive job the squad is doing.

#3 Covid-hit Chelsea settle for a point

Chelsea arrive at Molineux off the back of Thursday night’s 1-1 draw with Everton, in which both line-ups were depleted because of positive Covid tests. The game went ahead despite Romelu Lukaku, Timo Werner and Callum Hudson-Odoi testing positive, while Kai Havertz was awaiting a result on his test and was not risked. The former three will still be undergoing Covid isolation this weekend, so will miss Sunday’s match with Wolves. Chelsea will have Mateo Kovacic back after his quarantine has now ended.

But Chelsea cannot blame the result on those missing players. If anything, Everton were hit even harder than the Blues. Rafa Benitez was forced into handing a debut for 18-year-old Ellis Simms, while goalscorer Jarrod Branthwaite and Jonjoe Kenny were making their maiden Premier League appearances of the campaign, and the bench included youngsters Lewis Dobbin and Tyler Onyango. Everton have already seen their fixture with Leicester called off this weekend, and if Chelsea discover more positive tests among their squad, then their visit to the Black Country might find itself going the same way.

#4 The impact of ‘Plan B’ measures

Although the return of supporters to Molineux this season has provided a boost to everyone at Wolves, the safety of fans is the club’s top priority during these difficult times and following the Government’s announcement regarding the introduction of a move to ‘Plan B’, this has changed the requirements for adults attending venues with more than 10,000 people, so the Premier League has introduced new protocols for all match-attending fans.

It is now a legal requirement for supporters to show an NHS Covid pass or recent negative lateral flow test result before entering the stadium, otherwise they will be denied entry. All fans aged 18 or over will also be required to pre-register their Covid status ahead of arriving at the stadium. Those attending Sunday’s game should do that now, by clicking here. Supporters will also need to show certification hat demonstrates they are any one of the following:

Further information, including accepted forms of Covid-19 certification and exemptions, can be found here. 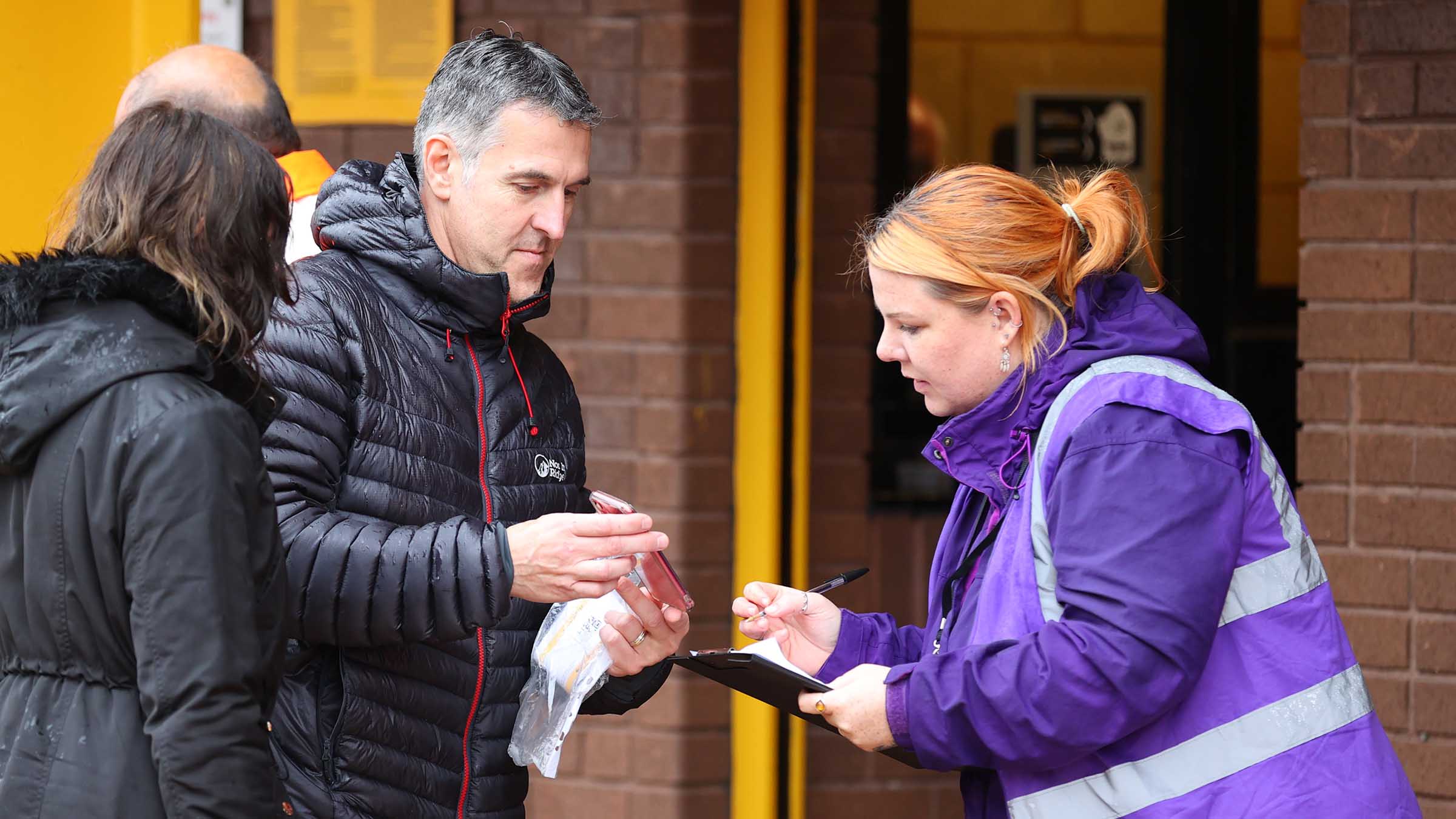