Lage | On winter schedule, history with Dyche and Burnley's threat

Bruno Lage is embracing the busy Premier League winter schedule as Wolves begin a run of seven games in December by inviting Sean Dyche and his Burnley side to Molineux on Wednesday evening.

Having experienced a slate of two games every week in his previous managerial roles in Portugal and the EFL, the head coach knows what is facing his players during the coming weeks, but having confirmed injured quartet Willy Boly, Pedro Neto, Yerson Mosquera and Jonny will not be back until the new year, and together with Ruben Neves’ one-game suspension and Daniel Podence’s Covid isolation, it means the squad will be somewhat smaller than usual in midweek.

Despite these challenges, the head coach believes the winter months will prove to be a real test for not only his playing squad but also his coaching staff, as Wolves try to pick up as many points as possible before the dawn of 2022.

“That’s the big experience you can have. When I was in the Championship, that was a big learning because when you are there it’s like this, but all season.

“When I came to this position in Benfica, we played in the championship, Champions League and the cups and we had that feeling.

“I think the most important thing is for us, for the staff, to prepare the best we can for the games. After that, we’ll see who is the best 11 to play each game.

🔙 to it on Wednesday night.

We take on Burnley at Molineux.

On having competition inside his squad

“I talked about the squad at the beginning of the season for our fans to understand my ideas and what I want. For sure, I haven’t changed my mind. I want a squad of competition. I want two top players for every position to have competition inside.

“It’s going to be a good test for us and for my squad, to see if they are ready to go through these two months, because December will be hard, and January will also be hard because we’re going to lose some players for CAN [Africa Cup of Nations].”

On the challenging winter ahead

“Every day is a challenge, but that’s why we are working hard every day, not just on the pitch, but also in meetings, so they understand my ideas.

“We want everyone to be fit and ready, and we have players who are working to play more than one position because you never know what’s going to happen.

“Sometimes things happen with Ruben, like yellow cards, some injuries can happen, and also Covid, in the case of Daniel. That’s why every time we need to be ready to play because you never know what’s going to happen in the next game.”

On Burnley’s weekend off

“If the game was today, I’d agree [they’d have an advantage], but the game is tomorrow night, so we have plenty of time to recover from one game to the other – a lot of time.

“Three days between the games is more than enough to be ready to play with full energy.”

On going head-to-head with Dyche

“We’re going to play against an experienced coach. The first time I played against him was 2015 when I was assistant at Sheffield Wednesday, and after six or seven years, the manager is the same.

“Every time he’s doing well. He’s doing well in the Premier League, he did a fantastic season in the Championship in 2015. 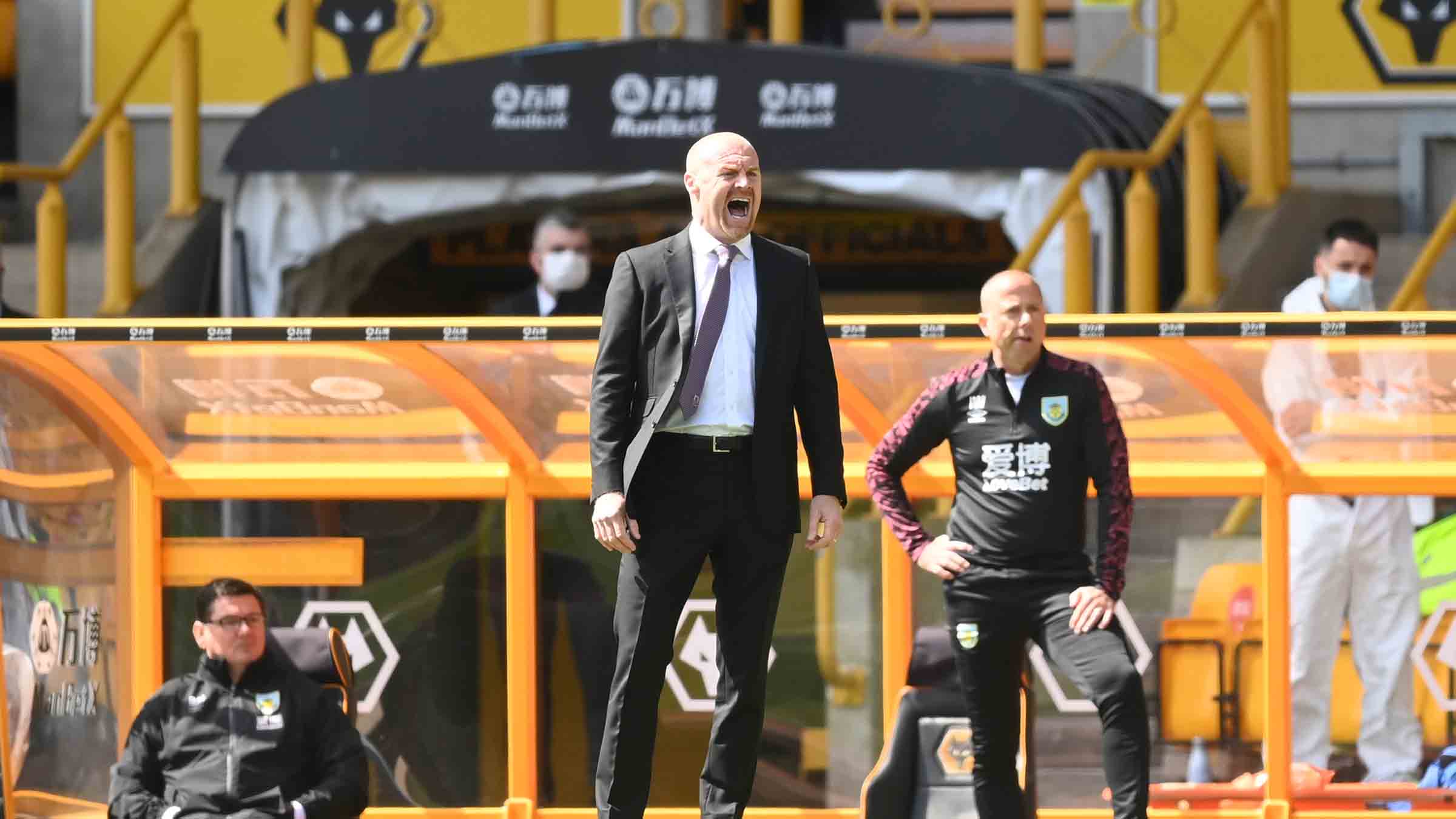 “They have their own style, but they have a lot of experience in English football, but also when you look at the squad, the quality they have, especially the strikers.

“You have Wood, Barnes, Vydra, Rodriguez and Cornet. Five strikers in the squad like this. Usually they play with two, but they have different kinds of players with different profiles. They have big solutions.

“When we play against Burnley, they are top players. That’s why every time we need to prepare ourselves in the best way because every time we are playing against top players and experienced coaches, like Burnley have.”