Wolves’ Portuguese quartet will have to try and qualify for the 2022 World Cup via the play-offs having had their place in Qatar next winter snatched from underneath them in the final minutes of their clash with Serbia.

With both teams sat on the same points at the top of UEFA qualifying Group A, the winner-takes-all contest came down to the wire, but Portugal were on the losing side.

Many of the old gold squad have been in World Cup qualification this week and wolves.co.uk rounds up the action which took place on Friday, Saturday and Sunday involving Bruno Lage’s players.

With their draw with Ireland on Thursday meaning qualification was in the hands of Wolves’ Portuguese contingent heading into Sunday’s fixture with Serbia, where even a point would have been enough to secure a place on the plane to Qatar, Aleksandar Mitrovic dramatic late winner snatched the place for Serbia in dramatic circumstances. Moutinho was the only Wolves player to start the match at the Estadio da Luz, while Neves was introduced in the 84th minute off a bench which also consisted of Sa and Semedo, but they were unable to hold onto the early lead given to them by Renato Sanches, meaning a place in the play-offs in March awaits.

Ivory Coast are facing a winner-takes-all clash of their own on Tuesday evening following a 3-0 win over Mozambique in CAF’s World Cup qualifying Group D as Willy Boly completed the whole 90 minutes at centre-back. Goals from former Leeds forward Max Gradel, Burnley’s Maxwel Cornet and Fulham’s Jean-Michael Seri secured all three points on Saturday, putting the Elephants one point ahead of Cameroon with the final group game to come this week. Ivory Coast will head to Cameroon on Tuesday, knowing a win or a draw will be enough to move into the third qualifying round, but defeat will end their hopes of making it to Qatar.

Morocco maintained their 100 per cent record at the top of CAF qualifying Group I, as Saiss captained his country to a 3-0 victory away in Sudan. The Atlas Lions, who have already booked their place in the next round of qualifying, opened the scoring in just the third minute, before adding a second just before the hour mark and a third in added time. Saiss once again helped his side to another clean sheet and will be confident to make it six wins from six on Tuesday as they host Guinea.

Mexico and Jimenez were dealt a minor blow to their World Cup qualification campaign, having fallen to second-placed Unites States in the early hours of Saturday morning. Leading the line for his country once again in Cincinnati, the Wolves number nine was unable to add to his goal from the last international break, with USA taking a 2-0 win and moving to the top of CONCACAF qualifying on goal difference over El Tri. Mexico are on the road again in the early hours of Wednesday morning, taking on third-place Canada in Edmonton, with the hope of moving back to the top of their qualifying group. 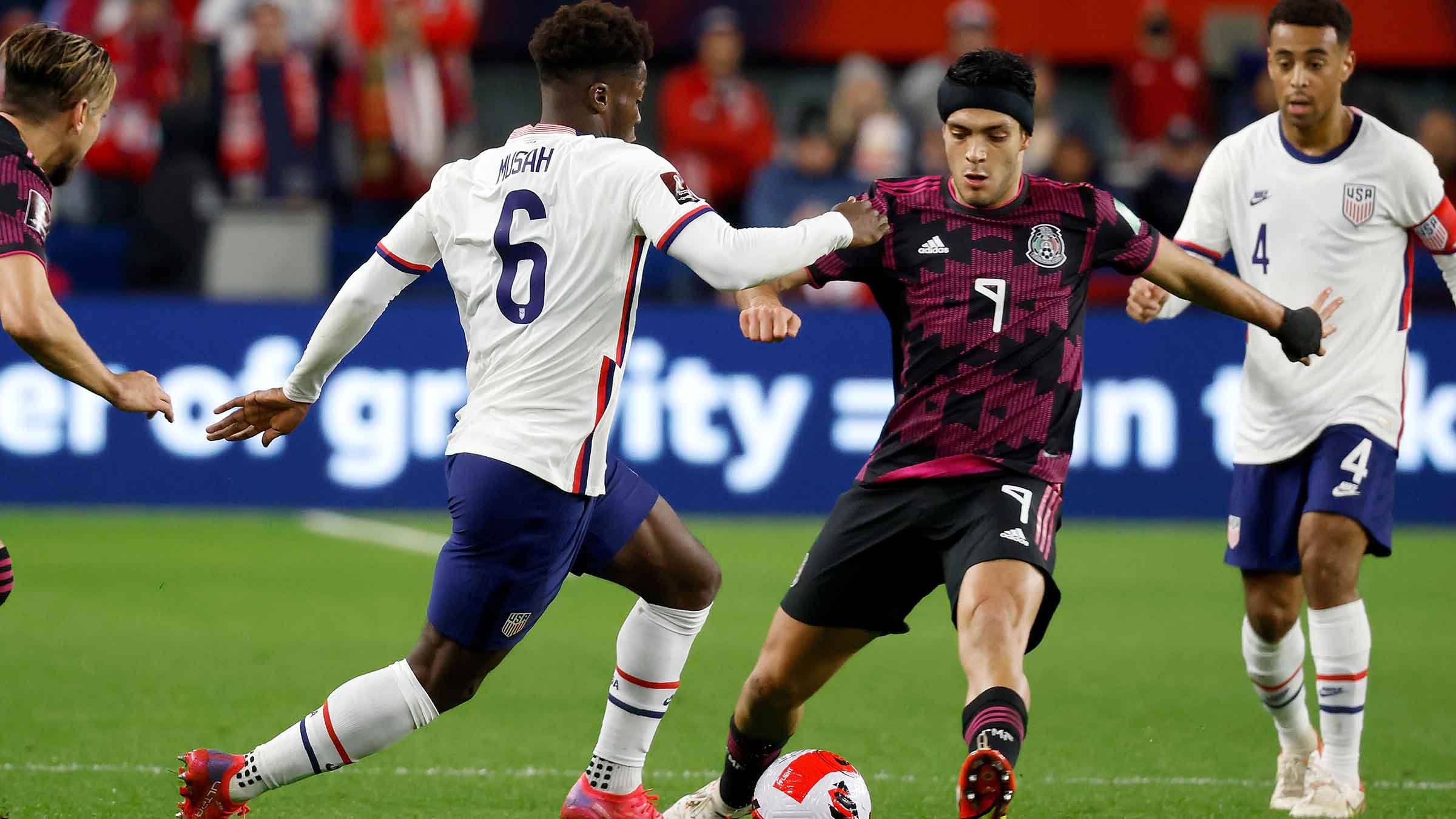 Wolves captain Coady was an unused substitute as England all but secured their place at Qatar with a comfortable victory over Albania at Wembley. The Three Lions sit at the top of the Group I table, three points clear of Poland (with a plus-six goal difference advantage) with just one match remaining in qualifying. Gareth Southgate has already confirmed Coady will be starting the final game on the road in San Marino this evening, where anything other than a heavy defeat will be enough for England to book their place at next winter’s World Cup.

Sitting at the top of Group E, Belgium have secured their place at the World Cup with the help of midfielder Dendoncker. However, the Wolves man had to settle for a place on the bench as the Red Devils overcame Estonia on Saturday evening. Having already qualified, Belgium boss Roberto Martinez may be expected to ring the changes for Tuesday’s visit to second-place Wales, meaning Dendoncker could get a rare run-out for his country.

Silva played just over an hour of Portugal under-21s’ Euro championship qualifier against Cyprus, with the striker playing his part in a front two who have kept their country at the top of the Group D table. It was Silva’s strike partner Goncalo Ramos who put the side in front early on, and Portugal maintained that scoreline, putting them in pole position for next year’s tournament. Silva could be involved again on Tuesday as Portugal face another clash with Cyprus, this time back at home.

Netherlands are also in qualifying for the 2023 U21 Euro championships, but unlike Portugal, Hoever’s side currently sit second in the Group E table, with 10 points from their opening four matches, following victory over Bulgaria. Having fallen behind early on, Netherlands brought on the Wolves full-back at half-time, and helped guide his team to a vital three points. Hoever could be back in action from 1pm this afternoon as they head to bottom of the table Gibraltar.

Hee Chan Hwang will be hoping to help South Korea move one step closer to the 2022 World Cup when his country head to Iraq on Tuesday afternoon, while Morgan Gibbs-White and England under-21s travel to Georgia tomorrow as part of their U21 Euro Championship qualification campaign.