Hwang voted Castore Player of the Month for October

Hee Chan Hwang has been voted the Castore Player of the Month for October by Wolves supporters, following a fine month in old gold.

During October, the 25-year-old showed his devastating finishing, which helped Wolves to three points against Newcastle United and a draw at Elland Road.

In a vote carried out on wolves.co.uk and the Wolves App, Hwang pipped Raul Jimenez and Maximilian Kilman to become the third different winner of the monthly award this season, following successes for Kilman and Jose Sa in August and September. 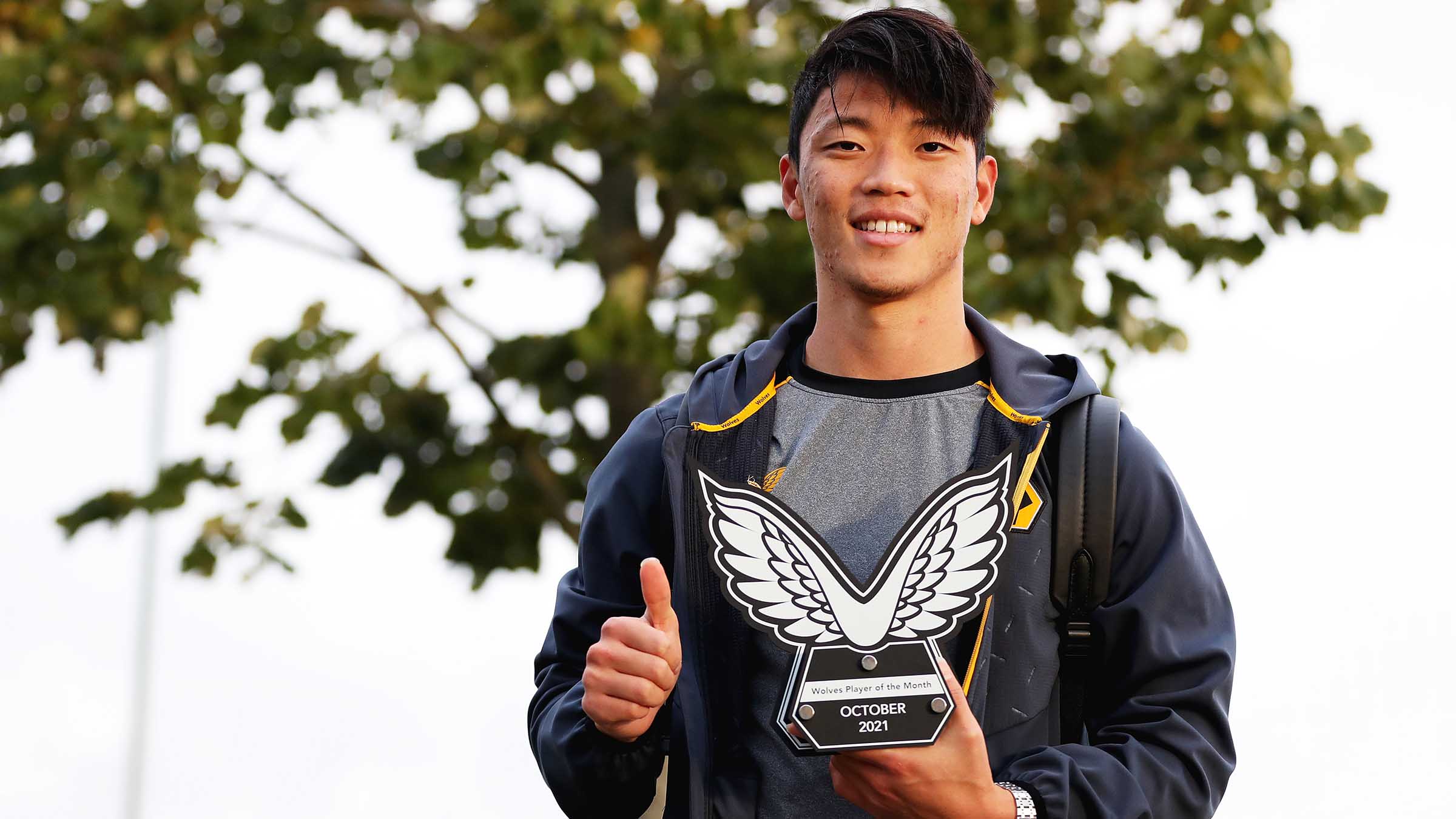 October began brilliantly for the South Korean, who produced two sumptuous finishes to secure victory over Newcastle at Molineux, linking up impressively with Jimenez in the process.

Then, in Wolves’ third and final game of the month, Hwang bagged the opening goal in a 1-1 draw at Leeds United, where he showed great initiative to gobble up a chance once again created by Jimenez.

Hwang received his award at Compton Park, before heading away for international duty with South Korea this weekend.