Back on home soil, with four points in the bag from their efforts on the road, Wolves host Everton under the Molineux lights on Monday evening, and Talking Points is here to get you clued up pre-match.

During the opening month of the season, performances packed with chances, which ultimately went begging, were the narrative for Wolves, but since the September international break, something changed. In the six matches to follow, Wolves have scored in all but one of them, and have done so with fewer opportunities. Just two of Wolves’ first 82 shots this season found the back of the net, but since then, they’ve bagged seven in the most recent 29. Hee Chan Hwang has played his part in that, bagging with all four of his shots on target in old gold, the most recent of which came early on at Elland Road.

That goal earned Wolves a first Premier League draw since the start of May, a 1-1 in the Black Country derby against West Bromwich Albion. It also continued the old gold’s unbeaten run, which now stands at four, with victories over Southampton, Newcastle United and Aston Villa coming before. Bruno Lage will want the chances, goals and points to keep coming at Molineux on Monday evening.

Hee Chan Hwang's goal at the weekend was our 3️⃣0️⃣0️⃣th in the @premierleague.

#2 Food for thought on the left

Rayan Ait-Nouri has had only Carabao Cup action to impress in this season, but his big chance arrived at Elland Road, and few could argue that he didn’t take it. Marcal had started every Premier League game at left-wing-back this season, and his knock prior to the trip to Yorkshire was kept under wraps by Lage, so when the team was announced at 2pm, it was a surprise. However, Ait-Nouri let nobody down. Within the opening five minutes, the Frenchman had already got in twice down the left and after the break he stung the palms of Illan Meslier with a fierce shot towards the near post.

The youngster won five tackles, the most of any Wolves player, joint with Leeds’ Pascal Struijk, while no player in old gold made more passes or took more touches than the influential Frenchman. However, it was how he dealt with Leeds’ main threat, Raphinha, for 54 minutes which was arguably his biggest achievement. The Brazilian leads for goals and assists for the West Yorkshiremen this term but provided neither before departing injured just before the hour. While Lage will likely provide an update on Marcal in his pre-match press conference, he’ll know that Ait-Nouri is ready and waiting for another opportunity if called upon.

#3 A mixed bag against the Toffess

Clashes with Everton weren’t prosperous ones for Wolves last season – tight defeats home and away, fairly typical of the 2020/21 season. At Molineux Ruben Neves cancelled out Alex Iwobi’s early strike and a draw looked the likely outcome until Michael Keane headed in a late winner. In the reverse fixture at Goodison Park in May, with supporters slowly dripping back into stadiums, Richarlison scored the only goal of the game, which saw Wolves come close on a number of occasions. In fact, that goal was the Brazilian’s fifth against Wolves since the club’s promotion back to the top flight, so his return to fitness isn’t the greatest news Lage could receive.

It’s not all been doom and gloom however, Wolves won 3-0 in the previous Molineux meeting, shortly after football returned during the pandemic. Molineux will be a wholly different place on Monday night as well, as Wolves play under the lights in the Premier League for the first time this season. It’s also the first time supporters have watched their team after dark at Molineux in the league since a 0-0 draw with Leicester City on 14th February 2020 – 627 days ago when Monday arrives. Time to make up for lost time?

For Everton, the absence of Yerry Mina and Abdoulaye Doucoure was felt heavily last weekend. Colombian defender Mina felt his hamstring in training leading up to the Watford clash, so when it came to defending set pieces, his absence was noticeable, with Michael Keane the only other towering option in Everton’s back line, and the Hornets duly profited. Doucoure is another big presence on the pitch but is out until at least after the international break with a foot injury, and now youngster Tyler Onyango, who is yet to make his Premier League debut, is believed to be closing in on an opportunity to benefit from the Frenchman’s injury. Missing those two was a blow for Rafa Benitez, as is the continued absence of Dominic Calvert-Lewin, who is expected to face another month on the sidelines with a thigh problem. However, it’s not all bad news for the Toffees, who saw Richarlison mark his return to action off the bench on Saturday with his second goal of the season.

Those injury issues culminated in a surprising 5-2 reverse to Watford – a second home defeat in a week for the Toffees, who’d previously enjoyed a perfect start to the season at Goodison Park. Away from home it’s been a mixed bag for Benitez’s side, who won at Brighton, and picked up creditable points at Leeds and Man United, but were also well beaten at Aston Villa. The damage from those home defeats is minimal though, with Everton still sat eighth, a point off the European spots with nine games gone, going into Monday’s clash. 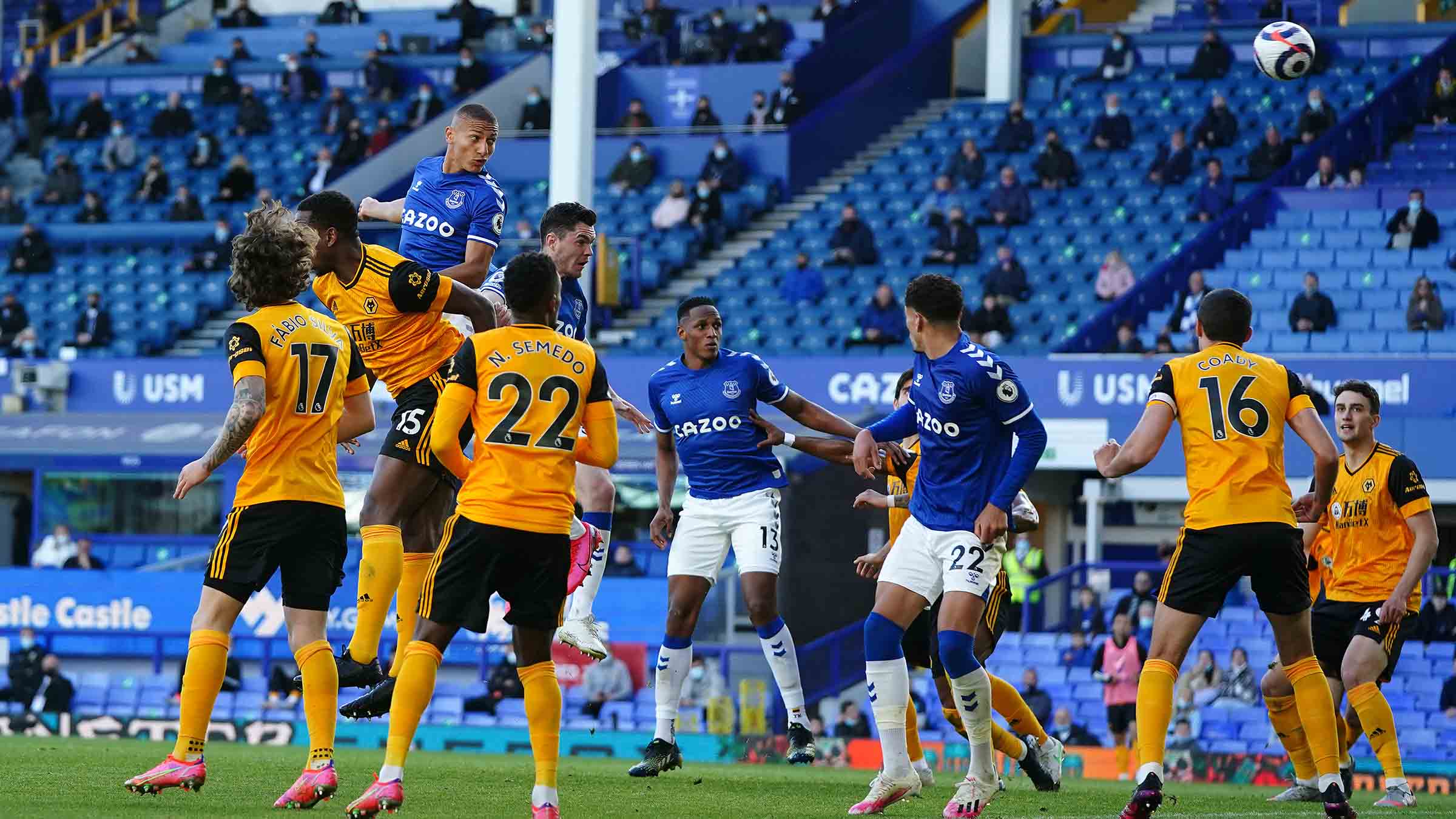