Bruno Lage was pleased with the work of his players at Elland Road but wants his team to have more possession of the ball in games in the future.

After Hee Chan Hwang had put Wolves in front against Leeds United, Wolves defended impressively until the closing stages, but a late twist saw the hosts awarded an injury time penalty which Rodrigo converted. Until that point, the hosts had enjoyed few efforts on goal, despite dominating possession, and Wolves remained a threat on the break, so while the late twist was painful, Lage looked at the positives post-match.

On a cruel late twist

“This is football. In the same way we won three points against Aston Villa in added time, today it was our turn to drop two. When you look at the game, I think we can accept the result, but in the same way, when you look at what we did, I think we controlled the way they created chances because we didn’t concede too many chances, just one when we tried to play from the back and we missed the ball and they had the great chance.

“We did what we had to do to control Leeds, but what we need to do better is to have more time on the ball and we didn’t have it. So, it’s a hard game, every time it’s very hard to play against teams that defend like that, every time they come to press, they follow man to man, and the guys in front don’t have the space they usually do. It was hard for us to have the ball, but the boys did a fantastic job because they ran for 90 minutes.”

“From my point of view, it was very soft, but we were very soft, because just one player takes three or four players from our side, and he entered the box, and after in the box, soft touches can happen, and he took the penalty.

“The player receives the ball and turns his back to our goal, and it’s very easy. Now, we move on, but when you have 90 minutes at 1-0, it’s thinking about the three points.”

"I think we dropped three points in the same way that we won three points last week. I think it was disappointing for us."

“He’s doing well. We knew when we brought him, we knew the quality of the player because we followed him for three or four years and we are happy. We are very happy with the work of Hwang and all our wingers. We started with Hwang and Adama, sometimes Adama’s on the left, today he was on the right. They have to work hard when we don’t have the ball and they did very well.”

On the attacking work

“I’m very happy with everyone, they are working hard, you see the way they run, the way they defend, so the wingers, if you saw, my intention every time was to change wingers.

“I called Daniel and I called Trincao and was ready to put him in the game, but after Rayan asked for the sub it changed a little bit, but I wanted to continue to press high to give time for the Leeds defenders to have the ball, so I’m happy with everyone, it’s not just the goals, it’s the way they work.

“The guys are doing very well. The things I want is dynamism and hard work, and when they score goals, we are happy because it’s not the job of one guy, but the collective team.” 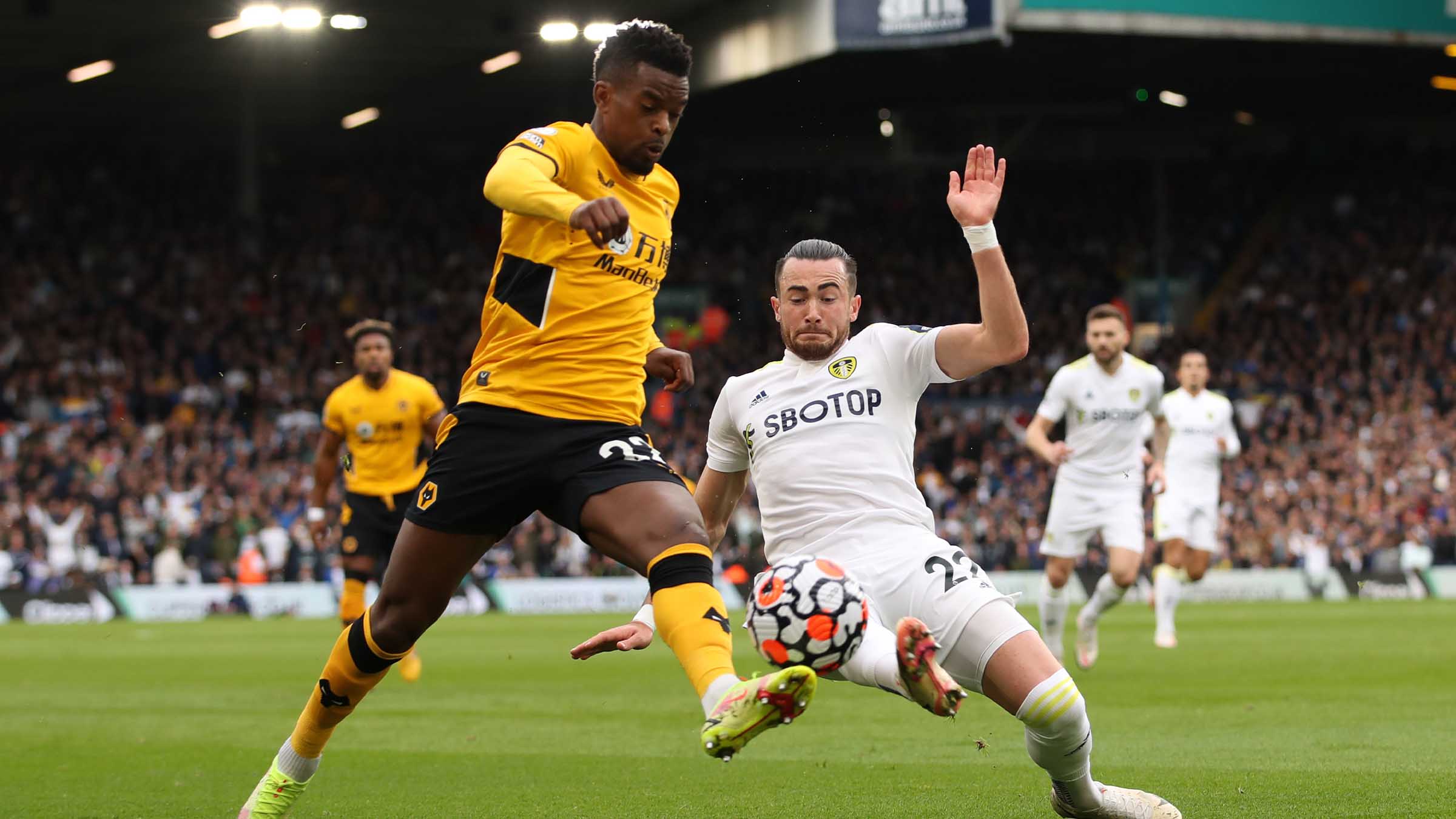 “I’m happy with how we defended, against Leeds who create a lot of chances, they didn’t have too much. Before we had two good chances with Rayan and the cross from Adama to Hwang, but when you look at the game, the thing we need to do better is to have more time on the ball. The chances they had were crosses and long balls and we were there.”

On another point on the board

“I never think about draws, we haven’t had many draws, my mind is every time to win the games, but in the end it’s one more point.”