Maximilian Kilman has been voted the inaugural Castore Player of the Month by Wolves supporters after an impressive opening to the 2021/22 Premier League season.

The 24-year-old rewarded Bruno Lage for his trust with four solid performances throughout August, impressing when playing out from the back as he made 150 Premier League passes to set Wolves on the attack.

In a vote carried out on wolves.co.uk and the Wolves App, Kilman received more than 45 per cent of the supporters’ selections, overcoming the challenge of Adama Traore and Ruben Neves.

Although Wolves’ only victory in August came in the Carabao Cup against Nottingham Forest, Kilman was the star at the back of a side which posed 57 shots on goal in their opening three Premier League fixtures.

Kilman, who has continued to hold down his place in the defence, with solid performances throughout September, was presented with a custom-made Castore Player of the Month award by fellow centre-back Conor Coady at Compton Park this week. 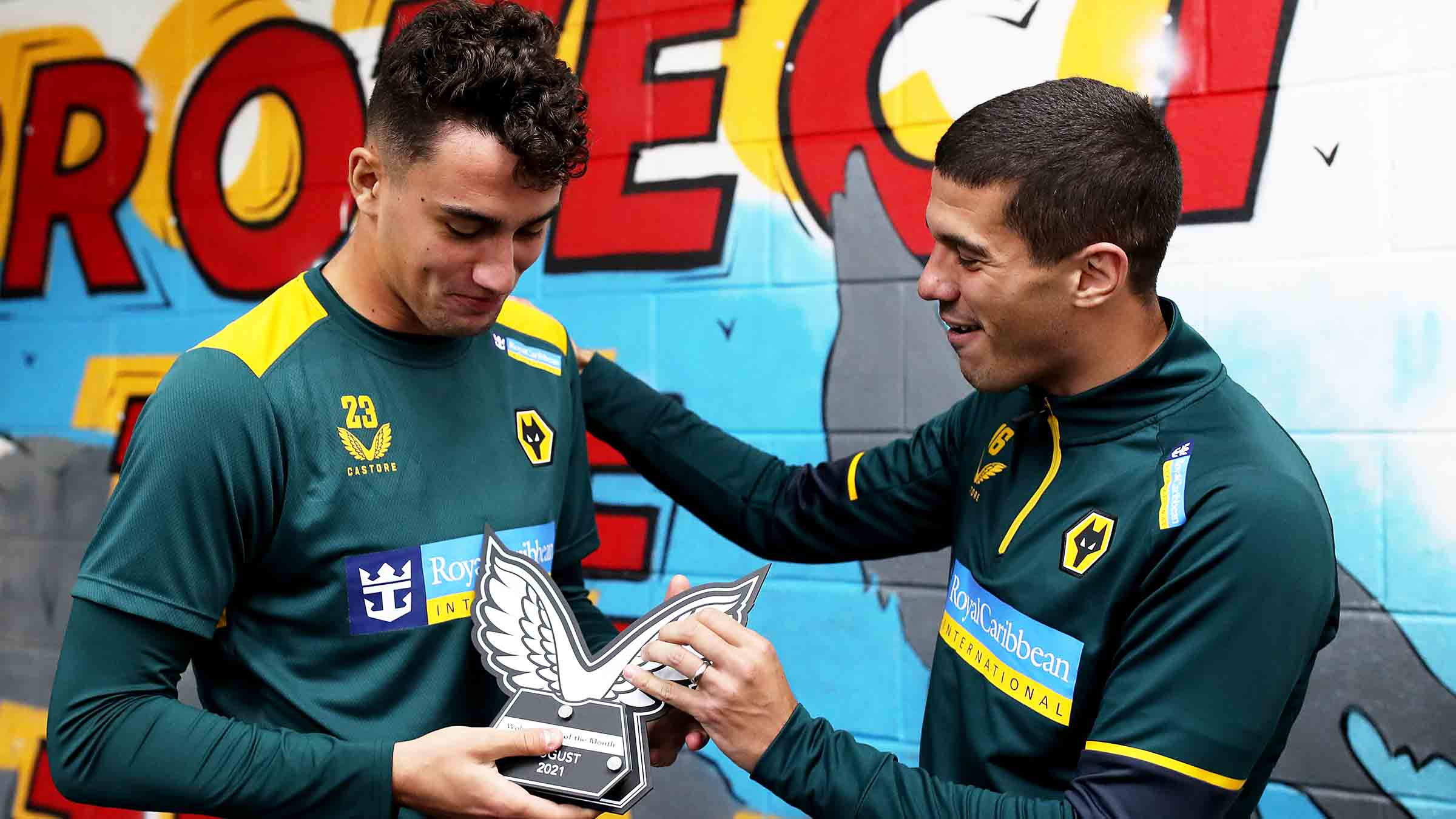 Results | Castore Player of the Month award for August:

Voting for September’s Castore Player of the Month award will open on Friday 1st October.