Wolves are back at Molineux on Wednesday night, for the first game of the 2021/22 season under the lights, as Bruno Lage’s men take on Tottenham Hotspur in the Carabao Cup.

Aiming to progress into the fourth round of the competition, there are plenty of pre-match talking points which wolves.co.uk rounds up.

Having reached the Carabao Cup third round, Wolves have already gone one step further than they did last season, when they fell at the first hurdle to Championship outfit Stoke City at Molineux. It was quite a comprehensive 4-0 victory in the previous round, as Bruno Lage’s men put second tier strugglers Nottingham Forest to the sword in the second-half, as Romain Saiss, Daniel Podence, Francisco Trincao and Morgan Gibbs-White got off the mark for the season.

Wolves’ four-goal win was the best result the club has had in the second round of the competition for a decade, when a Mick McCarthy-led gold and black outfit put four past Northampton Town in August 2011, as Sylvan Ebanks-Blake notched twice and Nenad Milijas and Sam Vokes added the others on the road. Wolves then went one further in the third round, almost exactly 10 years ago, as they returned to Molineux and beat Millwall 5-0, with Dave Edwards, Adam Hammill, George Elokobi, James Spray and Adlene Guedioura getting the goals.

The Carabao Cup has usually been seen as a chance to give those players who have not had as much game time in the Premier League their opportunity to shine. In the second round, Lage gave a first start of the season to John Ruddy, Ki-Jana Hoever, Leander Dendoncker, Rayan Ait-Nouri, Fabio Silva  and scorers Gibbs-White and Podence, and it would come as no surprise if those six of those seven – with Gibbs-White now on loan at Sheffield United – were named on the teamsheet to face Spurs come 6.45pm on Wednesday night.

Since taking on Forest, Lage has also seen Willy Boly and Yerson Mosquera return from injury, as well as the signing of Hee Chan Hwang, and with all 11 starters from Saturday’s top-flight clash with Brentford still available, the head coach – who is hoping to keep all 18 outfield players in his squad competitive – has plenty of options to chose from going into the third round tie. 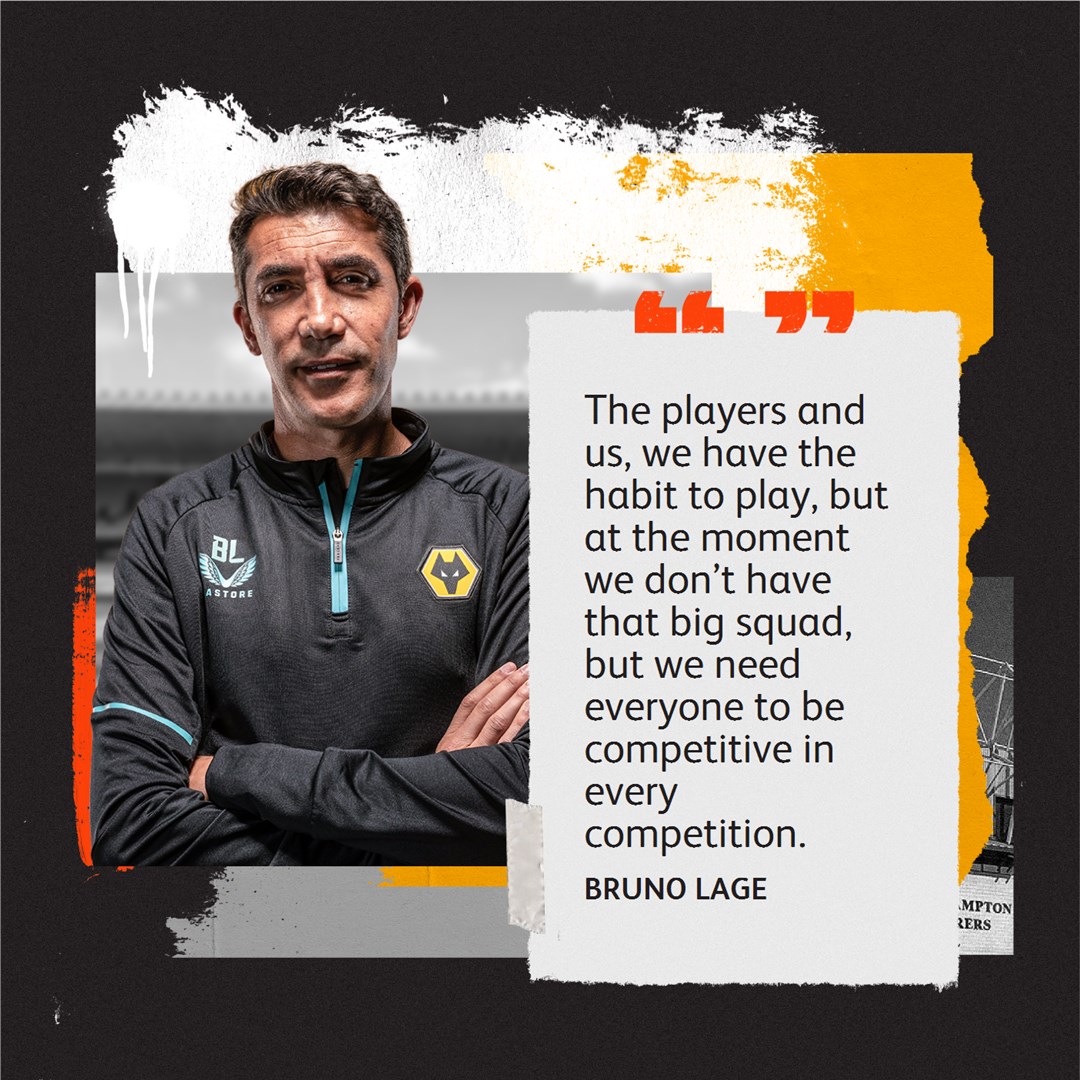 You know that one question both managers will be asked before Wednesday night’s game will be the return of the Spurs boss – and former Wolves head coach – Nuno Espirito Santo to Molineux having left the club in the summer. It must have been something more than fate for Wolves to be drawn to face Tottenham exactly a month since the sides squared off against each other in the Premier League – Wolves’ first home game of the campaign.

On that day, Nuno got the better of his former side, as Dele Alli’s penalty proved to be the difference in a game which Wolves more than dominated, but could not find a way past Hugo Lloris in the Tottenham goal. But when the teams meet again on Wednesday evening, the sides going head-to-head could well look a lot different to those in August, with Nuno famed during his time in charge at Molineux in rotating his squad for this competition (no-one mention the last 16 game at Aston Villa!). #4 Both sides need a win

It’s been a difficult start to the season for Lage, having faced one of the toughest Premier League opening fixture schedules with Leicester City, Manchester United and Spurs in August, before they got their first win on the board against Watford last week. But after a disappointing loss to newly-promoted Brentford, the Wolves supporters will be wanting a reaction from the players, who were praised – despite not getting the results their performances warranted – earlier in the campaign.

Tottenham began the season impressively, earning consecutive 1-0 wins, but since the turn of September, Nuno’s men have dropped back-to-back 3-0 losses, falling to Crystal Palace and Chelsea on successive weekends. Spurs are also competing in the Europa Conference League, meaning their fixture list is as busy as any other top-flight team, and flew to France last week for their first group stage match against Rennes. With just a 2-2 draw in that match, the Spurs supporters – who saw their side reach last season’s Carabao Cup final, before losing to eight-time champions Manchester City – will be more than expecting to make it into the fourth round. 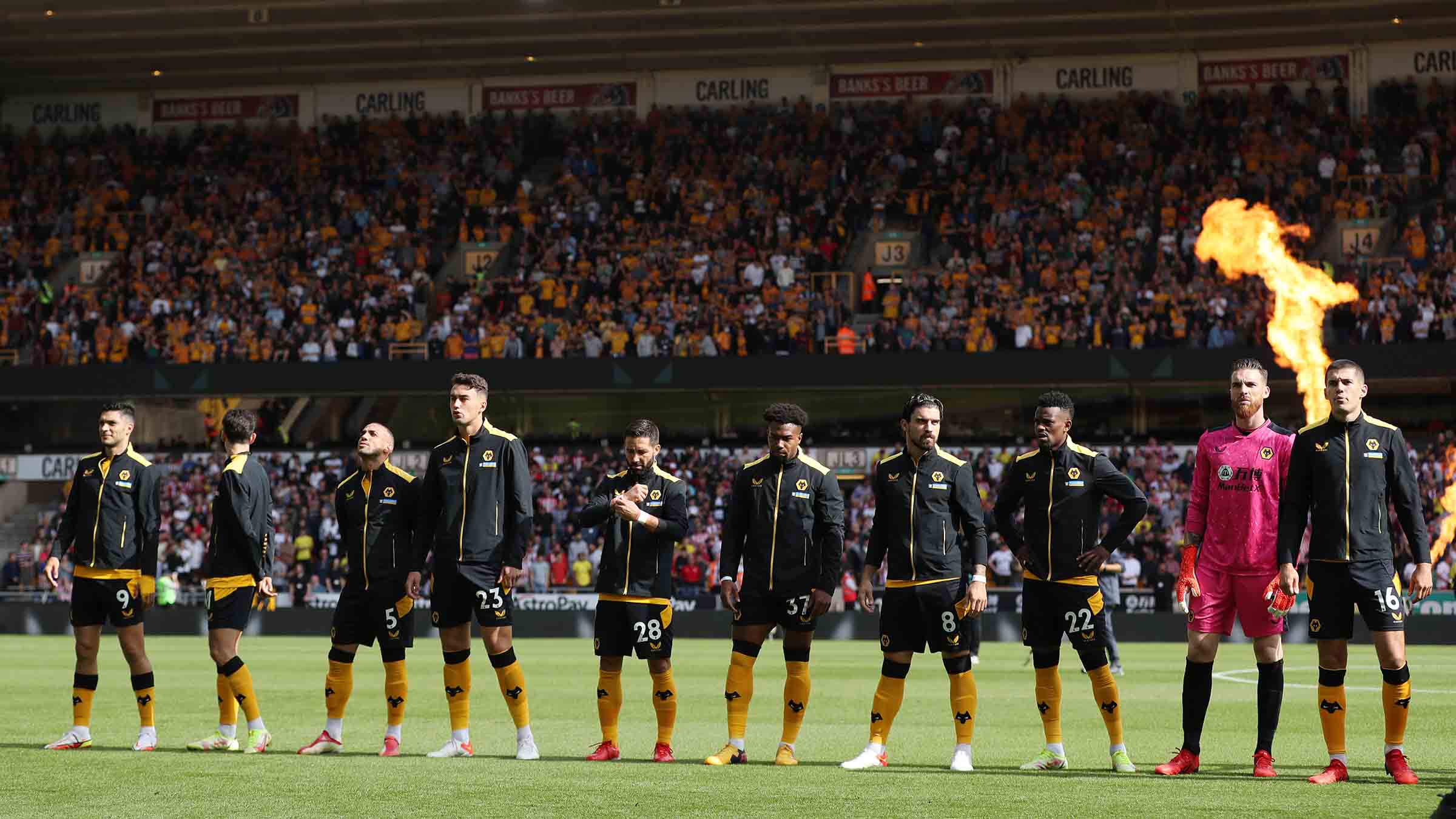