Matchday number three for Bruno Lage’s Wolves comes against Manchester United on Sunday, at what promises to be another lively Molineux, and wolves.co.uk highlights the main talking points before a ball is kicked.

Having missed pre-season and Bruno Lage’s opening two Premier League games, Daniel Podence reminded everyone what he can bring to the Wolves group on Tuesday night. Thrown in from the start for his first appearance since May, the Portuguese looked sharp and had three chances to give Wolves the lead during a lively opening period. He was just fine tuning his radar however, and when Fabio Silva set him up on the hour mark, Podence made no mistake, showing composure to work the opening and find the bottom corner. Six minutes later, the forward was substituted, paving the way for a Premier League return on Sunday potentially.

Lage spoke with excitement regarding welcoming injured players back into the group, so will have been pleased with the quick acclimatisation of Podence to his system. Willy Boly rejoined the group at the same time as the forward, last Saturday, so is nearing a return – Lage will use his final training session on Saturday to decide. Yerson Mosquera is also back training and comes into contention, leaving just Pedro Neto and Jonny in the treatment room.

#2 The end of cycle number one

The first part of the season is often divided into cycles by the international periods and Sunday draws a close to the first, if shorter than usual, cycle. Starts don’t come much tougher on paper than Leicester City, Tottenham Hotspur and Manchester United, but the signs have been promising for Wolves. A third showing, full of attacking promise, would leave supporters in positive spirit, going into the second cycle, which begins at Watford on 11th September. Sunday is the final opportunity to add points to the board from cycle one, however, which will of course be the aim.

42 attempts from the opening two Premier League games have signalled Wolves’ attacking intent and displayed the intentions of Lage’s process. While United have taken four points form their opening two fixtures, both Leeds United and Southampton found a way past David de Gea, so a first Premier League goal of the season for Wolves is certainly realistic. Seven members of Lage’s squad will depart for international duty after Sunday’s game, which provides the perfect opportunity to sign off on a high. 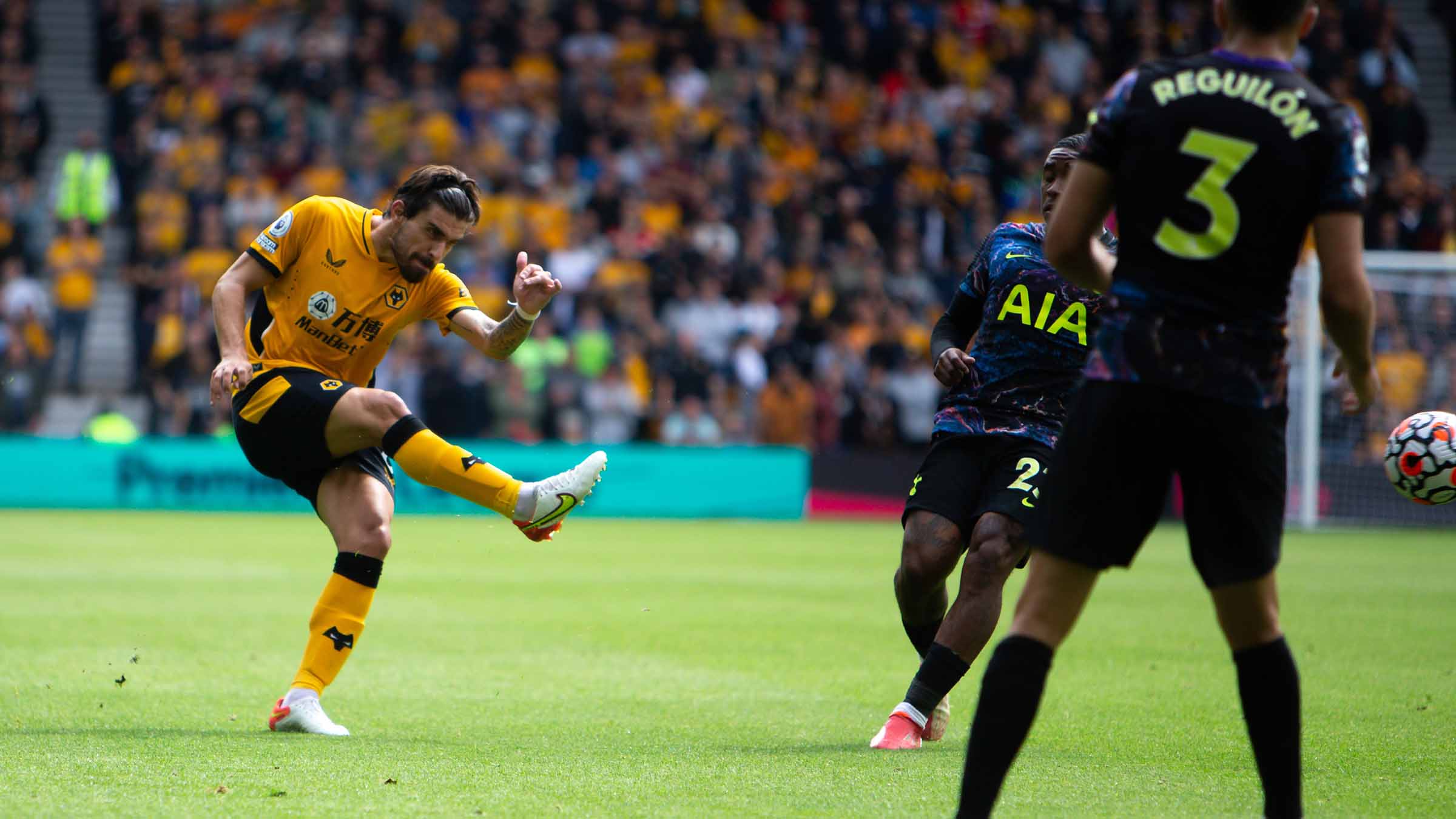 #3 The momentum is building

While Tuesday’s victory over Nottingham Forest came in a different competition, the hope amongst Wolves fans is it’ll provide some momentum for the Premier League on Sunday. The old gold enjoyed themselves after the break, particularly from the moment Romain Saiss broke the deadlock, with a further three goals following. During the 2018/19 season, the FA Cup run to the semi-final galvanised Wolves’ Premier League form too, while the thrilling Europa League journey the following season did nothing to harm domestic progress either, showing cup results can, in fact, aid fortunes in the Premier League.

The stats on Tuesday night were as comprehensive as they come. 74 per cent possession, 28 shots to two, 13 of which were on target, as well as nine corners to two.  Wolves were dominant from start to finish, so can only take confidence from that. Thankfully, the goals column was equally as impressive, with Wolves scoring four for the first time since February 2020 against Espanyol. You have to go back a year earlier to find the last four-goal haul domestically, against Leicester in that memorable 4-3 win at Molineux. Training since, you’d imagine, has been buzzing, and Lage will want that belief to be on show against United.

#4 In the opposite camp

For Ole Gunnar Solskjaer, last Sunday’s draw with Southampton will have been a disappointment, so they’ll arrive at Molineux with a point to prove. One way he may go able proving that point is by handing full debuts to his pair of marquee signings Raphael Varane and Jadon Sancho. France international Varane was an unused substitute at St Mary’s, while Sancho, fresh from his move from Borussia Dortmund, has been used off the bench against both Leeds and the Saints, so is in line for a first start. The England wide man would add yet another goal threat, alongside Bruno Fernandes and Mason Greenwood, who have hit six goals between them in the opening two games, thanks in large part to Paul Pogba’s five assists.

Since Wolves’ return to the Premier League in 2018, they’ve served up some thrillers at Molineux. A matter of weeks after the famous FA Cup quarter final victory for the old gold, the Red Devils returned to Molineux in the Premier League, only to suffer the same fate. Scott McTominay’s opener was cancelled out by Diogo Jota and a Chris Smalling own goal in an electric atmosphere at Molineux. The following season, a Ruben Neves classic, off the underside of the crossbar, lit up Molineux against United, who had also Pogba’s penalty saved by Rui Patricio. Last season, the stakes were much lower, with both clubs’ fate already sealed before the season concluder at Molineux, but the occasion was still significant as 3,500 supporters were able to attend for the only time during 2020/21. Now, with a full stadium back, it’s going to be a totally different occasion come Sunday.