Wolves head on the road to the East Midlands this evening as Bruno Lage’s men start their 2021/22 Carabao Cup campaign away at Nottingham Forest.

Coming just over 48 hours after their Premier League contest against Tottenham Hotspur, there are plenty of pre-match talking points which wolves.co.uk rounds up.

#1 First cup outing of the season

Although Lage is still searching for his first league victory as Wolves boss, the Portuguese has been pleased with the performances of his side in their defeats to top six contenders Leicester City and Tottenham Hotspur. But attention now turns to the cups, as Wolves head east to take on Championship outfit Nottingham Forest at the City Ground in the second round of this season’s Carabao Cup.

Forest have already played their first match in the competition, overcoming Bradford City by two goals to one at home two weeks ago, with Joao Carvalho netting both of the goals for the hosts just before the half-time break. Supporters of the gold and black persuasion will be hoping for a run in a competition that the club has won twice in the past, claiming the 1974 and 1980 League Cup titles. However, Wolves’ recent history in the competition isn’t the greatest, with the old gold not getting further than the fourth round since the 1996/97 season.

Our first cup outing of the season!

About 50 hours are all that separates Sunday’s loss at home to Spurs and Tuesday evening’s cup visit to Forest, and the reasoning to not arrange the game to take place tomorrow night has left the Wolves boss unsatisfied. Lage called the EFL’s decision to stage the game with just one day in between as ‘strange’, adding: “Because Tottenham played on Thursday and they have three days to recover to prepare for the game, so it’s not our fault we played Sunday. We should play on Wednesday, but Nottingham Forest don’t have the stadium available. Tottenham have the three days, Forest continue to play at home, and we are in the middle. I think my players, the club and also the fans from Wolves, nobody thinks about us.”

However, the head coach has reiterated the importance of Tuesday’s night’s match and the cup competitions in England, so has rallied his troops and will be heading into the match with only one thing in mind and that’s progressing into the third round.

Although the Wolves squad has been boosted by the return of Willy Boly and Daniel Podence to training this week following their injury lay-offs, Lage is not expected to risk the two on Tuesday night, but with the short break between the last two matches and another big Premier League clash at home against Manchester United coming up on Sunday, it is likely the head coach will ring the changes at the City Ground.

Under-23 stars Christian Marques, Luke Cundle and Chem Campbell – all of whom were on the bench in the opening two Premier League fixtures – were left out of James Collins’ development squad for Monday evening’s PL2 match with Reading, so it is likely the trio will be involved in some way on Tuesday night, while the likes of John Ruddy, Rayan Ait-Nouri, Morgan Gibbs-White and Fabio Silva could get their first starts of the season if Lage decides to rotate his pack. 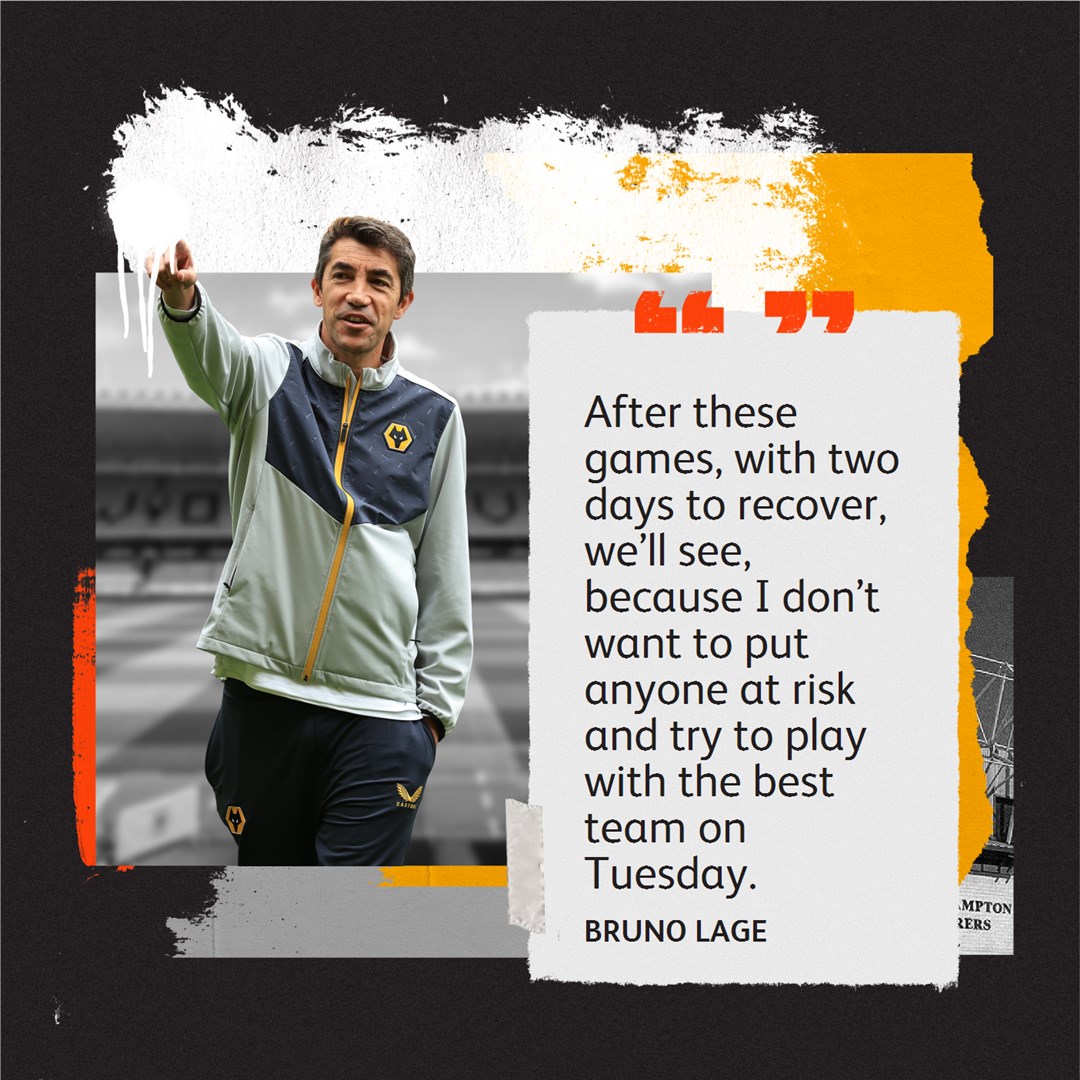 #4 Form goes out the window

With each passing game, Wolves supporters can see more and more clearly how Lage is wanting his side to play, but if he is to make changes on Tuesday night, it will be interesting to see if the rest of the squad is getting as adapt to the high pressing and aggressive ‘Bruno-ball’ style which has come to the fore. But without scoring a goal since a 2-1 pre-season victory over Coventry City, changes could be of benefit to the team, who are looking at extending Wolves’ unbeaten run at the City Ground to five matches, having come up trumps in three of the last four encounters – all coming in the second tier.

Forest will also be hoping a change of scenery in the cup will also bring about a change in their fortunes, having lost all four of their opening four league matches of the 2021/22 campaign. Consecutive defeats to Coventry City, Blackburn Rovers, Bournemouth and Stoke City have left Chris Hughton’s side rooted bottom to the Championship table as the only side yet to pick up a single point this season. But by scraping past Bradford, the signs are good for Forest, as they have already progressed further than they did in the Carabao Cup last season, and they’ve only been dumped out in the second round once since 2010.

We welcomed so many of you back to Molineux today but, sadly, there were some that could not be there.

This was our tribute to those we have lost.

As Wolves are facing Championship opposition, unfortunately, the EFL have stipulated that the club is obliged to charge a subscription fee to access commentary for this evening’s game.