Saturday will see Bruno Lage put the finishing touches to his group against Celta Vigo, ahead of the big kick-off in the Premier League next weekend.

The La Liga side provide the final pre-season test for Wolves, who make their long-awaited return to Molineux on what is a significant afternoon for a number of their stars, and wolves.co.uk now rounds up the pre-match talking points.

After having a taste of supporters back in stadiums at Stoke City and Coventry City last weekend, now it’s Molineux’s turn. 4,500 were allowed inside the famous old stadium for the final game of last season, but Saturday’s figure will be a further step towards normality. Around 16,000 Wolves supporters are expected to attend, which will mean around half of Molineux will be full, whetting the appetite for the first Premier League game back against Tottenham Hotspur later this month.

Those 16,000 fans will enjoy a series of perks. Primarily, it’s the first chance to see Lage lead a team at Molineux, while it will be also Raul Jimenez’s return to home soil, where he’ll look to build on goals against Al-Shabab and Stoke. Also, those purchasing tickets will receive 10 loyalty points and a free matchday programme from the kiosks inside Molineux or the Megastore with a purchase. The attendance will be the highest inside Molineux since 7th March 2020 – 519 days when Saturday rolls around and it’s fair to say the players are excited, as Conor Coady confirmed. A week ago, he said: “I can’t wait to get back to Molineux and feel it again, feel Molineux, feel them with us, feel the noise, feel the adrenaline they bring for the boys, and how excited they get.”

While Saturday is a big day for both Lage and Jimenez for different reasons, there are also Molineux bows on the horizon for at least two new additions. Jose Sa and Francisco Trincao have both joined the Wolves ranks over the summer and have performed in front of the club’s away supporters, but on Saturday will be hoping to experience Molineux for the first time as Wolves players. Sa is likely to start between the sticks, having impressed in pre-season so far, while Trincao will look to catch the eye on the right, from where he likes to cut inside on his left foot. Yerson Mosquera is, of course, Wolves’ third summer signing, but came off early against Coventry last weekend due to injury, so will be assessed before a decision is made for Saturday.

Of the three, only Trincao has played at Molineux before and it was a significant night for him, making his European debut for Braga in the 2019/20 Europa League. The old gold did face Sa’s Olympiacos in the same campaign but, while the Portuguese featured in the tie out in Athens, he was injured and missed the return leg in the West Midlands. Mosquera is yet to play at Molineux but will be relishing the opportunity when it arises. 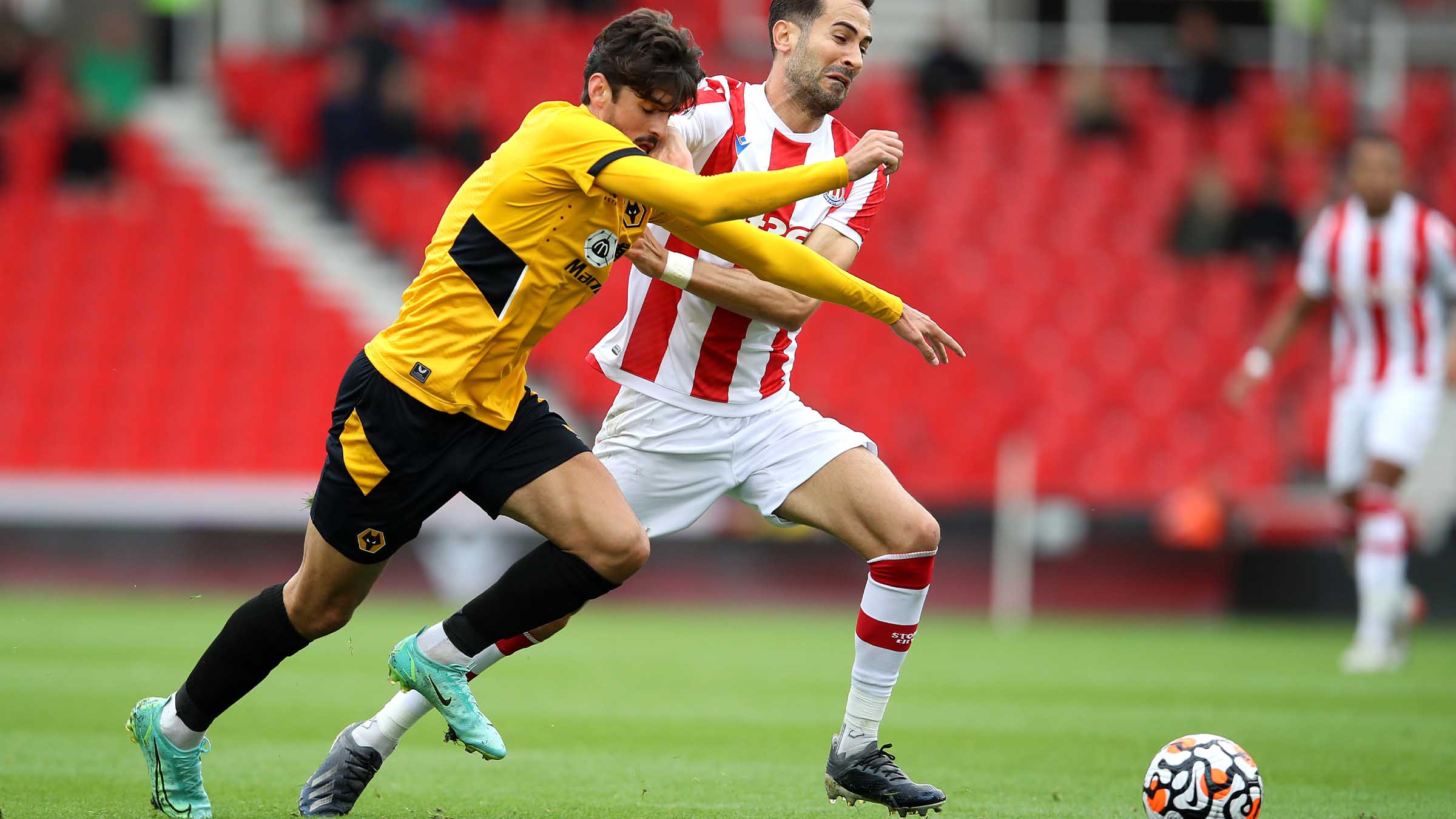 #3 Gearing up for the Premier League

Saturday’s game poses the final hurdle of pre-season – in one week Talking Points on wolves.co.uk will have turned its attention to the Premier League. Celta Vigo are Wolves’ seventh opposition of the summer, and arguably the toughest yet, given the stage of pre-season. As Lage’s men reach the end of week five of pre-season, they can reflect on the journey they’ve taken. In that time the new head coach has experimented with systems, styles and personnel, preparing for the first day of the season against Leicester City.

From a player perspective, it’s the final chance in a match situation to force their way into the starting eleven against the Foxes. Mosquera and Willy Boly are injury doubts, but Lage still has plenty of decision to make. Fabio Silva gave his head coach food for thought with the opening goal at Coventry, while Morgan Gibbs-White has looked lively throughout pre-season. Elsewhere, the likes of Maximilian Kilman, Rayan Ait-Nouri and Leander Dendoncker started on the bench against Stoke, so will hope to take their final chance to impress ahead of the big kick-off.

#4 In the away dressing room

Celta Vigo will be Wolves’ second La Liga opposition of the summer, after Patrick Cutrone saw the old gold beat Real Betis out in Marbella. Celta finished eighth in the Spanish top tier last time out, eight points short of the European places. Like the Premier League, La Liga begins next weekend, meaning this is also Celta’s final test before the big kick-off, when they face reigning champions Atletico Madrid. In preparation for that stern test, Celta have enjoyed an unbeaten pre-season, consisting of three friendlies, two wins against Atletico Sanluqueno and Pafos FC, and most recently a goalless draw with Gil Vicente.

Three members of their squad are familiar with the Premier League, most famously former Manchester City striker Nolito, while Denis Suarez was once also on Etihad books, and Celta’s leading marksman last term was ex-Liverpool wide man Iago Aspas. Manager Eduardo Coudet has made three summer signings so far, Matias Dituro, Javi Galan and Franco Cervi, who played alongside Jimenez and Nelson Semedo and Benfica previously. Unfortunately, the one man in the Wolves squad who this fixture means most to, Jonny, will be absent as he continues his extensive recovery programme from injury. The Spaniard, born in Vigo, progressed through the club’s academy system and went on to make more than 200 appearances for the club, so will relish the opportunity to catch up with some familiar faces.