Hoever | On his goal, Lage's tactics and pre-season in Spain

Ki-Jana Hoever believes Wolves’ heavy pre-season schedule in the Spanish heat will be beneficial to the group during a taxing Premier League season.

The 19-year-old got another 45 minutes in his legs against Las Palmas on Monday evening and bagged his first goal in Wolves colours with a stunning volley. The friendly was the second outing in Spain and Hoever is already seeing positives from working under Lage, not least in the flexibility of the group to adapt to his way of thinking.

“It was good to play a game again. It was really hot, but it was good to get another 45 minutes, it was positive.

“We have a lot of games, which is good because the season is going to be hard again this year, so we can only get minutes in the legs and keep practising.” 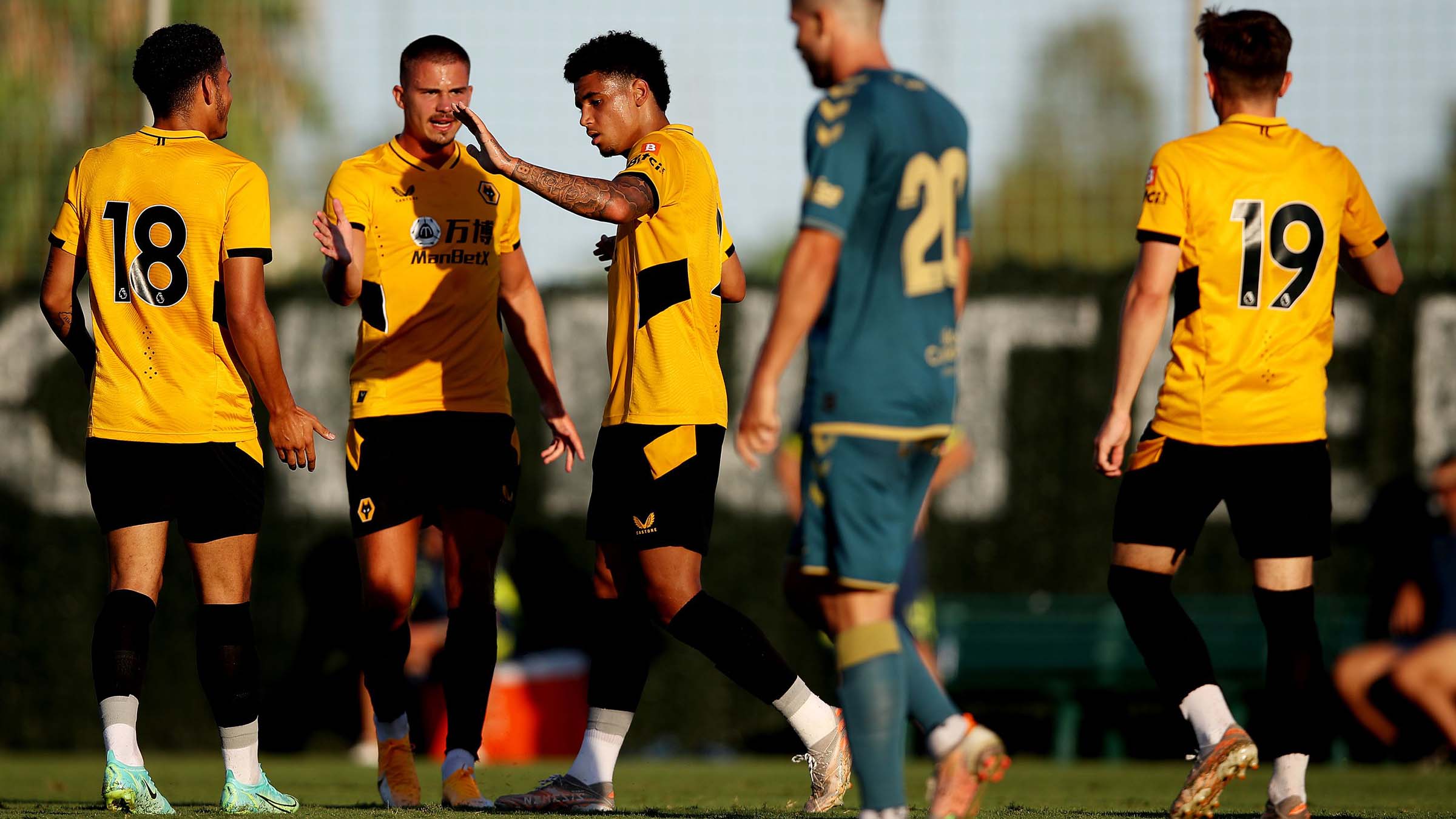 “It’s a good feeling finally. It’s nice to score a goal, unfortunately it doesn’t mean anything, but it’s nice and I’m happy to score.”

On the training camp in Marbella

“It’s nice to be with the boys, everybody except Adama [Traore] is here now, so it’s good to be together.

“We’re training a lot, working with the new coach, of course. So, we’re trying to work hard. The games are good, the training is good.”

What a finish! Bueno does brilliantly to dig out a cross from the left flank and find Hoever waiting in the middle, the full-back shoots back across goal with a controlled volley and finds the back of the net 👏

On adapting under Lage

“I like him. Of course, it’s not a style that we were used to with the former coach, but I think it’s good, everyone in the group can play more than one style and is able to play in other positions.

“So, we’ll just keep improving and working hard, and hopefully when the season starts, everyone will know what to do, everyone’s ready, everyone’s fit.”