Wolves have been out in Marbella this week as they enjoy a warm-weather training camp in sunny Spain.

With friendly games coming up against Real Betis on Saturday and UD Las Palmas on Monday, Bruno Lage has two good opportunities to see his players in action before returning to the UK for the remainder of pre-season.

#1 Precious time on the training pitches

With only three weeks to go until the start of the 2021/22 Premier League season, the warm-weather camp offers Lage a great opportunity to get his players fit and ready for the visit to the King Power on Saturday 14th August. As well as new signings and players returning from the Euros boosting the numbers of first-team players available, the time away will also allow the playing staff and the new management staff to enjoy their first piece of quality bonding time together.

After pre-season was virtually non-existent last season due to Covid-19 creating a quick turnaround between the 2019/20 and 2020/21 campaigns, this summer has been the first real break many of Lage’s players have had for almost two years. But now the squad is back, the training camp is the perfect time to get to work on putting the head coaches’ style of play in place. There were glimpses of what was to come at the Alexandra Stadium on Saturday, but following another week of graft, and with Lage and his team putting his players through their paces, supporters will once again be interested in seeing how the team is developing this weekend.

#2 Getting the gang back together

Not only has the training camp seen summer recruits Jose Sa and Yerson Mosquera join up with their new teammates, but Wolves’ Euro 2020 Portuguese contingent have also returned to the squad as they get their pre-season preparations underway. Nelson Semedo, Ruben Neves and Joao Moutinho were given extended leave following their international exploits this summer, meaning they missed Saturday’s opening friendly fixture with Crewe Alexandra.

The trio could get back on the pitch soon as they hope to play some part in the upcoming two friendlies, the first of which takes place at Estadio Municipal de La Linea de la Concepcion on Saturday. That match is also likely to be the first time Wolves supporters get to watch Sa and Mosquera in action while wearing gold and black. All of Wolves’ pre-season matches are available to stream on Wolves TV and Facebook – click here to find out how! 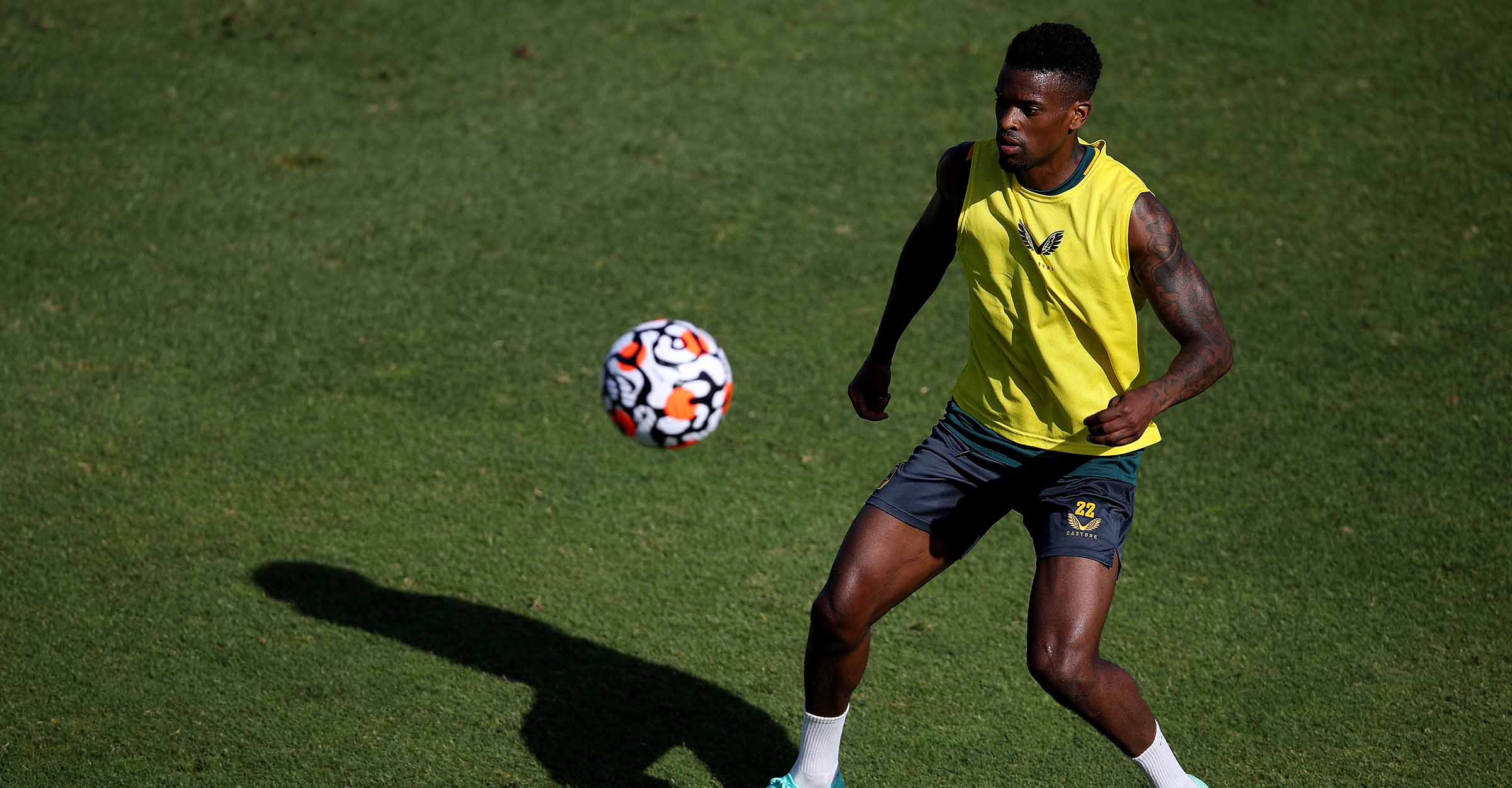 It’s not the first time Wolves and Real Betis will be going to head-to-head in pre-season. The two clubs first met at Molineux back in 2013, ahead of Wolves' League One-winning title campaign, and the teams met again just three years ago. That most recent of meetings came at the start of the 2018/19 season, as the old gold were preparing for their first season in the Premier League for six years. Facing off as part of the H-Hotels Cup in Germany, the teams played out a goalless draw in a shortened 45-minute match. From the 11 Wolves players who took to the pitch that day, only John Ruddy, Romain Saiss, Willy Boly and Morgan Gibbs-White remain in the current squad.

Saturday will be another tough test for Lage’s side, as they go up against the team which finished sixth in last season’s La Liga – one place above Europa League winners Villarreal, and qualifying for the group stages of this year’s edition of the competition in the process. With former Manchester City and West Ham United manager Manuel Pellegrini at the helm, Betis have made a positive start to their pre-season, overcoming Swiss second division side FC Winterthur 4-0 in their opening friendly. After playing Wolves, Betis will travel to England for friendlies against Derby County and Leeds United. 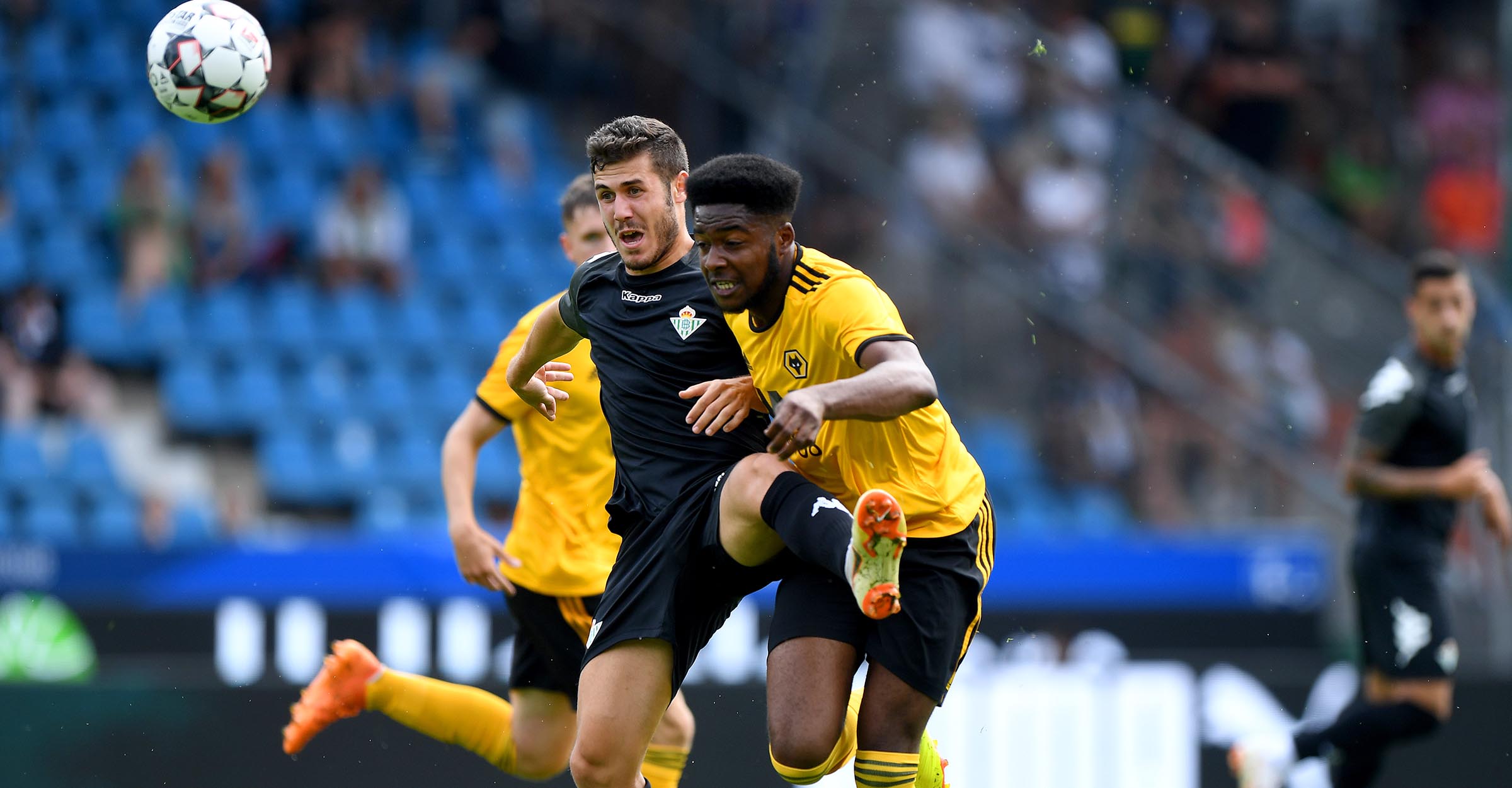 #4 Another chance to impress

Several under-23 players spent time on the pitch against Crewe Alexandra on Saturday, and many of those were on the plane to Spain as they get another opportunity to impress the new head coach in the picturesque landscape of Marbella Football Center. Goalkeepers Andreas Sondergaard and Louie Moulden, defenders Christian Marques, Hugo Bueno and Pascal Estrada (who played the second-half of Saturday’s match in midfield), midfielders Taylor Perry and Luke Cundle and forwards Chem Campbell and Renat Dadashov are the lucky nine who are currently on tour the first-team and are expected to play some part in either of the two friendly matches.

With Lage naming his most experienced side for the first-half of the Crewe friendly, it might have come as a surprise to some to have seen Perry named in the team from the off, but the Kingswinford-born midfielder put in an assured performance as he displayed his ball playing ability in a more defensive role than he is used to playing under James Collins in the under-23s. While Academy scholars of 2019, Bueno, Marques and Campbell, will also hope they can continue to perform to the levels they exhibited at Gresty Road and show the coach that there is quality to be found within the younger age groups of the club.