Perry | 'I want to impress'

Taylor Perry is determined to catch the eye of new head coach Bruno Lage and has something to build on after impressing on Saturday.

The 20-year-old was the only under-23 player handed a start in Lage’s first match in charge of Wolves at Crewe Alexandra on Saturday, and didn’t let anyone down in the heart of the midfield. Perry, who recently signed a new long-term contract at Molineux, looking comfortable in possession against the League One side and providing energy in the midfield, and is now focused on continuing to catch the eye, as he flies to Marbella with the first-team group this week.

On getting minutes at Crewe

“It’s a new step in the right direction for me, 45 minutes for the first-team, and it’s a great experience to play with the first-teamers. Despite the result, I thought we had a good performance in the first-half and we’ve got to continue that into the next games in pre-season.”

On the opportunity to impress

“A new manager has come in, so the first thing I want to do is impress him and show him what I can do, so that’s my main objective, just to stay focused, keep proving that I’m good enough to play in the first-team and hopefully I’ve caught his eye and I’ll continue to do that and see what happens.”

On what’s changing under Lage

“He’s a good manager, he has his new ways, new tactics, and everyone’s buying into that. It’s a new strategy for us and we’ve got to bond together as a team. We try to do that on the pitch and in training. Training’s been very good, a high intensity, and we have to try take that into the games and keep doing that throughout pre-season.”

On heading to Marbella

“It’s going to be hot, but we’ve just got to keep doing what we’re doing at Compton. We’ll just keep having the right ways of playing, buying into Bruno’s way of playing.” 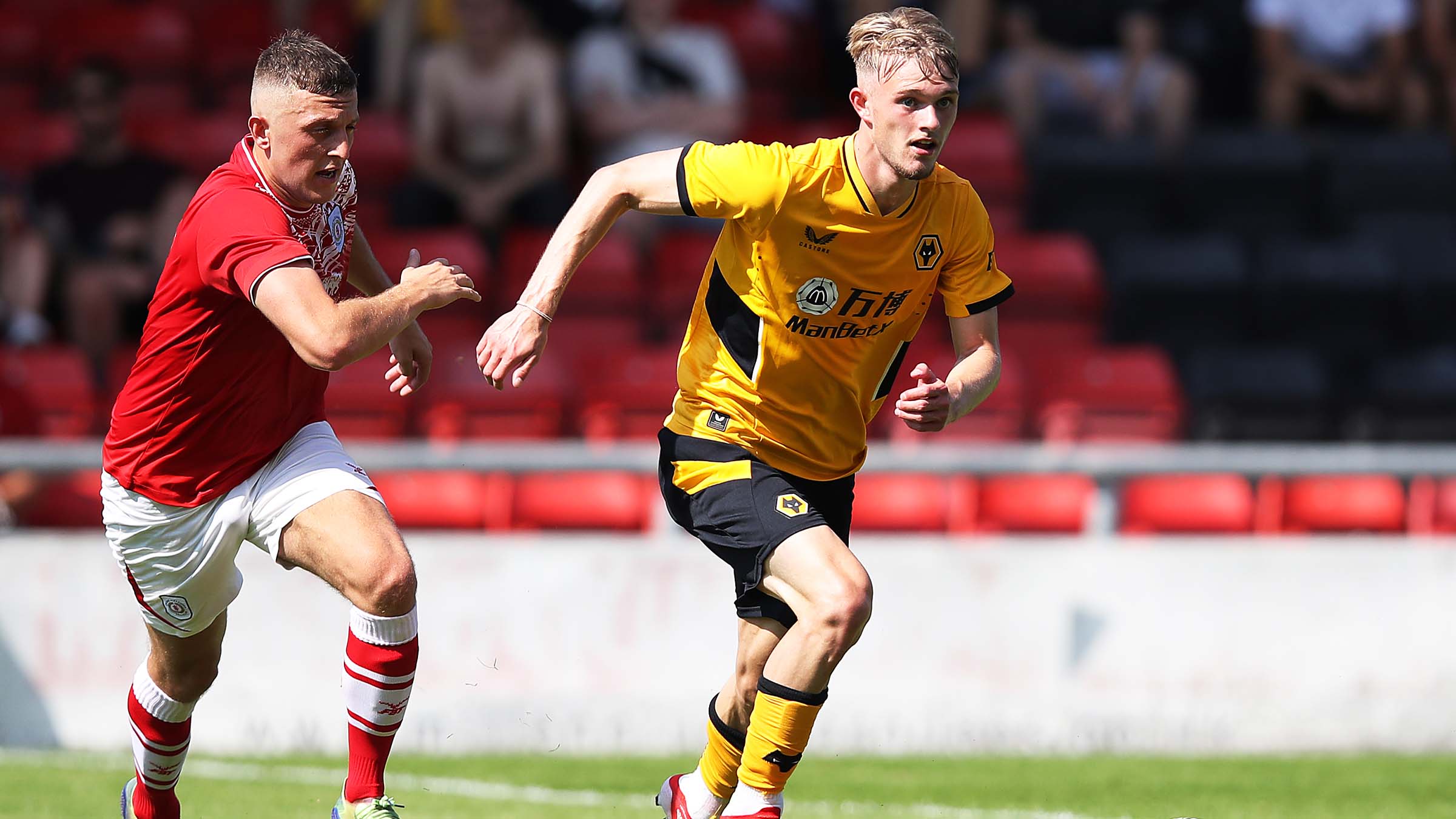 On his recent new Wolves contract

“It’s one of the best feelings because I’ve been at the club since I was seven, so to sign a new long-term contract is obviously a great feeling. The hard work’s just started really, I’ve just got to carry on doing what I’m doing, stay focused and keep pushing, and hopefully this season can be big.”