Talking Points | The return of Ait-Nouri

Having starred in 24 matches for Wolves while on loan at Molineux last season, Rayan Ait-Nouri is now a permanent member of the pack.

The 20-year-old shone in his first season in English football as he put in several eye-catching displays, but as he returns to the West Midlands, wolves.co.uk expands on four talking points from the French youth international’s old gold career to date.

Arriving at Molineux on 4th October, Ait-Nouri had been touted as one of the most promising teenage full-backs in European football, having taken Ligue 1 by storm in the 2019/20 season. While at Angers, Ait-Nouri was regularly placing high in the rankings for players his age, with his stats demonstrating his strengths in both attack and defence, winning 64 per cent of his defensive duels and ranking in the top 30 for players across Europe’s top five leagues for cross completion.

His performances saw him linked with a host of clubs across the continent, including French champions Paris Saint-Germain, but a fractured jaw he suffered against OGC Nice saw him sidelined for several months. Although the injury may have delayed a move away from Angers in the January transfer window, it did not stop Ait-Nouri from turning enough heads to see a queue formed for his signature last summer. As an attacking full-back, Ait-Nouri fit in well with Wolves’ transition between a 3-4-2-1 and the 4-3-2-1 which the team was eventually set-up in, seeing him make the temporary switch to Molineux. 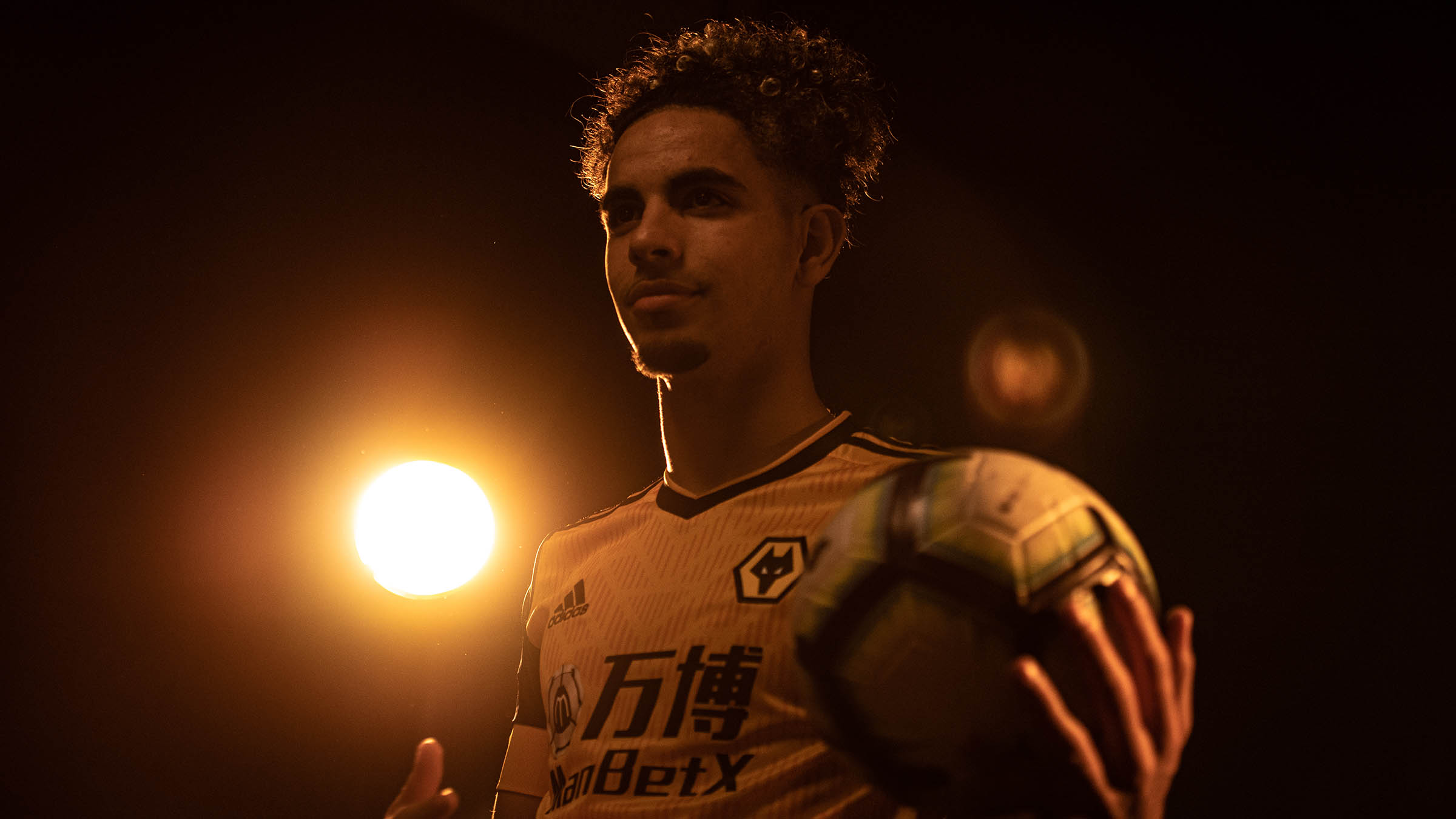 It didn’t take long for Ait-Nouri to make his mark in the West Midlands – just 18 minutes to be precise. With Jonny still out with the ACL injury he picked up at the back end of the previous season, and fellow new recruit Marcal heading for the sidelines, Ait-Nouri was thrown into the spotlight sooner than he probably would have expected as he came into the team as left wing-back for the Premier League clash with Crystal Palace.

With fellow French speaker Willy Boly switching from the right side of the back three to the left in a bid to guide him through the game, the debutant got off to what could be considered a stunning start, as he found his way onto the end of a Daniel Podence cross into the area which had only been half cleared by Cheikhou Kouyate before hitting a first time shot across the goal and inside the far post. In a match where Ait-Nouri and Nelson Semedo on the opposite flank, as well as Pedro Neto and Daniel Podence in front of them, ran riot, Wolves supporters knew from that moment that they had someone special among their ranks.

Started and finished by our number 3️⃣, with 🖐 players involved in between.

The return of Marcal just three weeks later saw the experienced Brazilian defender reinstated into the Wolves line-up at the expense of his inexperienced teammate. He had to settle for just a short cameo in a 4-0 loss to Liverpool over the course of the following four matches – which included 2-1 wins against Arsenal and Chelsea. But as Marcal was absent once again, Ait-Nouri would be given another opportunity to impress in the final game of 2020 as Wolves travelled to Old Trafford to take on Manchester United.

For the first time in his short gold and black career, he was not the youngest of the Wolves full-backs as 18-year-old Ki-Jana Hoever featured on the opposite flank, and despite falling to a 1-0 defeat, the two teens received plaudits for their performances. Giving what could have been considered his most complete display in a Wolves shirt, Ait-Nouri balanced attack and defence better than ever before. However, just a month later, his season was dealt a heavy blow when the teenager was sent to join Jonny and Marcal in the treatment room after suffering a groin injury.

#4 Proving himself in the Premier League

While Ait-Nouri had reached to the end of his road to recovery, he had to wait for his chance of action as Jonny was back in the team as first-choice left-back. But yet another twist in the injury tales of that position was still to come, as his Spanish teammate found himself needing surgery on another ACL problem. This gave the Frenchman one last hurrah to finish the season off strongly and prove he belongs in the English top-flight.

And that is just what he did. With Premier League safety on the line, Ait-Nouri produced impressive displays as Wolves secured back-to-back 1-0 wins over Fulham and Sheffield United, as well as having a positive affect in a 2-1 win over Brighton & Hove Albion. Errors which had found their way into his defensive game earlier in the campaign were beginning to be ironed out, which demonstrated his ability to learn and improve the less glamourous aspect of his role. Everything displayed during his loan has shown Wolves that Ait-Nouri is a player who has great potential, so long as he continues to build on the improvements he made throughout his first season in gold and black.