The 2020/21 Premier League season comes to a close this weekend as Manchester United visit Molineux, with Wolves supporters set to return to the stadium for the first time since March 2020. Here are five things to know ahead of Sunday’s 4pm kick-off.

1. MOLINEUX BACK IN FULL VOICE

The day that we have all been waiting for has almost arrived – the return of fans to the golden palace. It’s been a very long 442 days since the famous old ground was rocking, as 31,490 supporters packed inside the stadium when Nuno Espirito Santo’s men played out a goalless draw with Brighton, just days before football was suspended for the first time since the Second World War.

As we conclude the season against United, fans – in limited numbers – will step back through the Molineux gates for the first time in 14 months, providing us all with a sense of normality that we haven’t had for more than a year, as well as hope for a post-Covid future. Although the Wolves players have already experienced playing back in front of supporters, in Wednesday evening’s fixture with Everton, it is Sunday where everyone associated with the old gold is looking forwards to most, when we hear Molineux in full voice once again.

Click here to find out everything you need to know ahead of returning to Molineux. 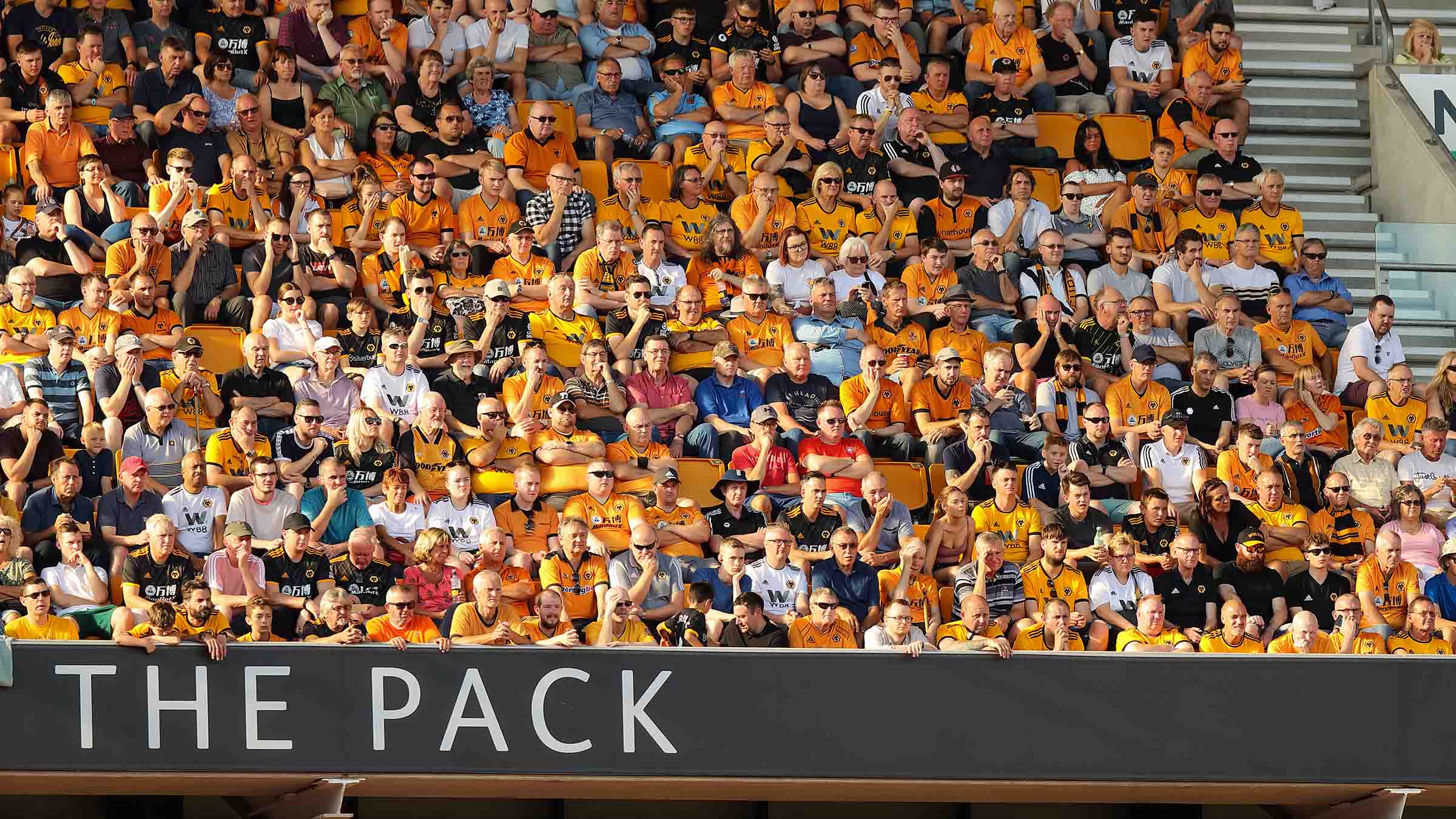 In recent years, there has been little to separate Wolves and Ole Gunnar Solskjaer’s men – and the games between the sides haven’t always been the most captivating. Since Wolves’ promotion back into the top-flight in 2018, the teams have faced off eight times in league and cup, with two wins a piece, as well as six draws.

In those eight games, only 12 goals have been scored – six have gone the way of those in gold and black, and six for the Red Devils, with not a single match finishing by more than one clear goal. Although United got the most recent win at Old Trafford earlier this season, Wolves will be buoyed by the fact they have not been beaten at Molineux in any of their last four games, earning back-to-back 2-1 victories in FA Cup and Premier League in 2019, as well as 1-1 and 0-0 draws last season.

Ahead of their final matches of the season, Nuno reiterated that he wanted to finish the season on a high, to give his players confidence heading into the next campaign. After the first-half display against Everton, he was delighted with the way his players responded to that call, putting in a dominant display against the Toffees, without capitalising on their positive play.

Despite defeat, the head coach was still proud of his players, having not rolled over knowing they cannot finish higher than 12th this season, while Everton were pushing for the final European spot. But with just one game remaining, Nuno will once again be encouraging his players to give their all, especially with the backing of the Molineux crowd – something he believes will be the best way to end what has been a difficult season.

4. EUROPEAN GLORY IN THEIR SIGHTS

On Wednesday evening, Manchester United face their first European final since 2017, when they do battle with Villarreal in the Europa League showpiece. The occasion represents a first final for Solskjaer as United boss, having fallen at various semi-final hurdles four times previously, including the same competition last season, when United fell to eventual winners Sevilla, who days earlier had overcome Wolves in the quarter-final.

United are undefeated in their last 25 away matches in the top-flight, and as they are already guaranteed to finish second in this season’s Premier League – whatever the result on Sunday – the Norwegian boss may have one eye on Wednesday’s Villarreal meeting when selecting his team at Molineux, so it wouldn’t be a surprise if there were changes on the cards.

Taking on everybody. ⚡️

5. GIVING EVERYONE A GAME

Goalkeeper John Ruddy was a surprise name on the Wolves teamsheet for Wednesday’s match at Everton, and it remains to be seen whether Nuno will recall regular number one Rui Patricio for the final day, or if he sticks with the former England stopper. Regular under-23 keeper Andreas Sondergaard became a full-time member of the first-time earlier this season and is also an option to earn his senior debut having retuned from injury last week.

At the start of this week, Nuno said he will try to give minutes to all members of his first-team squad in the final two games. With Raul Jimenez, Pedro Neto, Jonny, Daniel Podence and Owen Otasowie out inured, it left Romain Saiss, Marcal and Ki-Jana Hoever as the only senior squad members who did not appear from the bench in midweek, so it would not be a surprise if at least one of those players returned to the starting line-up against United on Sunday.