5 things to know | Everton vs Wolves

With just two matches remaining in their 2020/21 Premier League season, Wolves will be looking to end the campaign on a high as Nuno Espirito Santo’s side take on Everton in front of 6,500 supporters.

1. THE FANS ARE BACK

Almost 450 days have passed since Wolves were allowed to host supporters inside their stadiums, and with the Government’s path out of lockdown gathering pace with the latest restrictions being eased, all Premier League clubs are now able to open their stadiums to crowds of up to 10,000 fans or 25 per cent capacity.

When Nuno’s side travel to Merseyside on Wednesday evening, it will be only the second time since the home clash against Brighton & Hove Albion in March 2020 where Wolves have played in front of spectators. Incidentally, the only other time that has happened was just across Stanley Park, as the old gold faced Liverpool just before Christmas with a crowd of 2,000 Liverpool fans lining The Kop. However, with only home support able to attend matches, the old gold faithful will have to wait until Sunday’s Molineux meeting with Manchester United to see their team in the flesh once again. 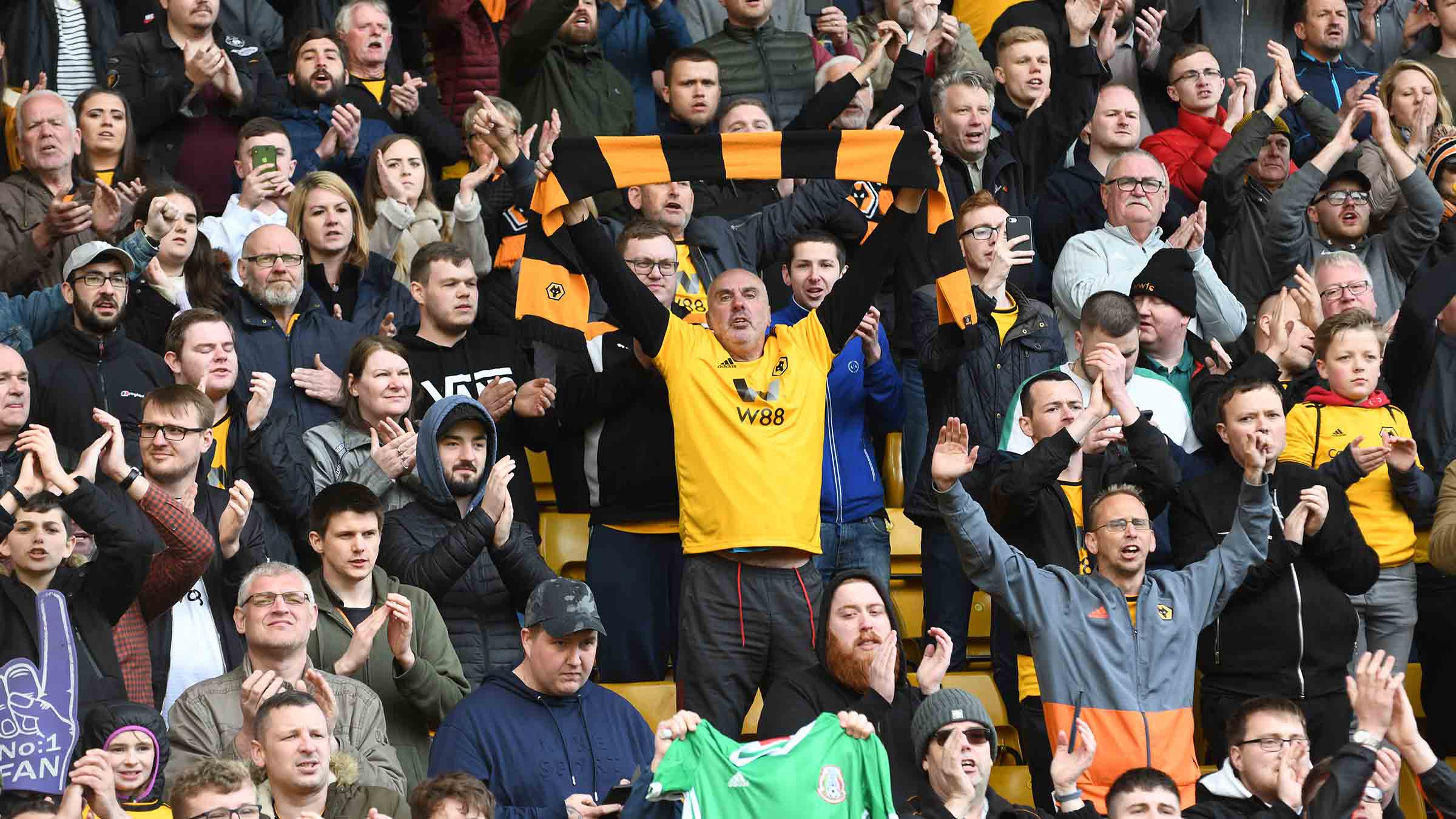 Although Wolves were unable to stop Spurs’ hopes of reaching next season’s European competitions, they could have a telling impact on Everton’s faint optimism of making a top seven finish a reality. With FA Cup winners Leicester City and Carabao Cup holders Manchester City already guaranteed a place in Europe next season, the seventh spot in the Premier League will earn the recipients a place in the newly created UEFA Europa Conference League.

Everton currently sit eighth in the table heading into the penultimate gameweek of the season, three points behind West Ham United and Spurs, but with a much lower goal difference. And with Arsenal just a point behind, the Toffee’s will need to take maximum points from their final two fixtures and hope the Hammers fall to successive defeats if they are to pip them to Europe.

3. HISTORY IS ON WOLVES’ SIDE

As two of the oldest football clubs in the country, Wolves and Everton have faced off 135 times so far since their inaugural match back in January 1889 in the very first season of the Football League. Those in gold and black were the team who had the better of the early meetings, having done the double over the Toffees thank to a 5-0 win at home before a 2-1 win in the north west just two weeks later.

But league doubles have been hard to come by for both sides since then, and neither side has been able to win the home and away contests in the same season since 1975/76, when Everton followed up a 2-1 win at Molineux with a 3-0 victory at Goodison. After Everton won the reverse fixture in the Black Country back in January, history is on Wolves’ side to get at least a draw on Wednesday night.

4. NOT SO GOOD AT GOODISON

Both Wolves and Everton will be hoping to get back to winning ways this midweek after under-par results at the weekend. Wolves fell to a goal in each half away at Spurs, while Carlo Ancelotti’s men had an arguably even more disappointing defeat against Sheffield United, with an early Daniel Jebbison goal proving the difference, which saw Everton slip down the league table.

Having failed to win 10 of their last 11 home matches at Goodison, Everton have one of the worst home records in the division, and although that might give Wolves hope of getting points, they have been poor on the road in 2020/21, having won just one of their last six away from Molineux, meaning it’s all to play for by the form book. 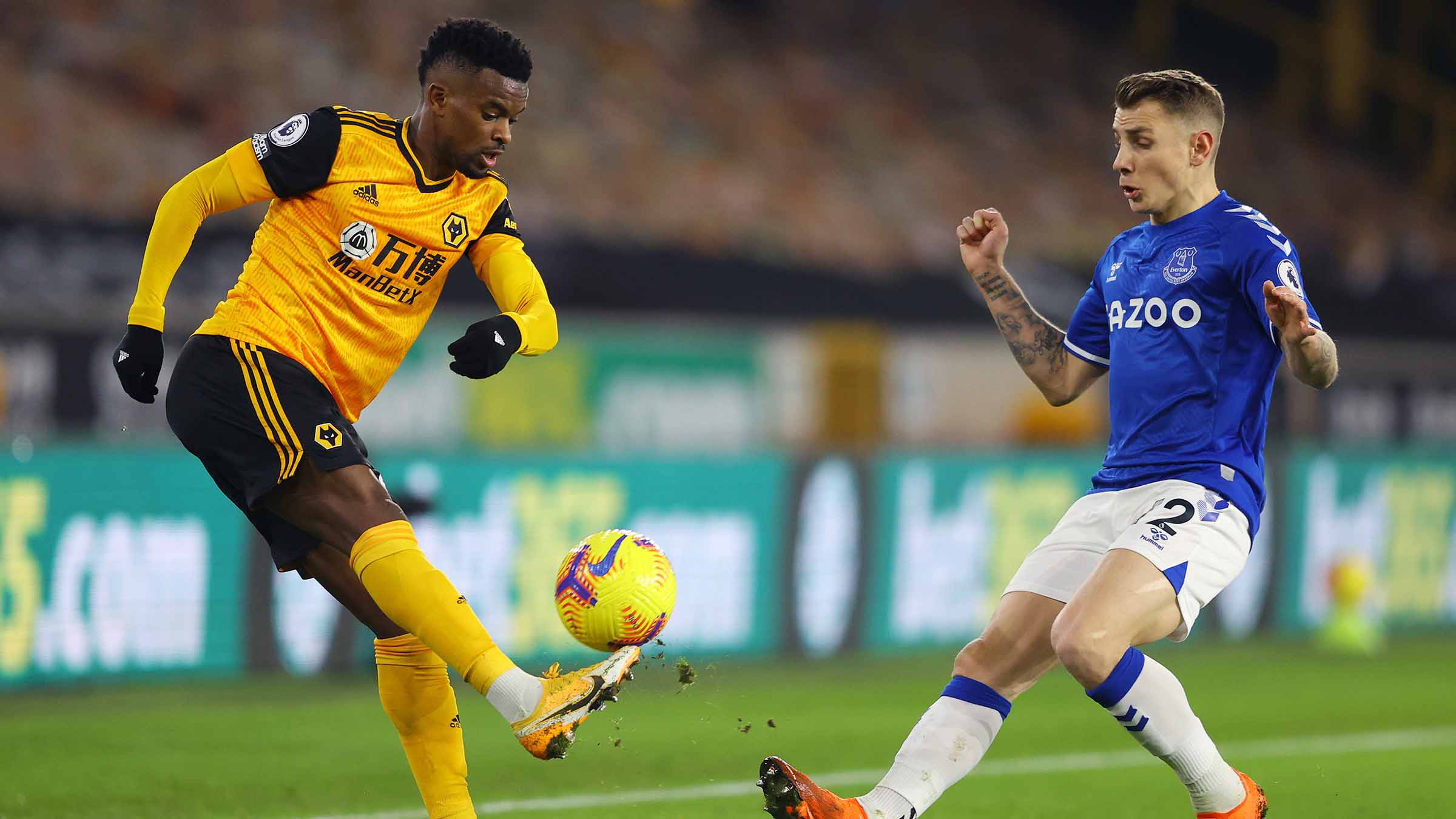 5. THE KIDS ARE ALRIGHT

Having become the first Premier League team in history to name five players born in the 200s in their starting line-up against Brighton 10 days ago, Nuno names a slightly more senior team on Sunday, brining Nelson Semedo in for Rayan Ait-Nouri at left-back. With Ki-Jana Hoever, Vitinha, Morgan Gibbs-White and Fabio Silva maintaining their places, the head coach has options for Wednesday evening, with Willian Jose and Ruben Neves on the sidelines.

Sunday’s match also saw under-23 winger Theo Corbeanu make his senior debut in the Premier League, replacing Silva with less than 10 minutes remaining. A day later – on his 19th birthday – the Canadian scored two impressive goals in the development side’s heart breaking play-off semi-final defeat, although Nuno said none of the young players who featured on Monday night will play a part at Everton, but they might be in the reckoning for Sunday.

Who do you think Nuno should start against Everton? Pick your line-up for Wolves' penultimate Premier League match of 2020/21 below.