5 things to know | Wolves vs Brighton

Wolves return home to face Brighton & Hove Albion on Sunday, in what is hoped to be the final fixture at an empty Molineux, so as you give your support from home once again, here are five things to note.

1. It’s not been on for the neutrals

While goals have been aplenty between these two sides at the Amex in the previous two meetings – ten to be precise – Molineux hasn’t been so forthcoming with the entertainment. Since Wolves and Brighton were reunited in the Premier League, there’s yet to be a goal scored by either in the West Midlands, with two goalless draws the results for their efforts. Two years ago, Brighton’s predicament at the bottom of the Premier League made their draw at Molineux invaluable, while the point left Wolves with work to do to secure European football, which they famously achieved.

Last season’s meeting held a similar backdrop, with Brighton on their way to a successful quest to avoid the drop once again, which they completed after lockdown, but two dropped points proved costly for the old gold this time, with seventh place not enough for qualification to the Europa League in 2020.

Since then, the pair draw 3-3 on the south coast back in January. Now, neutrals will certainly be hoping for the entertainment to make its way up to the Black Country on Sunday lunchtime.

Leander Dendoncker's header against West Ham is up for the @premierleague goal of the month.

2. The end of an era… hopefully

It seems a lifetime ago – 428 days in fact by the time Sunday rolls around – but this was the exact fixture on show the last time supporters stepped foot inside Molineux stadium. 7th March 2020 was the date, 31,490 were inside Molineux, and while all were conscious of the impact Covid-19 was having elsewhere, few imagined they’d still not have stepped foot back inside by May 2021. Of course, a small number of supporters are expected to make their long-awaited return for the Premier League finale against Manchester United, meaning this Brighton fixture will hopefully be the final one behind close doors.

Speaking in his programme notes [available here], Conor Coady said: “Being without you for an entire season has been hugely challenging, your absence has been felt massively every single game, and that will be no different against Brighton & Hove Albion. Hopefully, when I’m putting my notes together for the Manchester United game, it’ll be a welcome back. Before then, it’s important we remain professional and represent this club with pride.” 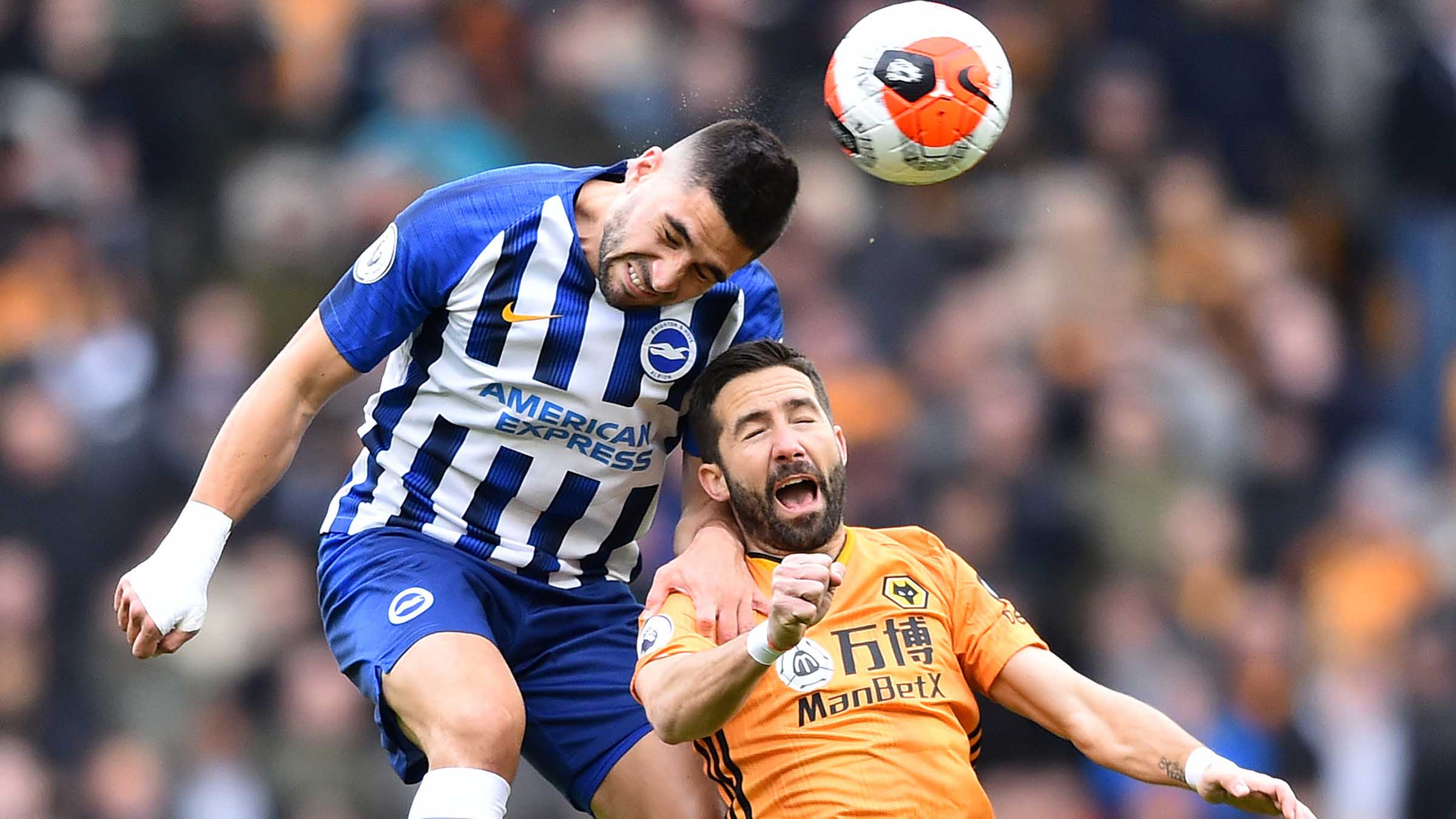 When Fabio Silva wheeled away to celebrate his goal against West Bromwich Albion, which came with more than a slice of fortunate, nobody with an old gold affiliation minded one jot. That’s because, first and foremost, it put Wolves ahead against the old enemy. However, there’s a universal feeling that Silva deserved that goal for the tireless performances he’s produced in recent weeks. After a goal and assist against West Ham United and Fulham, the Portuguese deserved his start and let nobody down with an accomplished performance and goal.

That strike was Silva’s fourth of the campaign, meaning he could still finish as the club’s top goal scorer for the campaign. Pedro Neto, who won’t play again this term due to injury, is sat on five, alongside midfielder Ruben Neves. A goal against the Seagulls, providing Neves blanks, would more Silva joint level, with the top gong in his sights. Who is backing the 18-year-old to claim the honour?

"When you are a striker, you have to smell the goal."

Silva was one five players agreed 21 or under who featured at the Hawthorns, and after Nuno praised their impact post-match, the head coach must now decide if to take the same approach on Sunday. Silva scored, Owen Otasowie and Vintiha were involved in the goal, Rayan Ait-Nouri was a threat down the left and Morgan Gibbs-White produced the tackle of the game off the bench, so all provided promise for the future.

Vitinha particularly caught the eye, being voted the supporters’ Man of the Match on the Wolves App and earning universal praise from the Matchday Live Extra panel, which can be read here. The 21-year-old has been patient for his chance – the start at the Hawthorns was only his third in the Premier League – but now he’ll hope to make up for lost time during the final four. Previously, supporters were given a glimpse of his talent with a stunning goal against Chorley in the Emirates FA Cup, and now the target will be a strike in the league to savour – could it come on Sunday?

5. Experience missing in both camps

Hoping to hep the youngsters out this weekend will be the experienced Joao Moutinho, who returned to training this week. The midfielder has missed the last two due to injury, but Nuno confirmed the Portuguese is back in training and, should he get through Saturday's session, will be available for selection. The head coach also provided a positive update on Willy Boly, who is also back in the group, but Sunday’s game will come too soon for him. Elsewhere, Nuno reported “issues” but, naturally, wasn’t giving detail of the personnel involved.

The only injury talking point from Graham Potter’s pre-match press conference was Adam Lallana, for whom Sunday’s game will also come too soon, so the former Liverpool man will remain at home with the likes of Solly March and Tariq Lamptey. 10 points above the drop zone with only 12 left to play for, Albion know their job can be completed with a positive result at Molineux on Sunday.