Monday is derby day in the Black Country. Wolves make the short trip to the Hawthorns for the first time since 2012 and here are five things to know before a ball is kicked.

Wolves supporters won’t like admitting it, but their side’s recent record against their arch-rivals makes for painful reading. Results at Molineux haven’t been a complete success story, but it’s what’s taken place at the Hawthorns which needs amending more immediately for the old gold. The 4-2 win over Albion on the road in 1996 was one of the most famous derbies, at least from a Wolverhampton perspective, but unfortunately, that three-point haul hasn’t been replicated since. It means Wolves are without a win at the Hawthorns in ten matches – a record which needs setting straight.

There have been close calls along the way. In 2011 a 90th minute Carlos Vella equaliser broke Wolves hearts and Nathan Blake had Wolves in front for more than 45 minutes ten years earlier, before the Baggies found another leveller. But three points will be the target on Monday evening, and someone has an opportunity to write their name in the history books the same way Iwan Roberts did 25 years ago. It could be Willian Jose, Fabio Silva or another old gold star – supporters won’t mind, as long as three points return home with Nuno’s side post-match.

2. Turning to the youth

With Sunday’s game already beyond repair, Nuno opted to give minutes to a trio of young players, who’ll be desperate for more opportunities during the final five matches of the season. While none of Silva, Morgan Gibbs-White or Vitinha transformed the game, they did add energy and periods of tidy play. Silva, buoyed by goal involvements against West Ham United and Fulham, showed nice touches on the ball and attempted to link up with fellow strike Jose. Meanwhile, Gibbs-White was comfortable on with the ball at his feet and retained possession and Vitinha was busy in the midfield.

A positive performance against the old enemy, and even a goal, could do wonders for the Wolves career of all three. Silva did enjoy that sensation back in January, when he drew Wolves level against Albion, but his joy was ultimately zapped as the Baggies claimed the points. As a local lad and Academy graduate, Gibbs-White doesn’t need the importance of Monday night explaining, having faced Albion on each step of the youth system, and he’ll be desperate to play his part in a second senior derby. As for Vitinha, he’s been utilised off the bench in three of the last four and is searching for his first goal in the Premier League.

3. At the other end of the scale

While youth and exuberance are options may Nuno opt for, returning to experience is another. Much of that option rests on the fitness of Joao Moutinho, who missed last weekend’s reverse to Burnley through injury. The veteran has belied his years again this term, missing just four Premier League matches, and his ability to still control football matches could be a huge asset to Wolves at the Hawthorns. His stunning winner against Arsenal back in February provided a reminder of what Portugal’s second most-capped international is capable of, and a second goal of the season, for the first time in a Wolves shirt, would be just the tonic.

Nuno gave nothing away regarding the midfielder’s fitness in his pre-match press conference on Friday. However, should he be fit, the place of either Leander Dendoncker or Ruben Neves could be in jeopardy, as the midfielders currently in position of the two shirts. Another option, which Nuno has not been afraid of in the past, is playing three, which could see Wolves gain greater control on the match from the middle of the park.

For Albion, their days back in the top flight appear numbered, with Sam Allardyce’s side now nine points from safety with five games remaining. Squandering two points in injury time at Aston Villa last weekend didn’t help their cause, after Matheus Pereira’s fourth goal in as many matches and Tyrone Mings’ own goal had them ahead. Allardyce is renowned as a Premier League survival specialist, after not suffering relegation at any of his previous seven clubs at this level. However, his work always appeared to be cut out this time around, with the Baggies claiming just seven points from their opening 13 matches.

Since then, however, it hasn’t all been doom and gloom, with a stunning 5-2 win at Chelsea arguably the highest point. Pereira’s form has been impressive, netting ten times in all competitions, while Sam Johnstone has made 137 saves in this season's Premier League, more than any other goalkeeper. However, their situation remains bleak. While it wouldn’t be the final nail in the coffin, defeat on Monday would leave West Brom almost beyond repair this time around. 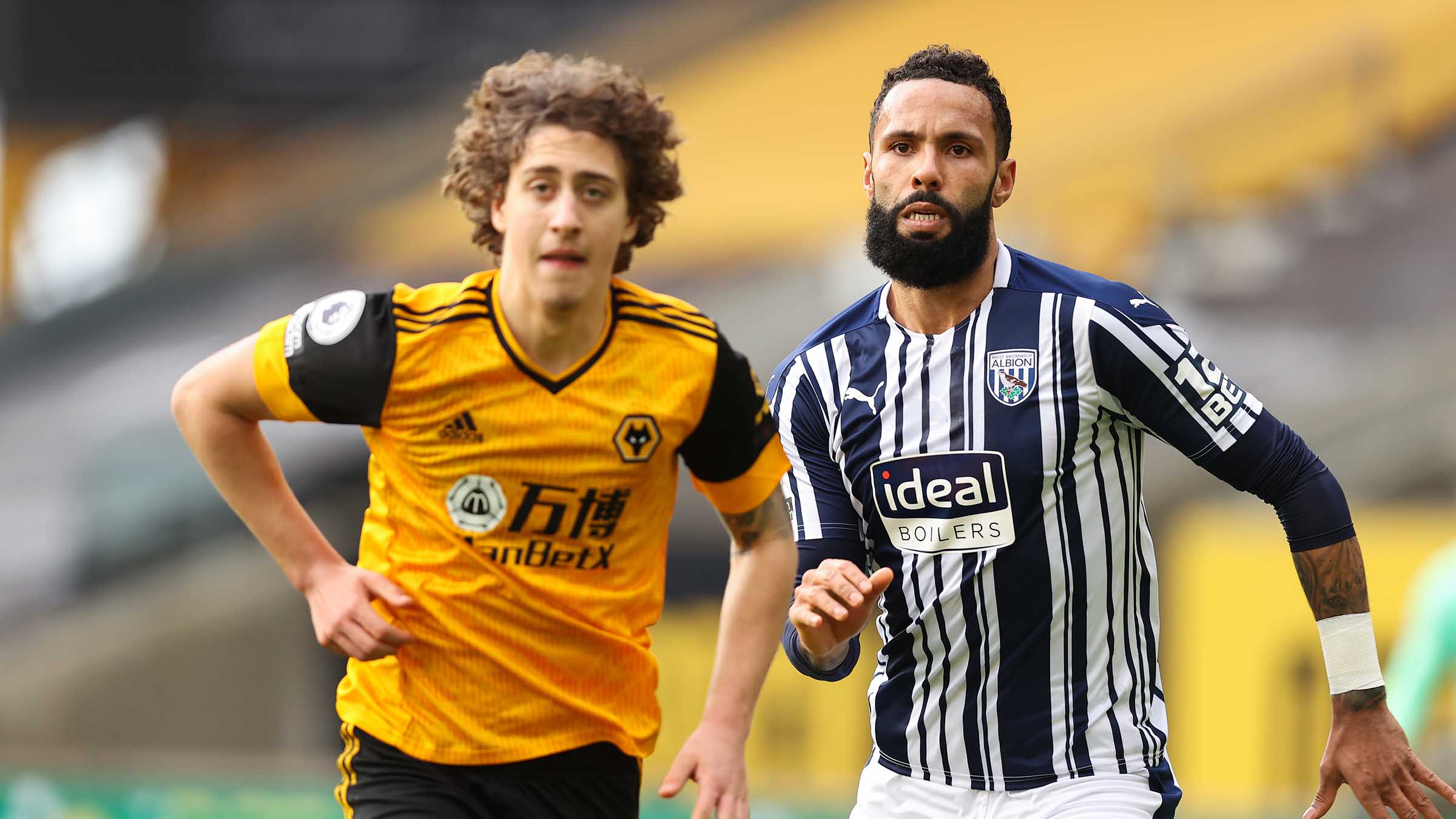 5. Calling on derby experience from elsewhere

The paths Wolves and West Brom have taken for the past eight years have seen these two old enemies avoid each other, meaning Nuno’s entire squad is yet to experience a Black Country derby at the Hawthorns. Of course, the occasion is marred by the lack of a raucous away end on Monday evening, but the players are still aware of its significance. Many have played in world-renowned derbies across the world. Nelson Semedo played in nine El Clasicos for Barcelona, Neves and Moutinho are more than familiar with the FC Porto – Benfica rivalry and Olympiacos vs Panathinaikos derbies are something Daniel Podence experienced on four occasions.

Three of those four featured in their first Black Country derby back in January and will be determined to put the record straight on Monday evening. As they look to do that, they can fall back on the experience of past derbies, and use it to their benefit at the Hawthorns, as Wolves aim to bounce back. 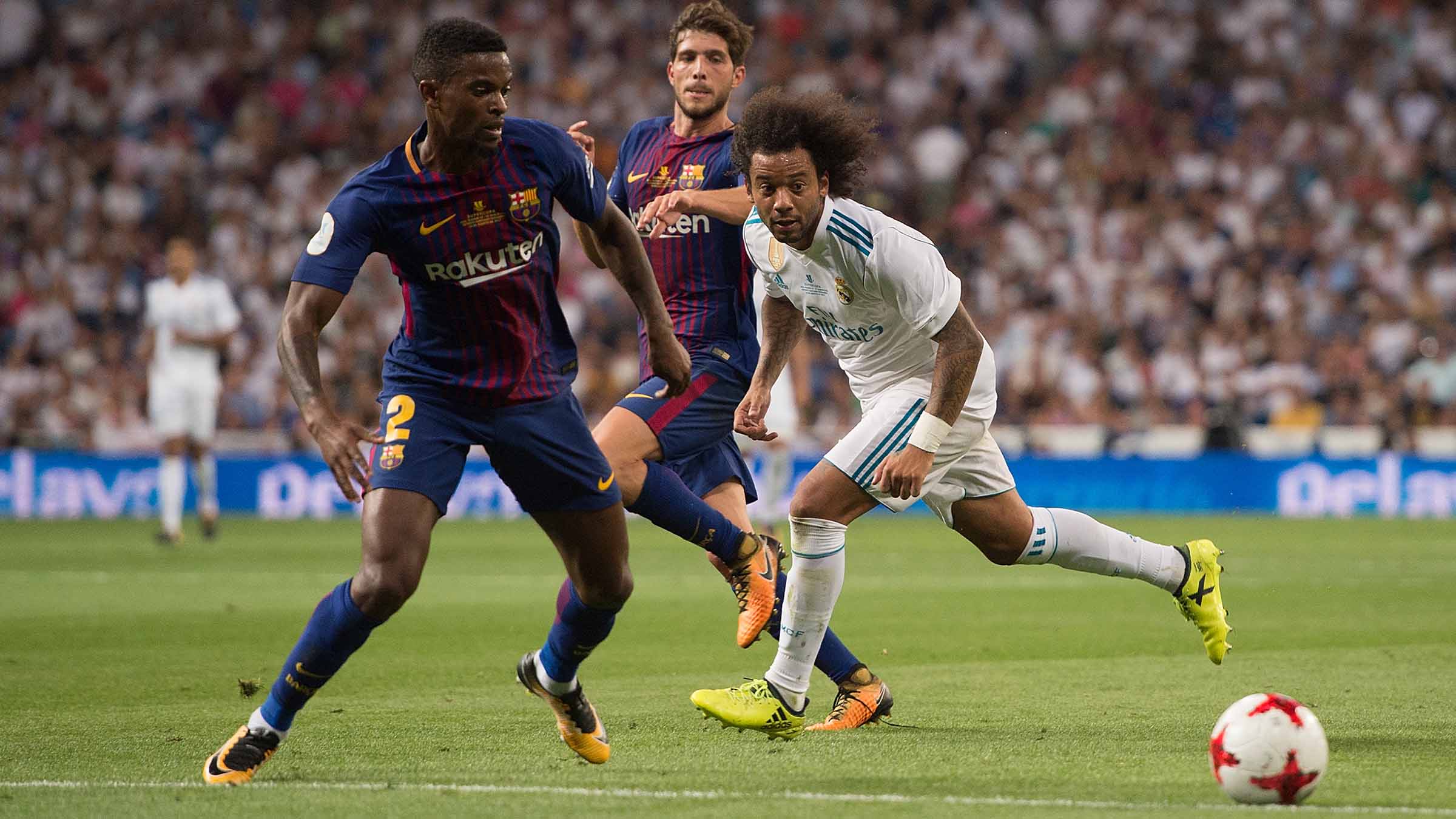