Football returns to Molineux on Saturday evening, with Wolves hurting from the latest injury news, but looking to build on victory last time out, and here are five things to look out for when Sheffield United come to town.

1. Injuries aplenty in both camps

Misfortune with injuries has been a theme in the Premier League this season, not least for Wolves, who have suffered two fresh blows ahead of the clash with the Blades. Pedro Neto’s lengthy spell on the sidelines is underway, and Saturday’s game will be the first in the Premier League he’s missed this season – the only outfield player to achieve that feat, alongside Rui Patricio in goal. Ruben Neves is just one short of that accolade, but will miss game number two this weekend, after testing positive for Covid-19. Neto and Neves join Jonny, Marcal and Raul Jimenez on the absentee list. Nuno Espirito Santo did at least have the returning Daniel Podence available at Fulham last week, getting through 74 minutes, which was crucial, particularly given Neto’s absence.

As for the Blades, they’ve also been out of luck on the injury front this week, as striking duo Billy Sharp and Olie McBurnie were ruled out for the remainder of the season. Skipper Sharp underwent surgery this week, while McBurnie suffered a stress fracture in his fifth metatarsal. Add into the mix influential midfielder Sander Berge, for whom the fixture will come too soon, likewise long-term absentees of Chris Basham, Jack O’Connell and Jack Robinson, and United’s options are more limited.

Wolves’ injuries woes do, however, open the door up to others, particularly the vacancy left by Neto. Whether Nuno will opt to shuffle his pack and return to a back three remains to be seen, but one thing for sure is the positive impact Fabio Silva has had on his side in recent weeks. A fortnight ago, the Portuguese came off the bench to fire home an impressive strike against West Ham United, then last Friday, the forward was thrown on and set up Adama Traore for the winner with a clean pass into the channel.

Is the time now for a start, whether that be alongside Willian Jose, or in place of the Brazilian? Jose himself will feel hard done by after his fine header was ruled out by VAR at Craven Cottage, and competition with Silva will hopefully get the best out of both. No doubt Silva will be hungry for a chance to impress, likewise Morgan Gibbs-White, who also played his part in the winner against the Cottagers.

3. Boly back in the bubble

Like Podence last week, welcoming Willy Boly back into the group this time around will have provided a huge boost to the Wolves camp. The defender missed recent clashes with West Ham and Fulham after contracting Covid-19, but after his isolation period ended, Boly was back training and is available for Saturday’s game. The 30-year-old had only just made his return from injury against Liverpool before the international break, and after featuring for Ivory Coast, his positive test will have brought frustration, so he’ll be hoping for a strong final seven games of the season.

A threat from set pieces during his opening two seasons in old gold, it’s an area Boly will be looking to improve. The defender’s only goal to date this term came against West Brom in January, when he coincidently also registered an assist, so goal involvement will be on his to do list between now and May. 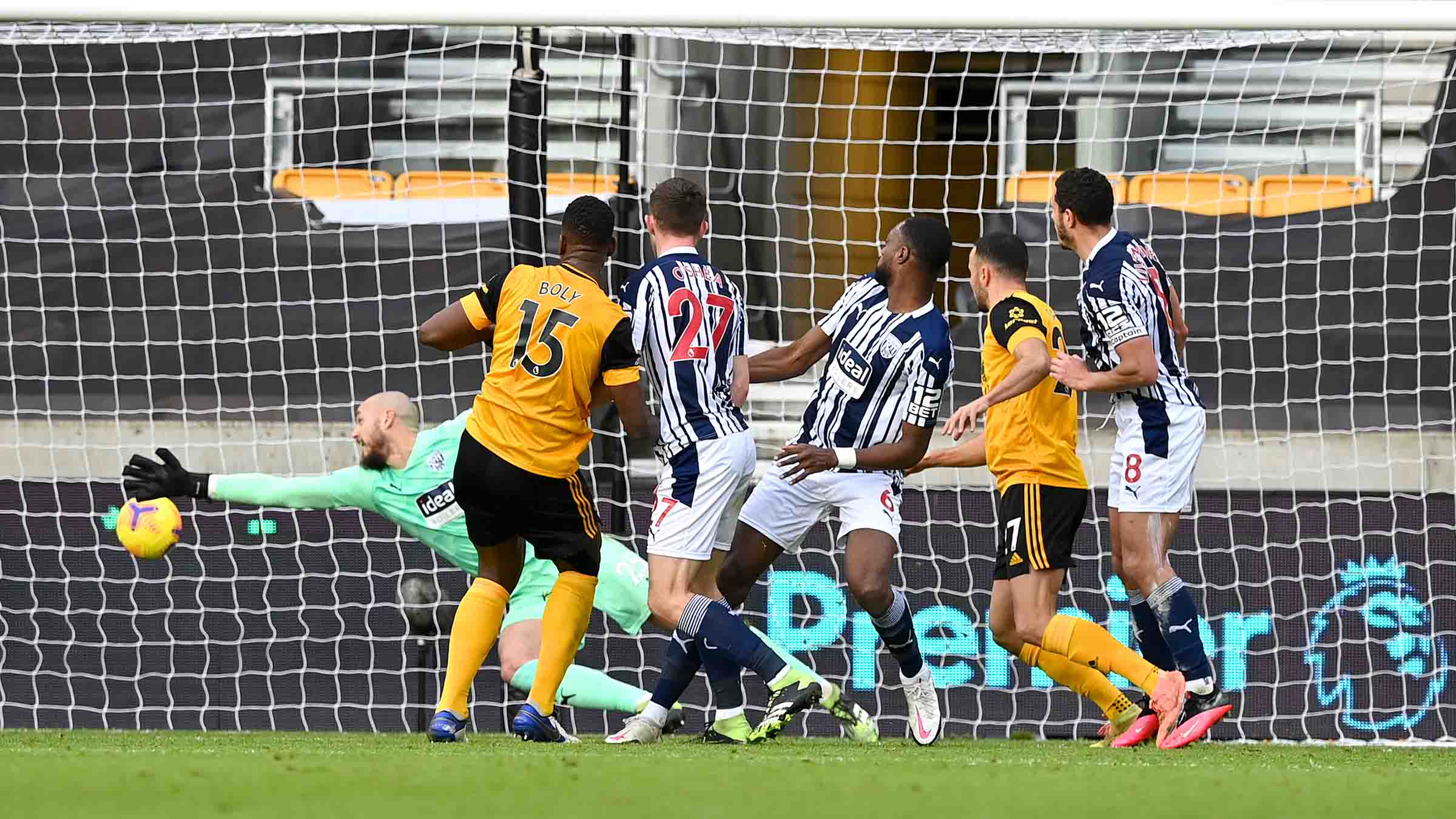 4. A dark day looming for the Blades

Unfortunately for Sheffield United, this has been a season to forget, and the final nail could go in the coffin at Molineux on Saturday night. All depends on Newcastle United in the early kick-off – should the Magpies take something from their clash with West Ham, the Blades will know defeat to the old gold would rubberstamp their return to the Championship. Should that happen, with six games still remaining, United would join Derby County and Huddersfield Town with the unwanted title of the joint earliest clubs to have been relegated from the Premier League in its current guise.

Unfortunately, more unwanted records may follow for the side who were the longest to win their first game a Premier League season – 17 matches before they beat Newcastle in January. Derby’s infamous 2007/08 campaign saw them finish on 20 goals and 29 defeats – two stats the Blades will want to avoid, currently sitting on 17 goals and 25 losses. So, although relegation looks a near certainty, there’s still plenty to play for in terms of pride of Paul Heckingbottom and his players.

5. A strong finish on home soil?

The next round of Premier League fixtures are mirrors of the opening day, which kicked off a unique and challenging campaign. When Wolves raced into a two-goal lead in the opening six minutes at Bramall Lane, great excitement formed, but few could expect numbers in the treatment room and lack of Molineux atmosphere to be so problematic. It feels like Wolves miss their pack more than most in the Premier League, with a raucous Molineux backing guaranteed each home matchday under Nuno’s tenure. That absence has been sorely felt, but the final four home games of the campaign provide an opportunity to finish strongly and provide renewed hope on home soil.

The Blades, Burnley and Brighton & Hove Albion are the next three up at Molineux and all currently sit below Nuno’s men in the table, so points appear on offer. Following that trio of fixtures, the Premier League remain hopeful of a return of supporters for the final day, so what better way to prepare than with a hat-trick of positive results, starting on Saturday?