5 things to know | Fulham vs Wolves

After three weeks without football, Wolves are back in action just four days after their narrow defeat to West Ham United, with Nuno Espirito Santo’s men heading to Fulham on Friday evening. Here are five things to know ahead of the opening match to Premier League’s gameweek 31.

Against the Hammers earlier this week, Wolves switched from a back five to a four-man defence, and for the first 40 minutes of the game, the change in system did not have the desired effect, with Nuno’s side going three goals behind after what the head coach called a ‘very poor’ defensive display. However, the altered formation did have a positive impact at the other end of the pitch with Wolves creating several chances throughout the 90 minutes, and arguably could have outscored their opposition.

Whether Nuno decides to stick with a 4-2-3-1, which gives his team a greater attacking threat but leaves them a lot more open at the back, or reverts back to a 5-2-3 or 3-4-3 for the arrival of Fulham could depend on the personnel he has available to him on Friday night. But against a team who need every point possible in their battle against relegation, Wolves might not want to get into a shootout, and remaining tight in defence could be in Nuno’s thinking.

2. MISSING PIECES OF THE JIGSAW

The system decision could be greatly affected by the players who are currently missing from Nuno’s squad, with the two most recent key pieces who will not be available on Friday night being Jonny and Willy Boly. The latter tested positive for Covid after coming back from international duty having scored his first goal for Ivory Coast, and his absence may have been a big reason in switching to a back four on Monday.

Nuno confirmed that Jonny, who will be undergoing surgery once again on the same ACL injury he had just returned from, and Boly were both set to start on Monday before their late lay-offs, but with a few days to prepare without the pair, it would be a surprise if Wolves’ defence aren’t going to be better drilled ahead of the visit to south London.

With just eight matches of the Premier League season remaining, Wolves still have to play five of the bottom six, and that run of fixtures begins on Friday night with a visit to the relegation threatened Cottagers. Scott Parker’s side sit just three points shy of 17th placed Newcastle United, but having played one game more than the Magpies, so will be going all out to pick up a result against a Wolves side who have won just once in the last six matches.

Fulham’s form has been up and down this season, picking up impressive wins against Leicester City and Liverpool, as well as enjoying a run of just one defeat in eight matches in January and February. But three defeats on the bounce against Man City, Leeds United and Aston Villa – where Fulham were in control for much of the match before suffering a remarkable collapse in the last 15 minutes – has stunted their survival hopes. 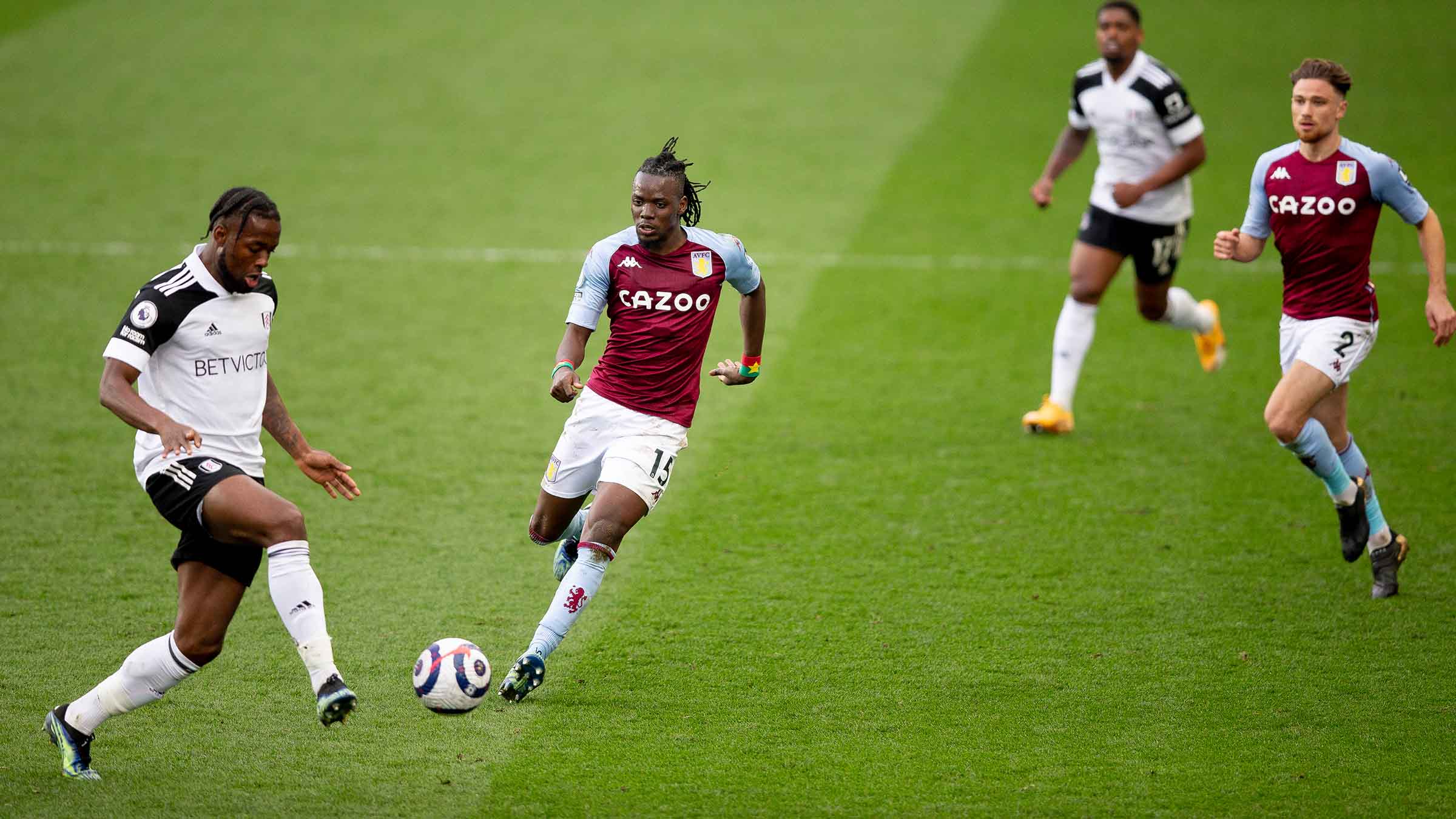 Scoring goals had been Wolves’ issue ahead of the international break, notching just two goals in their previous four matches, but despite not taking a point against West Ham on Monday, Wolves more than matched the league’s fourth-placed side during the match, especially in attack, where the gold and black fired 20 shots at the Hammers’ goal, compared to just the nine they faced themselves.

The return of Daniel Podence after eight games away gave Wolves a much-needed attacking boost, with the Portuguese forward sat behind Willian Jose for the opening half and linking play with Pedro Neto and Adama Traore on the wings. With Raul Jimenez also continuing his recovery and Nuno confident the Mexican will be back before the end of the season, if Wolves could click at both ends of the pitch at the same time, they will be a tough team to beat in the top-flight.

We have eight games left, we want to do things good, and I think the team will go well now and have good games.

Having replaced Podence at half-time on Monday, Fabio Silva made an impact in the second period at Molineux and is hoping the character the team showed in their attempt to fight back will continue into Friday evening. While Fulham’s capitulation at Aston Villa late on last weekend, mean the sides will be coming into the match in quite different spirits.

However, the hosts will take heart from the fact they are unbeaten in their five Premier League meetings with Wolves at Craven Cottage, having won two and drawn five. But Wolves hold the advantage this season having claimed a 1-0 victory in the reverse fixture back in October.