Nelson Semedo believes a positive result at Fulham would set Wolves back on the track, ahead of back-to-back home games which will conclude April.

The old gold suffered defeats either side of the international break in very different circumstances, after losing by one goal to Liverpool and finishing on the wrong side of an entertaining battle with West Ham United on Monday. With a quick turnaround ahead of Friday, Semedo insists the Wolves group know the importance of the Fulham fixture, and they’ll be doing everything to turn things around during an important month of Premier League football.

On the West Ham performance

“It was a crazy game. They didn’t deserve the three goals they scored in the first-half, we finished the game with 20 shots and I think we deserved another result.

“The last games we did good too, against Liverpool we did a good game as well. I guess we’re not having that luck, but we have to keep working and looking forward, trying to get three points.”

“We’re thinking game by game. Now, we’re looking forward to the Fulham game. We know the importance of the game and know that it’s a game that we must do everything to win. Winning that game would bring the confidence to play the next games at home, because we have two at home where we are strong. We’ll try and win.”

On a successful group in place

On his first season at Molineux

“To be honest, it was a normal season, not a good season for me personally. I know I can do much more, it was my first year in the Premier League, I went from a different club and it was not easy, but I will keep working to try to improve and help my team.

“I was used to having more of the ball. Here, it’s different because other teams come and press very good and try to play 50-50. Every team here plays very good, it’s very difficult, very competitive, there is no easy games. It’s much more competitive.

“As a supporter, I understand them because you come from a big club, but it’s not easy to come and adapt. Different football, a different culture, but we are football players and we have to go ahead, to improve always, so that’s what I’m trying to do.” 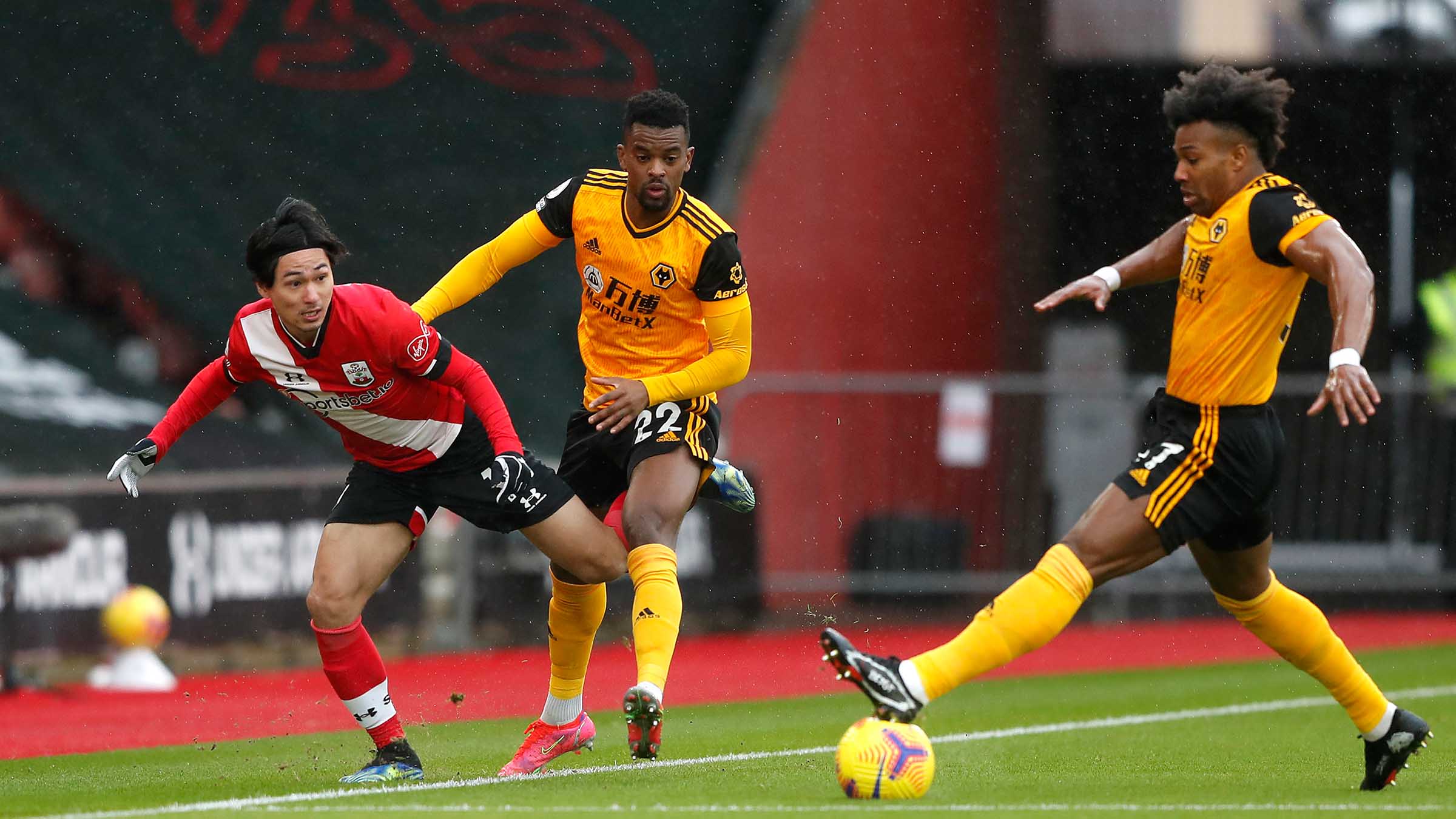 On playing 28 games so far

“It’s not been easy because it’s very competitive, the games are very physical – the players run a lot, they’re very strong, and I’m trying to work on that as well in the gym, doing extra work. I’m working a lot to try to be fit to help the team.”

On the togetherness in the group

“Everybody helped me a lot here. We have very good relations here, we stay after lunch, talking to each other, telling jokes and stories, and we have a very good group, which is important for us on the pitch.”

On handling the Wolverhampton weather

“Sometimes it’s nice, but it’s very cold here. Sunday we had very good weather and yesterday it was snowing. You can have the four seasons in one day, but it’s nice to be at home. I’m the kind of person who likes to be at home with the family, so it’s good.”