Having put together an unbeaten February in the Premier League, Wolves will be hoping to get back to winning ways in their second game of March when they take on Aston Villa, but here are five things to know ahead of the short visit to Birmingham on Saturday evening.

After an impressive February in which Wolves went unbeaten, claiming draws against Leicester City and Newcastle United, as well as one-goal victories over Arsenal and Leeds United, and a stunning second-half turnaround against Southampton, the club have been nominated for a trio of Premier League awards. Thanks to Wolves’ run, Nuno Espirito Santo has been nominated for the Manager of the Month award for the sixth time since the club were promoted to the top-flight.

Two players are up for awards, with Ruben Neves nominated for the Player of the Month award and Joao Moutinho has made the Goal of the Month shortlist. Neves scored three times last month, as well as setting up Pedro Neto for his winning goal at Southampton, while Moutinho wait for a first home Premier League goal ended in stunning style, to help Wolves secure all three points against the Arsenal. The Portuguese picked up the ball 25 yards out from goal, before launching an unstoppable effort that flew past the diving Bernd Leno and into the back of the net off the left post.

Click here to vote for Nuno, Neves or Moutinho.

2. AIMING TO BOUNCE BACK

Despite their positive February form, Wolves weren’t able to maintain that run into March, falling at the first hurdle to runaway league leaders Manchester City at the Etihad on Tuesday night. Although it looked as though Nuno’s gameplan was working with Wolves on top of City with just 15 minutes of the match remaining and trying to find the winner, the old gold crumbled late on with City putting three past a tiring Wolves defence.

But it’s not just the visitors who will be aiming to get back on the winning track on Saturday, as Villa slipped to defeat to bottom of the table Sheffield United in midweek, despite the fact that their opponents had 10 men for more than half an hour of the game. Having overcome Wolves at Molineux with a late goal earlier in the season, Villa will be hopeful of replicating that feat at Villa Park this weekend.

Although the result might have gone Villa’s way in the reverse fixture in December, Wolves know how to overcome their West Midlands rivals having done the double over the Villans for the first time since 1963 last season. Villa Park might not have been the most favourite of hunting grounds for the old gold during the past 60 years, but they got their second win in three Premier League meetings in Birmingham last June.

In the third match back following ‘Project Restart’ which saw the top-flight return following the Covid-19 outbreak, Nuno’ men travelled to Villa Park to face Dean Smith’s side having earned two wins in a row. Similar to their opening games after the restart, a cagey opening half with chances few and far between was sealed with a second-half piece of quality, and this time it was Leander Dendoncker who hit the decisive blow, with a sweetly-struck effort that saw Wolves continue their perfect record.

Aston Villa will be desperate to have captain Jack Grealish back from injury, who has been out of action since complaining of lower leg pain in the build-up to facing Leicester City two weeks ago, after the poor defeat to Sheffield United in midweek. But it seems that Villa will be without their skipper for the fourth game in a row.

In his pre-match press conference, Smith said: “Jack's unlikely to feature on Saturday. I haven't sat down with the medical staff yet but he was running on the AlterG (anti-gravity treadmill) yesterday, which is a positive because if he's running it means he's pain-free. But he didn't get out onto the grass yesterday, so he’s unlikely to play against Wolves, but it's a positive he's out running now.” 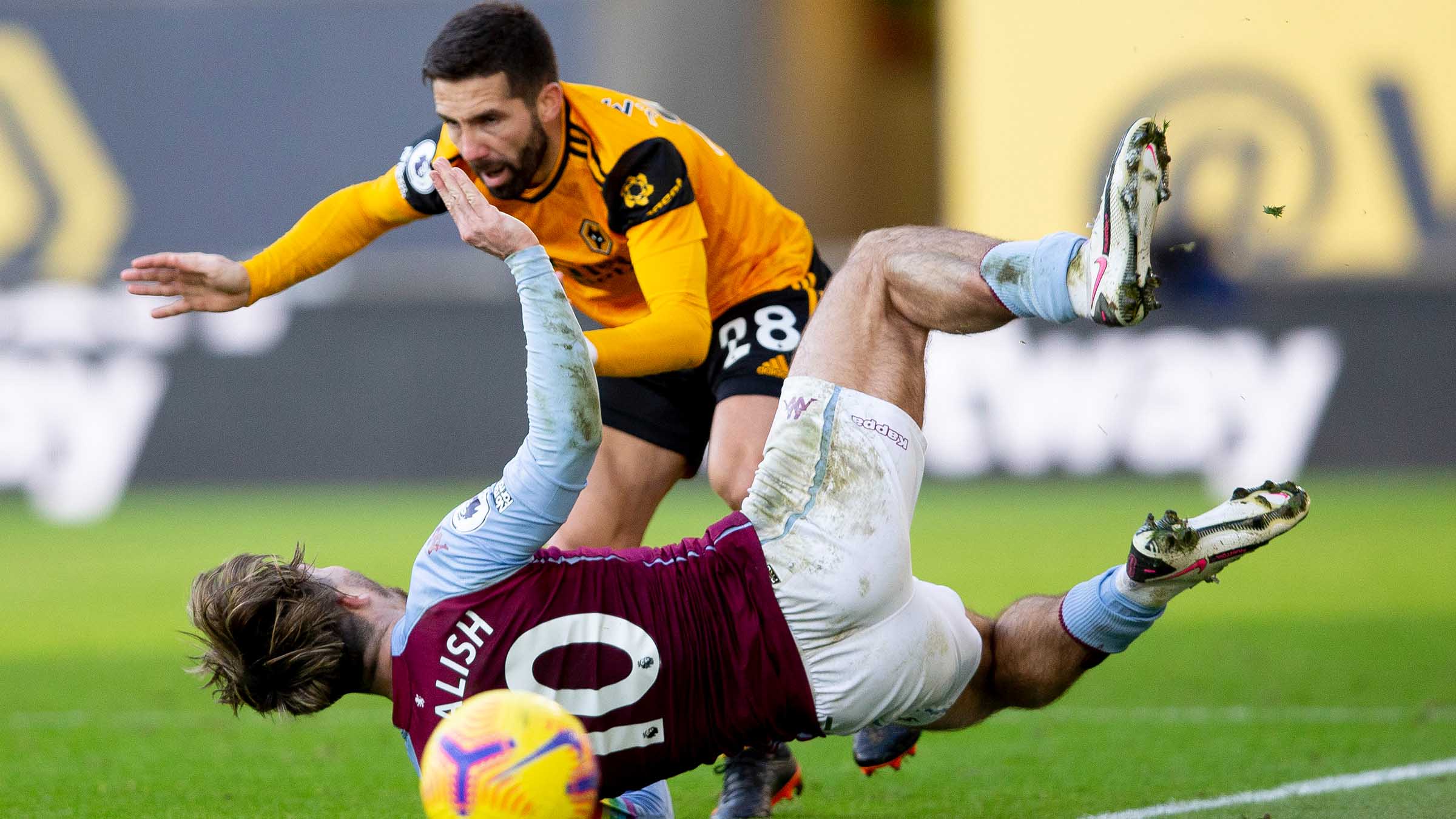 5. THE BIG MAN COMING BACK

A welcome return to the Wolves fold was received by Willy Boly this week, with the defender returning to the squad for the trip to Manchester City, although he was not fully fit enough to start the match, and took a place on the bench. But with a week of training back at Compton under his belt, the Ivory Coast international could be pushing for a place in the starting line-up.

Having made one change to the team on Tuesday night, which saw Ki-Jana Hoever come in for Willian Jose as Nuno moved Nelson Semedo higher up the pitch, Boly’s possible return could see more changes to the side, with Leander Dendoncker, who has been covering at the back while Boly was out, having a chance to be moved back into midfield.