Nuno | On the challenge of ending Man City's winning run

Nuno Espirito Santo insists Wolves will not be taking any specific measures in their attempt to inflict Manchester City’s first defeat in 18 Premier League matches when the sides face off on Tuesday night.

The head coach was very complimentary about City’s winning streak, which stretches back to 21st November, and acknowledged the challenge that was facing his side at the Etihad Stadium this week.

But having taken victories both home and away against Pep Guardiola’s men last season, Nuno believes the way to overcome City will not be based around focusing on the opposition, but utilising his own side’s strengths.

“Their run is because of hard work, quality, dedication, but mainly and more than anything, talent. The talent of the players that they have, it’s fantastic.

“It requires a lot of discipline, balance, it requires cover, focus, determination to reducing distances, but Man City will create a lot of questions and a lot of problems to us which we have to find ourselves solutions and give answers to it.

“First and foremost, we must prepare ourselves for a very difficult challenge, because it’s going to be very tough. We’re going to face Man City, a fantastic team, talented squad, always good ideas in their approach of the game.

“I have a good relationship with Pep, I know him, and I have a lot of admiration and respect for him. He’s an amazing person and a fantastic manager.

“It’s a tough challenge for us, and the first thing that we have to get ready for is to compete very well.” 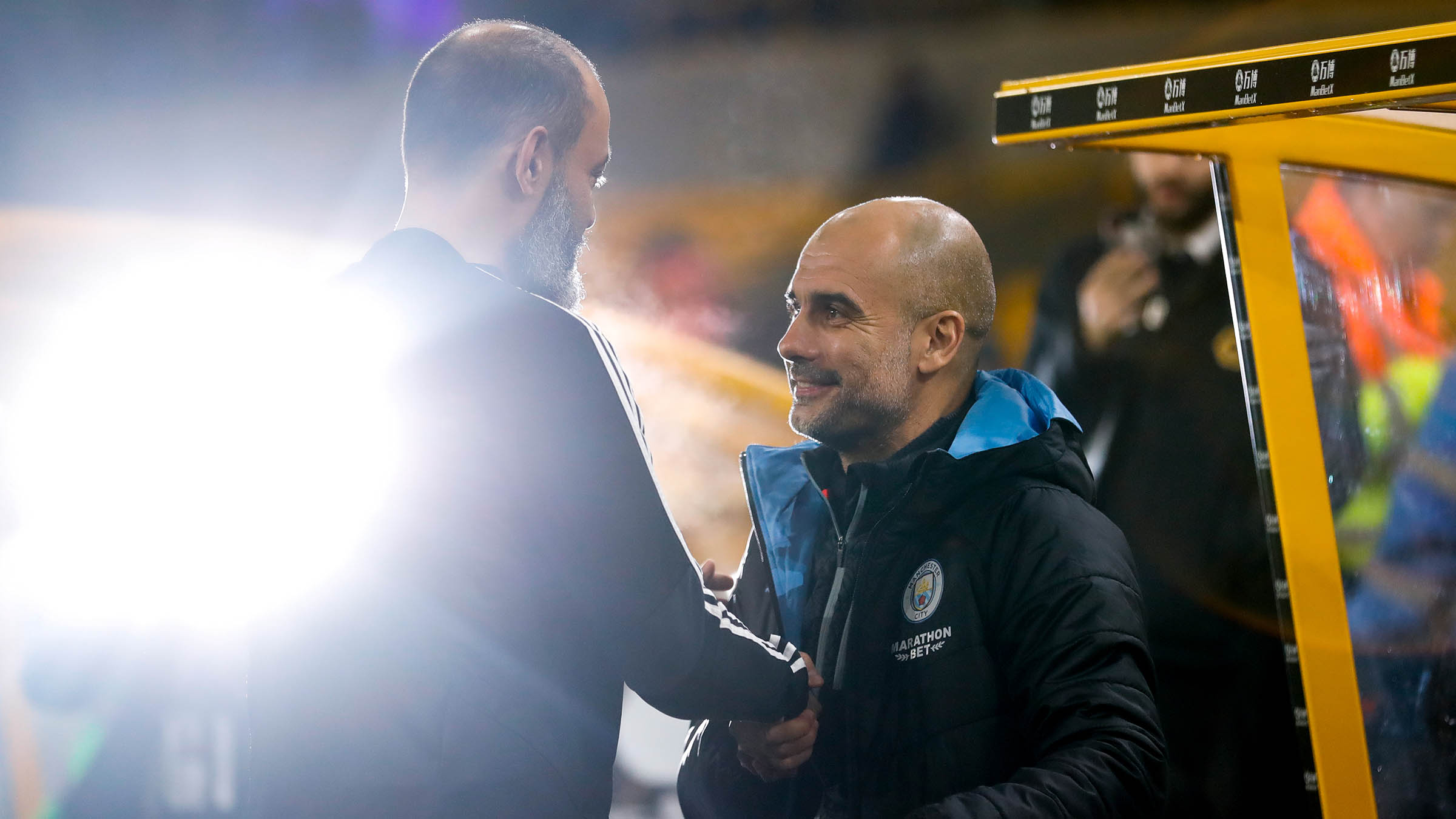 On not changing style to face City

“There’s a way to play against all the opponents, it doesn’t change, it’s about yourself, it’s about your tasks, it’s about the way you face and the attitude that you have for the game, every ball is important.

“All the matches for us are very important, but it’s always tough and we have the realisation that tomorrow is going to be tough. But let’s play the game, let’s challenge ourselves and compete well.”

On injured players unlikely to return

“Same problems that we had. Some players are getting better, but basically the same. You can assume [they won’t play], but you cannot be sure.”

“Very positive. Thank God he’s ok. He’s starting to integrate into some parts of the training session, and we have him around.

“The key moment was the fantastic assistance that he had immediately when the incident happened. That was the key moment. That was avoid anything terrible from happening and they did really well.

“Seeing his progress, with always the awareness that he has to follow the protocols, with this moment he’s avoiding any sort of contract situations, and hopefully soon he will integrate 100 per cent with the squad, then with the fitness and then back to the pitch where we want him.

“There is no timeframe because it’s all based on his progression and based on the protocols that we still have to attend to with the specialist.”

“It was not my idea, but I thought it was honestly a fantastic idea by the medical department because it came from the injury that he had with his shoulder.

“That was caused basically because of holding of his arm and creating this strong impact on his shoulder and he got injured from that.

“It’s hard to stop Adama, it’s very hard to stop him, and that avoids that situation. He becomes more slippery, so we get the advantage of his speed and talent. It was an option to avoid it, and from then on, he’s kept on doing it and it’s good.”

On the passing of Graham Hughes

“He was a legend around the club and a very special person for everybody. His legacy is going to stay.

“I think the only thing was that he didn’t get to say goodbye to Molineux and our fans. So, that’s the only thing. But I think Graham had a very good life.”