Having turned their performances around in recent weeks, Wolves welcome Southampton to Molineux on Thursday evening for the first of two meetings between the sides in the next four days, but here are five things to know ahead of the Emirates FA Cup fifth round match-up.

Just a few weeks ago, Wolves were struggling for points in the Premier League and were having to rely on the cup to be their only source of inspiration. But it’s not just Wolves who took a slump in form in January, as Southampton have experienced a similar dip. Having lost just two matches in their previous 15, the Saints are in the middle of a five-game losing run in the top-flight, including a 9-0 hammering at the hands of Manchester United last week.

Southampton’s only wins in that period have come in the cup as Ralph Hasenhuttl’s men overcame Shrewsbury Town and Arsenal to set up Thursday night’s fifth round match. However, it will be Nuno Espirito Santo’s side who will be the more confident team heading into tonight, having picked up four points from their last two games against an in-form Arsenal side and high-flying Leicester City, but the tie could provide both sides with the much-needed boost they need, with a place in the quarter-finals and one game from Wembley at stake.

Although Wolves and Southampton are used to meeting in the Premier League in recent years, and will next face off in just four days’ time as St Mary’s hosts the old gold on Sunday lunchtime for a top-flight fixture, Thursday’s cup clash will be the first time the teams have gone head to head in the FA Cup since 2003. It will be the fifth meeting of the sides in the competition, and in the past four occasions, each team has won twice.

Southampton won the last meeting against Wolves in March 2003, en route to reaching the final that season, with a 2-0 win over Dave Jones’ gold and black side in the quarter-finals at St Mary’s, but the recent record between the sides has firmly been in Wolves’ favour as they have lost just one of their last 10 fixtures against the Saints, including five wins and four draws, with their league meeting at Molineux earlier this season ending 1-1.

3. A PLACE IN THE QUARTERS AWAITS

This evening, Wolves are looking to reach the FA Cup quarter-finals for the second time in the last three seasons, having done so in just one of the previous 20 campaigns in the competition, as Nuno’s side went all the way to the semis back in 2018/19 before falling out of the cup in extra time. The head coach said he has no unfinished business in the competition following that defeat but will use it as an experience to learn from ahead of tonight’s clash, which could see his side keep three consecutive clean sheets. Having won both of their FA Cup matches 1-0 this season, a third shutout in a row would see Wolves set a record they haven’t matched since February 1976.

Southampton have already knocked competition holders Arsenal out in the previous round with a 1-0 victory, and if they were to overcome Wolves this evening, it would be only the second time in the Premier League era that Saints have eliminated top-flight opposition in consecutive rounds. The last time the side did it was in the 2017/18 season, beating Watford and West Bromwich Albion en route to the semi-final. The Saints also have an impressive record of having a different player score their past 10 FA Cup goals, which also included an own goal in their win over the Gunners in the fourth round.

Wolves can take heart from their victory against the Saints the last time the teams played in a cup competition, as in Nuno’s sixth game in charge of the side, they earned a 2-0 win on the road in the 2017 League Cup. Click here, or on the image below, to test your knowledge of the old gold team that day in the latest Wolves Trivia quiz. 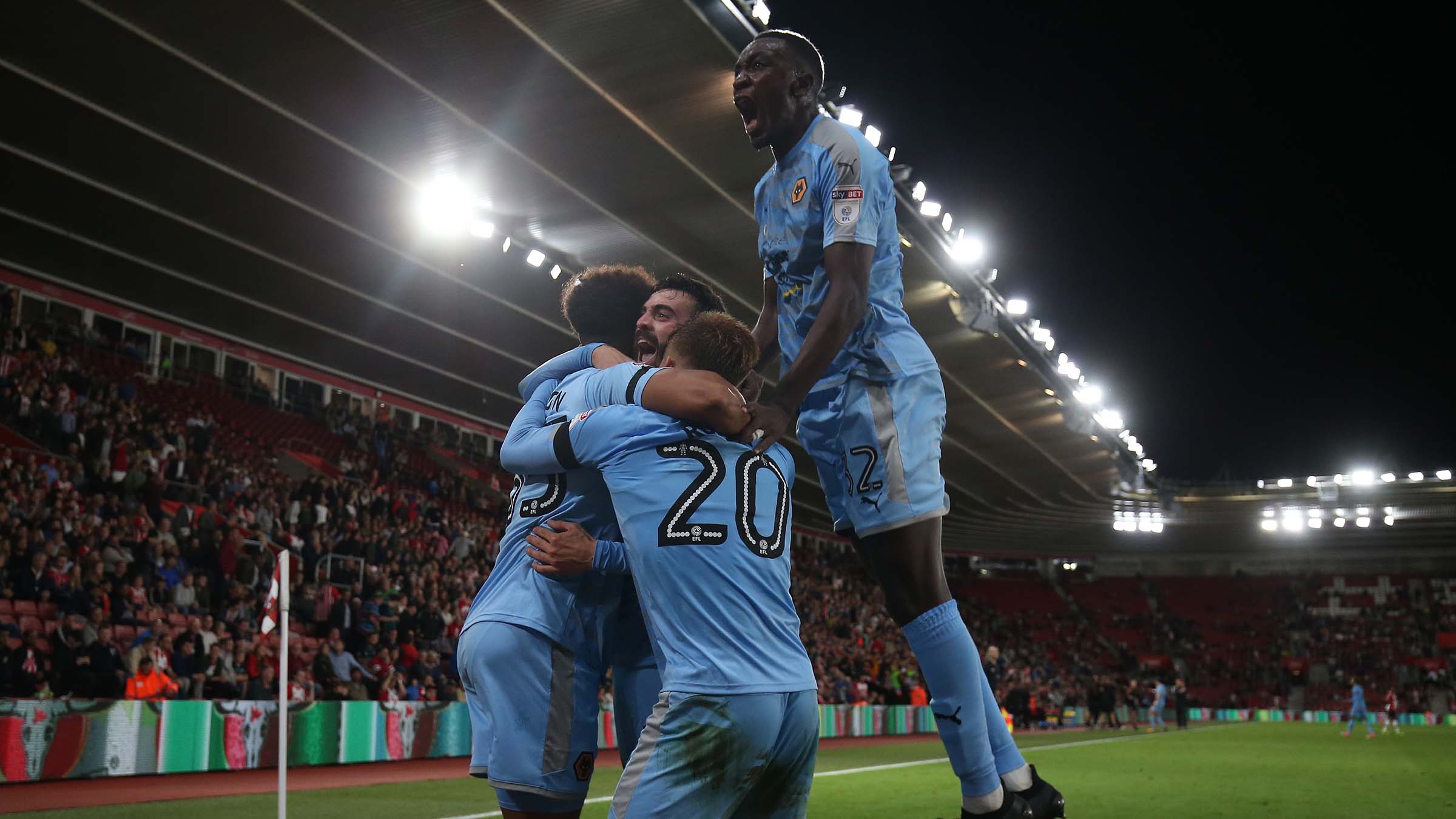 Jonny shocked everyone by returning to the Wolves team for Sunday’s Premier League clash with Leicester City having recovered from an ACL injury he suffered exactly six months and a day before his comeback. And he looked like he had never been away, putting in a terrific first-half showing in the goalless draw, before being taken off after 45 minutes as he weans his way back to full fitness.

That good week for Jonny continued on Wednesday as he also put pen to paper on a contract extension, which will keep the Spanish international at the club until 2025. After signing, Jonny said: “From day one I’ve felt that my happiness is in Wolverhampton and this feeling will continue until 2025. Proud to be part of this family!”

In his pre-match press conference on Wednesday afternoon, Nuno confirmed Rayan Ait-Nouri was back in training and could be one of his options for this evening’s match, although Marcal is still unavailable for this evening, meaning there will be a decision to be made over who takes the left-back/left wing-back slot with Jonny also still returning to full fitness. Nuno has a tendency to go as strong as he can in the FA Cup, with John Ruddy expected to come in for Rui Patricio between the sticks, and with Willy Boly and Daniel Podence still missing, it could see Wolves play an almost identical line-up that faced Leicester at the weekend.

Southampton have several injury worries ahead of this evening’s match. Kyle Walker-Peters is available again having missed Saints’ last four games with a thigh problem, while Will Smallbone and Theo Walcott are out and Stuart Armstrong is doubtful. Hasenhuttl will also be without the services of Alexandre Jankewitz due to suspension following his red card against United, and on-loan Liverpool forward Takumi Minamino, who scored on his Southampton debut last weekend, is unable to play in the FA Cup.