Nuno Espirito Santo believes the win over Arsenal was a reward for Wolves’ preparations, after the group acknowledged their issues and found a way to overcome them on Tuesday.

Wolves came from behind, with the assistance of a penalty and red card on the stroke of half-time, to storm back and claim a first win in nine matches thanks to goals from Ruben Neves and Joao Moutinho. Nuno was pleased with how his side managed the contest after the break, and a second red card, but knows improvements still need to happen ahead of a busy second half of the campaign.

On a big moment in the season

“I think it was before the game. I think the big moment for us was before the game, we really recognised what the team needs. It’s the best of each one of us. Individual actions for the team. We are in this process, we build our way, we build our confidence, so we can continue through the hard competition that doesn’t stop, it gets harder and harder.

“It’s about all that happened before and what is in front of us, we are trying to get the team back, the confidence back, it was important before he game how we approached it and we must improve in a lot of aspects of our game.”

“It’s amazing. Beautiful goal. When you see a goal so beautiful, you have to enjoy it. Joao is a very talented player.

“It’s a football match, I’ve managed many matches, every match has its own history. Today was hard, it’s a big moment for us in terms of what it means for what we want to rebuild.”

“They started very well. Arsenal were playing very good, they created us enormous problems in the first-half. We got a warning from the goal, this fragility that you see, we must try to improve it.

“Every time we are in our box, we don’t defend well, so we must improve on that aspect. Arsenal have good players, good possession, and the first-half was very difficult for us.

“It was difficult because our opponent are quality. The pivotal moment that changed the game was the penalty. That gave us the belief that we could go for the second-half and chase the game.”

On controlling the game after the break

“We had to have patience, move the ball from one side to the other, Arsenal were struggling in those moments and after much harder, but even though, I must be honest, the feeling was that let’s have the ball so they can’t cause us problems and it should be the other way around.

“We should kill the game, we had options to do so, and this is what we’re looking for, this maturity that we recognise the moment that we must kill the game. We’ll go inside and try to find a better way to do it.” 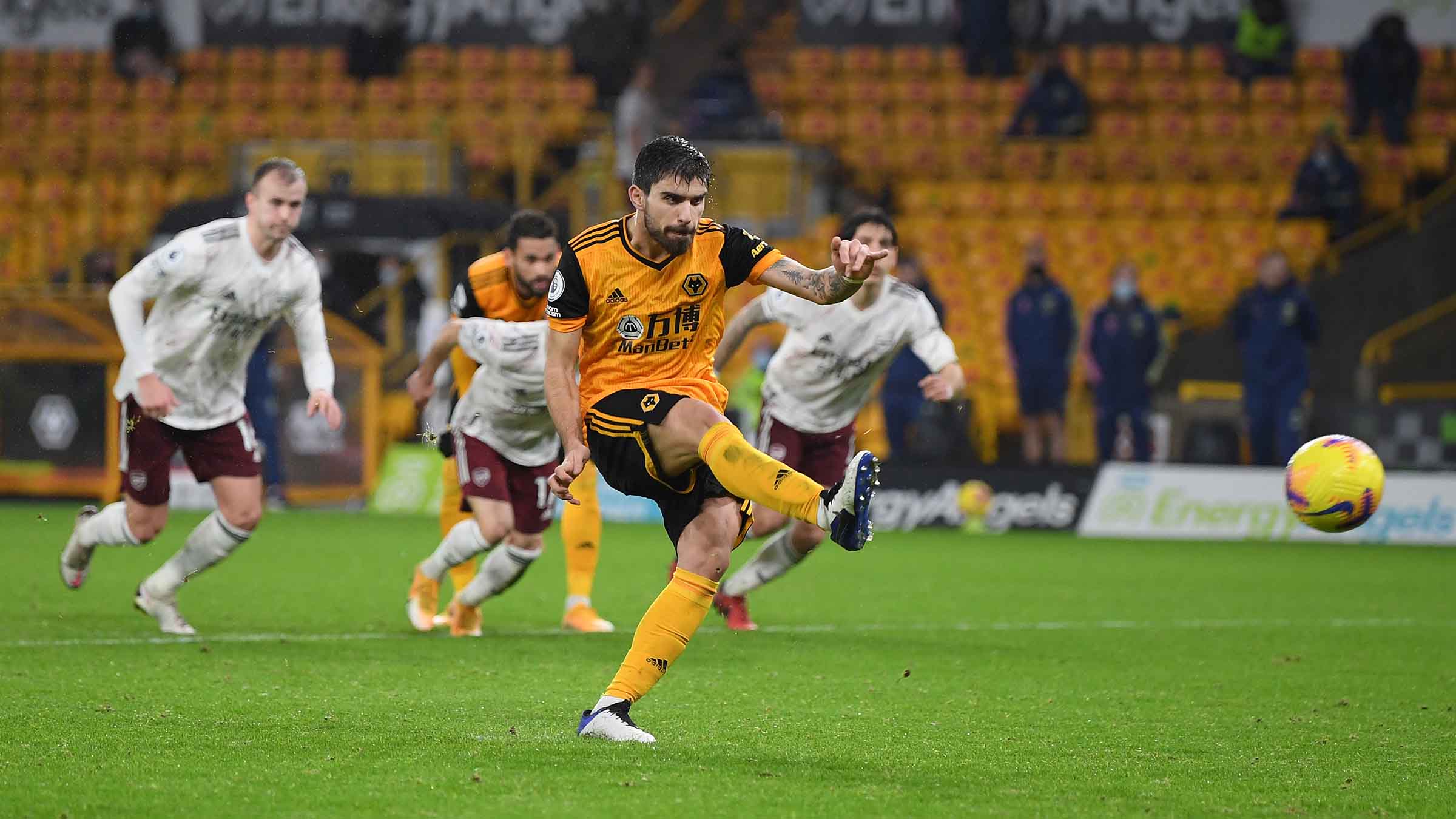 “The confidence is not about that, it’s recognising individually how we can improve, that’s what gives you confidence. How you prepare yourself, how we train is how we compete, so we must raise the standards individually.”

“The moment of the penalty, all the situations he had, we have to integrate him better in the dynamic of the team. It’s him recognising his teammates, seeing his strengths, we are in the process, trying hard.”