It’s a second trip to the capital in four days for Nuno Espirito Santo’s side this weekend, as Wolves take on Crystal Palace for the third time this season. Here are five things to know before a ball is kicked on Saturday afternoon.

The one disappointment for Wolves on Wednesday evening was the loss of Rayan Ait-Nouri, who was withdrawn at half-time and will miss the trip to the Eagles. During his pre-match press conference on Friday, Nuno said: “He is out. He still has to do a scan and an MRI to see, but he’s not available for the game.”

At Stamford Bridge, Ki-Jana Hoever was called upon as Ait-Nouri’s replacement, with Nelson Semedo switching to the left side admirably. Should Ait-Nouri not make it, that will once again be an option, as will Romain Saiss at left-wing back, which he’s done on three occasions already this season.

Generally, however, Wolves’ injury crisis is lifting, particularly with Daniel Podence back in the fray. The Portuguese made his return at Stamford Bridge and got through 72 minutes, which will have pleased his manager. Likewise, Willy Boly has been influential in Wolves’ clean sheets in the past two games and is back to his best and Morgan Gibbs-White is back in training. That leaves Jonny, Marcal and Raul Jimenez, certainly out, but Nuno hinted there may be further issues, but was naturally unprepared to disclose the full details. The head coach will be hoping those issues can be overcome by the time he names his team on Saturday. 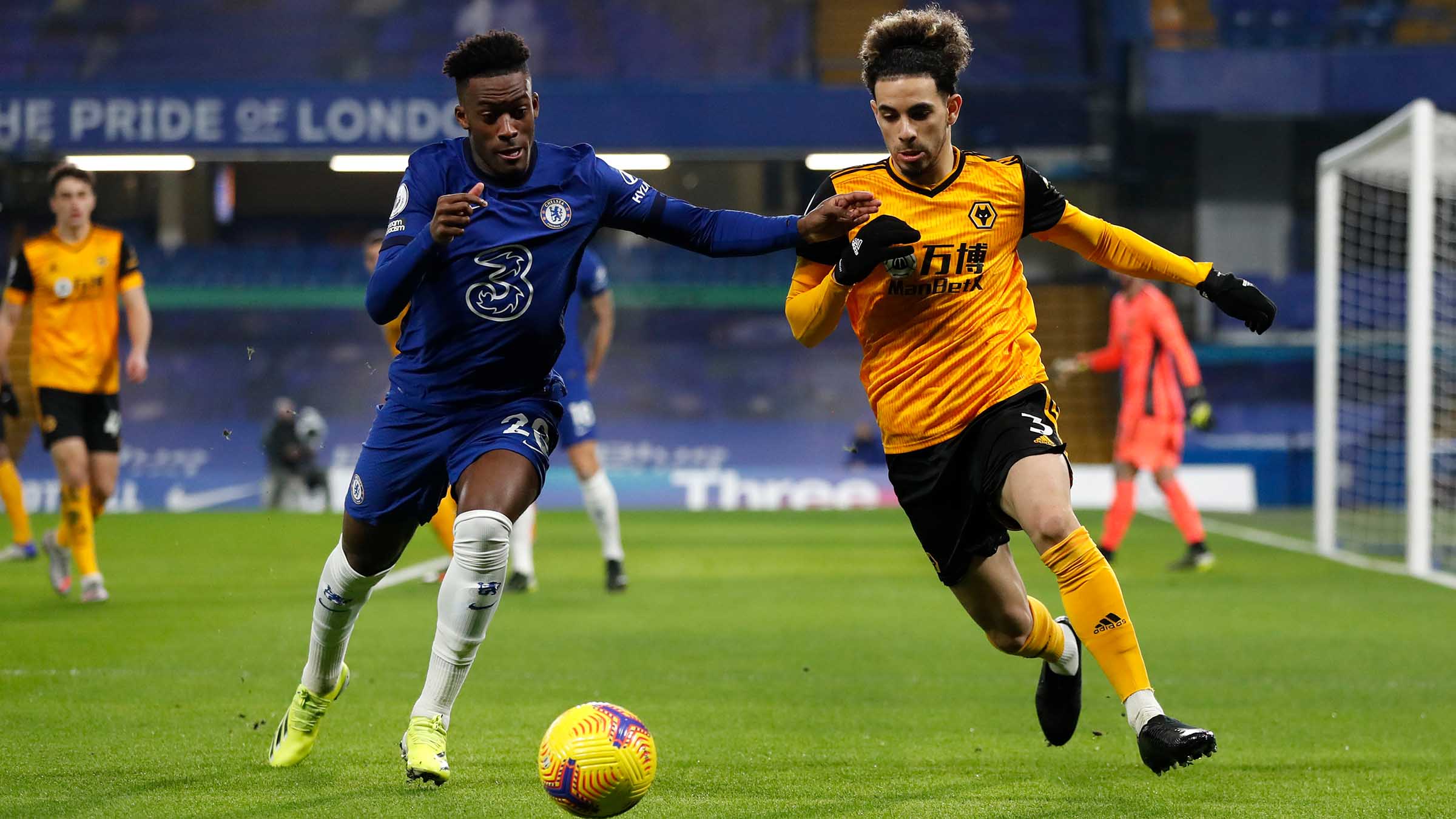 2. Could Jose make his full debut?

Wolves supporters were given their first glimpse of new signing Willian Jose in the form of an 18-minute cameo at Stamford Bridge on Wednesday night and he chipped in with one of the key contributions with the final touch. Nuno knew the Brazilian’s introduction could prove beneficial at both ends of the pitch, and Jose got himself in the way of Kai Havertz’s goal-bound header with the final touch, to ensure his debut was marked with a point. At the other end, the striker showed glimpses of the link-up play he’ll look to produce in old gold, and he was quickly involved in the chance which saw Pedro Neto curl over the bar.

Now, is Jose in line for a start at Selhurst Park on Saturday? Nuno was clear to highlight the loanee is one of three striking options, with Fabio Silva and Patrick Cutrone also waiting in the wings, but wants Jose to show his qualities straight away.

"What I want from him and what we focus on is tomorrow, and Willian is ready to go, now it’s up to us to decide and take advantage of the enormous talent that he has as a striker."

Saturday will be the third meeting between Wolves and Crystal Palace during 2021/21, and the old gold are hunting a rare hat-trick across one season. Back in October, Nuno’s men defeated Roy Hodgson’s side 2-0 thanks to first-half goals from Podence and Ait-Nouri, then earlier this month, Wolves began their Emirates FA Cup campaign with a 1-0 success over the Eagles, with Adama Traore striking the decisive blow. Those victories have both been coupled with clean sheets, as was Wednesday’s draw at Chelsea, and Nuno couldn’t hide his delight with that factor come full-time.

Now the task is a third win over the South London side this term and since returning to the Premier League in 2018, Wolves are yet to lose at Selhurst Park. Two seasons ago Matt Doherty scored the only goal as Wolves won 1-0 in the pouring rain, on afternoon when excitement was soaring. Then, last season, the momentum wasn’t so high, with Nuno’s side without a win in their opening five matches and staring down the barrel of another defeat thanks to Leander Dendoncker’s unfortunate own goal. However, with the game deep into injury time, Diogo Jota popped up with a priceless equaliser, which sparked an 11-match unbeaten run in the Premier League. So, in terms of this season, and form at Selhurst Park, Wolves have positive vibes to maintain.

The traditionalists amongst the Wolves fanbase will be well aware of the club’s lack of playing activities on Saturday this season and this weekend’s game will be the first traditional Saturday 3pm kick-off of the season. Nuno’s men have only played three times on a Saturday this term, two 12.30pm kick-offs at Molineux and one 5.30pm at Brighton & Hove Albion, and there’s something more familiar about it. Since the Covid-19 pandemic, the Premier League lifted broadcasting restrictions on the previously sacred kick-off time, so the Palace fixture will be the first time Wolves have played at 3pm on a Saturday and been broadcast live on TV, with Sky Sports in town.

You have to go back to before lockdown to find the last time Nuno’s side played at 3pm on a Saturday – a goalless draw with Brighton at Molineux, which was played out in front of 31,490 supporters. It’s been a long time coming, but can Wolves mark the occasion with a win?

Some friendly competition between the strikers 😆

5. Back on track in the capital?

It wasn’t too long ago when Wolves felt invincible in London, enjoying terrific form there under Nuno in the Premier League. Until a July trip to Chelsea, Wolves had gone unbeaten in their ten Premier League matches in the captain under the Portuguese. Included in that run was a pair of memorable victories at Tottenham Hotspur and the aforementioned 1-0 success at Selhurst Park in October 2018. However, on the final day of last season, that record was left in tatters after defeat, and 2020/21 didn’t get any better, as a 4-0 defeat at West Ham United suggested the trend had flipped.

But things have changed. The next trip to by the Thames came in November and Nuno’s side returned to form with a strong win at Arsenal. Then, on Wednesday evening, stalemate at Stamford Bridge represented another step in the right direction. Could a new unbeaten run in London be building? A positive result at Palace on Saturday and supporters may start to believe. 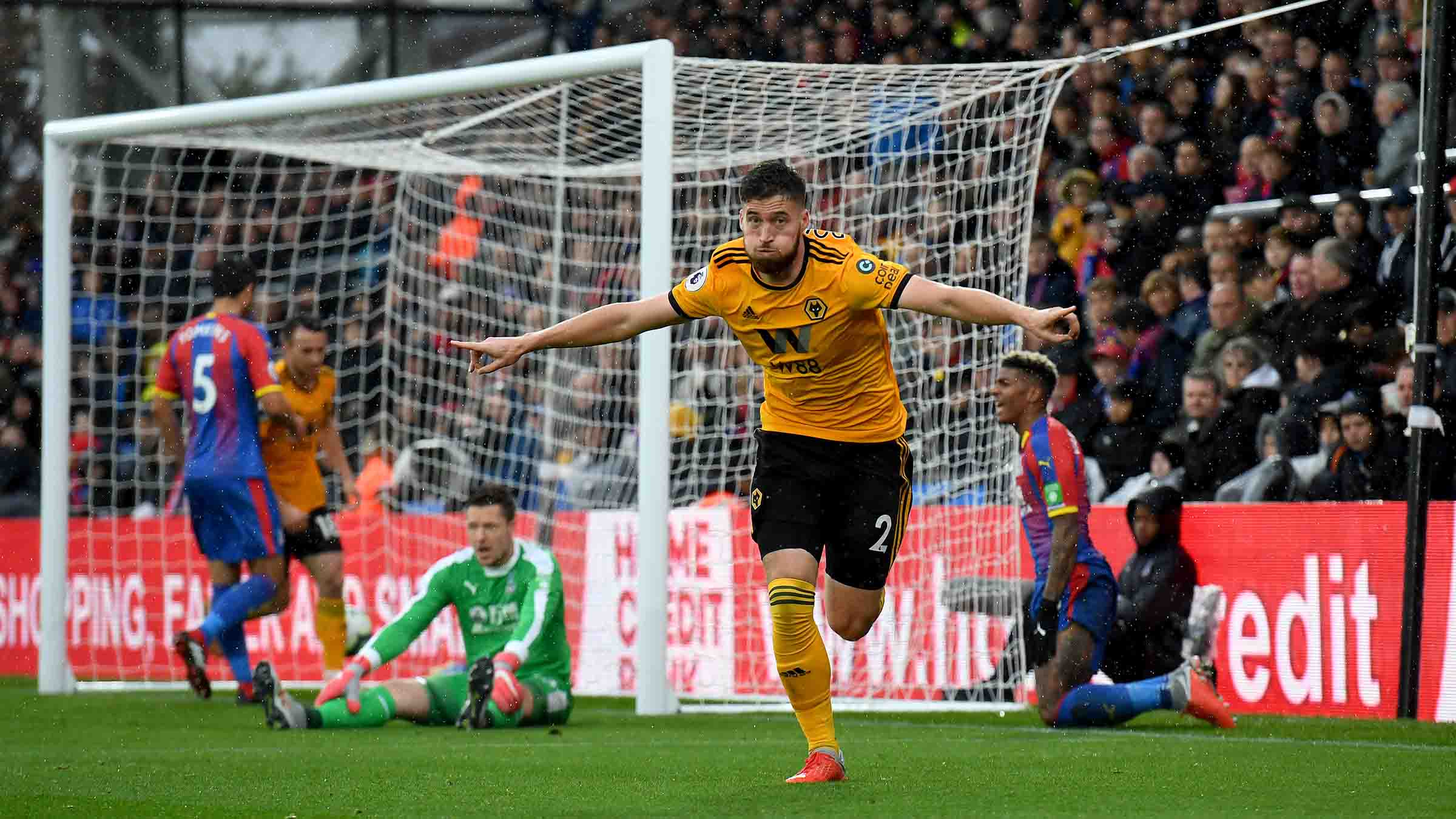