5 things to know | Wolves vs Everton

The Premier League returns to the front of Wolves minds on Tuesday evening, when Everton visit Molineux, and wolves.co.uk highlights five things to know before kick-off.

1. Something to build on

Friday’s win over Crystal Palace produced a series of positives for Nuno Espirito Santo, all of which he’ll want his side to build on when they return to Premier League action. Adama Traore ended his goalscoring drought with a stunning finish to settle the cup tie, and now the wide man will want to get off the mark in the Premier League this season. Similarly, the win provided a first clean sheet since the end of October, coincidently also against the Eagles, and was achieved by denying the visitors a single shot on John Ruddy’s goal. The stop out was the first achieved under Nuno with a back four and highlighted the continued growth in an alternate system. Finally, Leander Dendoncker made his return from injury, which was welcome, and the Belgian would have marked his impressive return with a goal, had it not been for Jack Butland’s impressive save.

Like Wolves, Everton also named a strong team at the weekend and secured their passage into the fourth round of the Emirates FA Cup, but they did have to play 30 minutes more against Rotherham United. The Championship side held Carlo Ancelotti’s side to a 1-1 draw in normal time, but Premier League class told in the end, as Abdoulaye Doucoure struck the winner. Everton will hope those extra 30 minutes will have no impact when they take to the pitch once again on Tuesday.

Both the Wolves and Everton camps are dealing with key injuries currently, but it’s the visitors who remain the more hopeful of welcoming a fresh face back. Dendoncker was a welcome return to the fold on Friday evening, but he’s unlikely to be joined by his former treatment room colleagues on Tuesday. Willy Boly, Marcal and Daniel Podence, along with Jonny and Raul Jimenez, remain out, so Wolves will have to go with what they’ve got.

As for Everton, they’ll wait as long as possible for Richarlison to prove his fitness, after the Brazilian missed Saturday’s cup tie. Fellow attacker Dominic Calvert-Lewin will definitely miss out, however. The club’s top scorer has netted 14 times in all competitions this season but has suffered a hamstring problem and won’t feature at Molineux. He’ll join Allan in the treatment room, with the midfielder still 10 to 15 days away from a return. Finally, summer signing James Rodriguez stepped up his recovery on Saturday with 95 minutes on the Goodison Park pitch and is expected to feature once again. 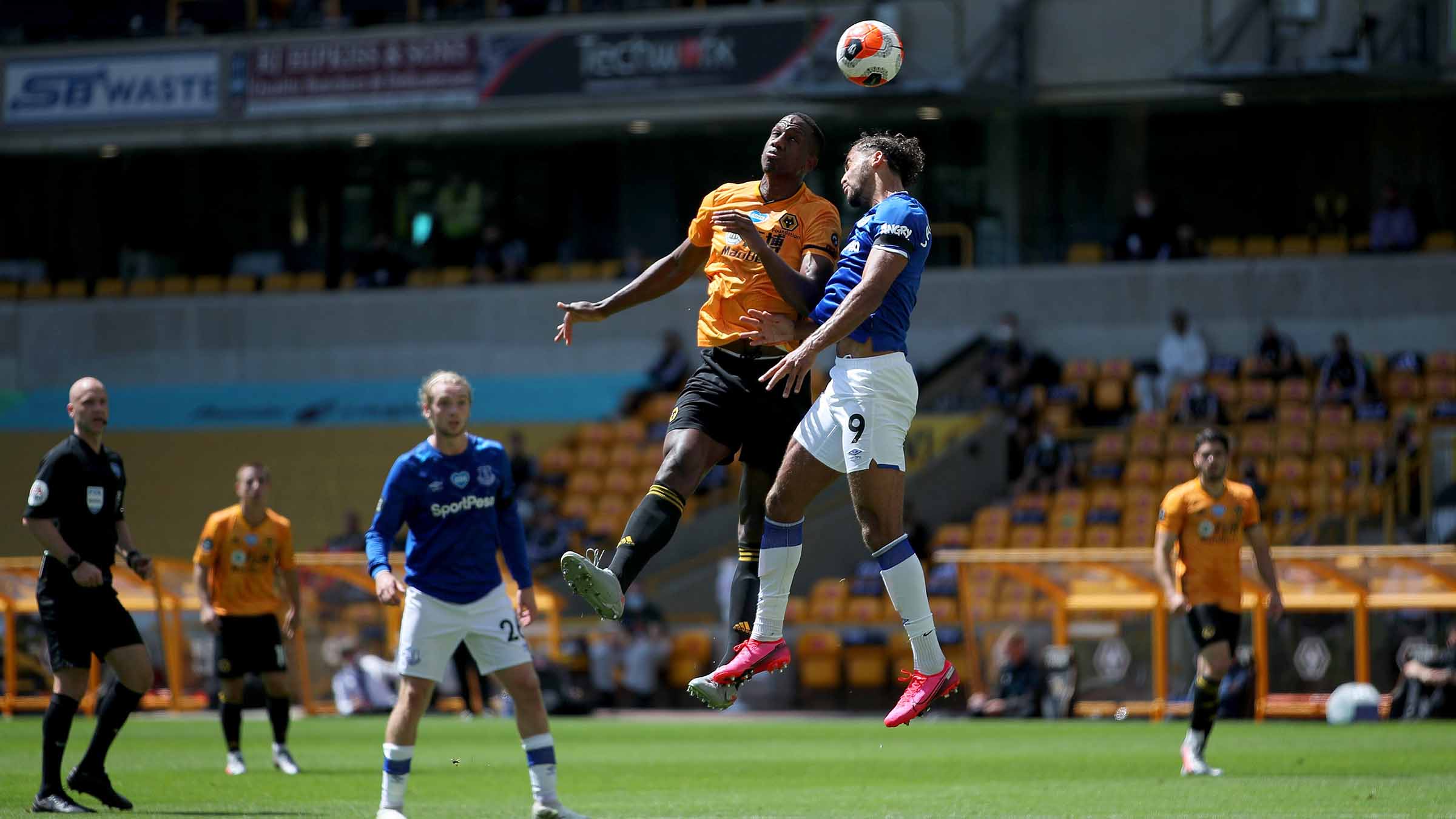 Last season’s success over the Toffees at sun-soaked Molineux in July was a fine afternoon for Nuno’s men. The 3-0 success equalled last season’s biggest Premier League win, following victory over Norwich City by the same scoreline in February, and a repeat result would be most welcome. That afternoon saw Diogo Jota score his last goal for the club, while Dendoncker’s header that day was the last time the Belgian scored, so a repeat on Tuesday night would be ideal.

Since then, Everton made a series of impressive moves in the transfer market, but only their wing-backs that day, Theo Walcott and Leighton Baines, are no longer on their books, so the starting eleven may not be all that different. However, with the Merseyside club sat seventh in the Premier League, Wolves can expect a sterner test on this occasion.

4. Gibbs-White and Cutrone ready to start?

During the second-half on Friday evening, Morgan Gibbs-White and Patrick Cutrone made their return, following recalls from loan spells last week. Both will have benefitted from minutes on the pitch and are likely to feature in the squad against Everton, but are either ready to start? When asked in his press conference, Nuno was naturally non-committal on the topic, with neither player having featured regularly before their return.

“They are options,” Nuno said on Monday. “Morgan is returning from injury and Patrick didn’t have many times in a game situation, but both of them are working well. They go in the squad and let’s see.” Gibbs-White’s last start for Wolves came away at Espanyol in the Europa League back in February. For Cutrone, his last in a Wolves starting eleven goes back even further, to last December. That night, the Italian led the line against Braga in the Europa League. Both will want to impress and earn a start, whether that be against Everton, or in the future.

Great to see these guys back at Molineux last night.

Vitinha is enjoying his best period in a Wolves shirt since his loan move from Porto in the summer. The Portuguese started Wolves’ last two Premier League outings, at Manchester United and Brighton & Hove Albion, and will be targeting more minutes in his first ever encounter with Everton. The youngster has watched the Toffees play on TV this season and has been impressed with what he saw but knows Wolves will be ready.

He said: “I personally saw some games of Everton and thought they were a pretty good team, like almost every team in this league. They have some high-level players, but I think we’re ready. We are ready for the match and to take the win.”

Vitinha has now given Nuno food for thought, looking tidy in midfield, and is ready to offer another option in the middle of the park, alongside the likes of Dendoncker, Ruben Neves and Joao Moutinho. 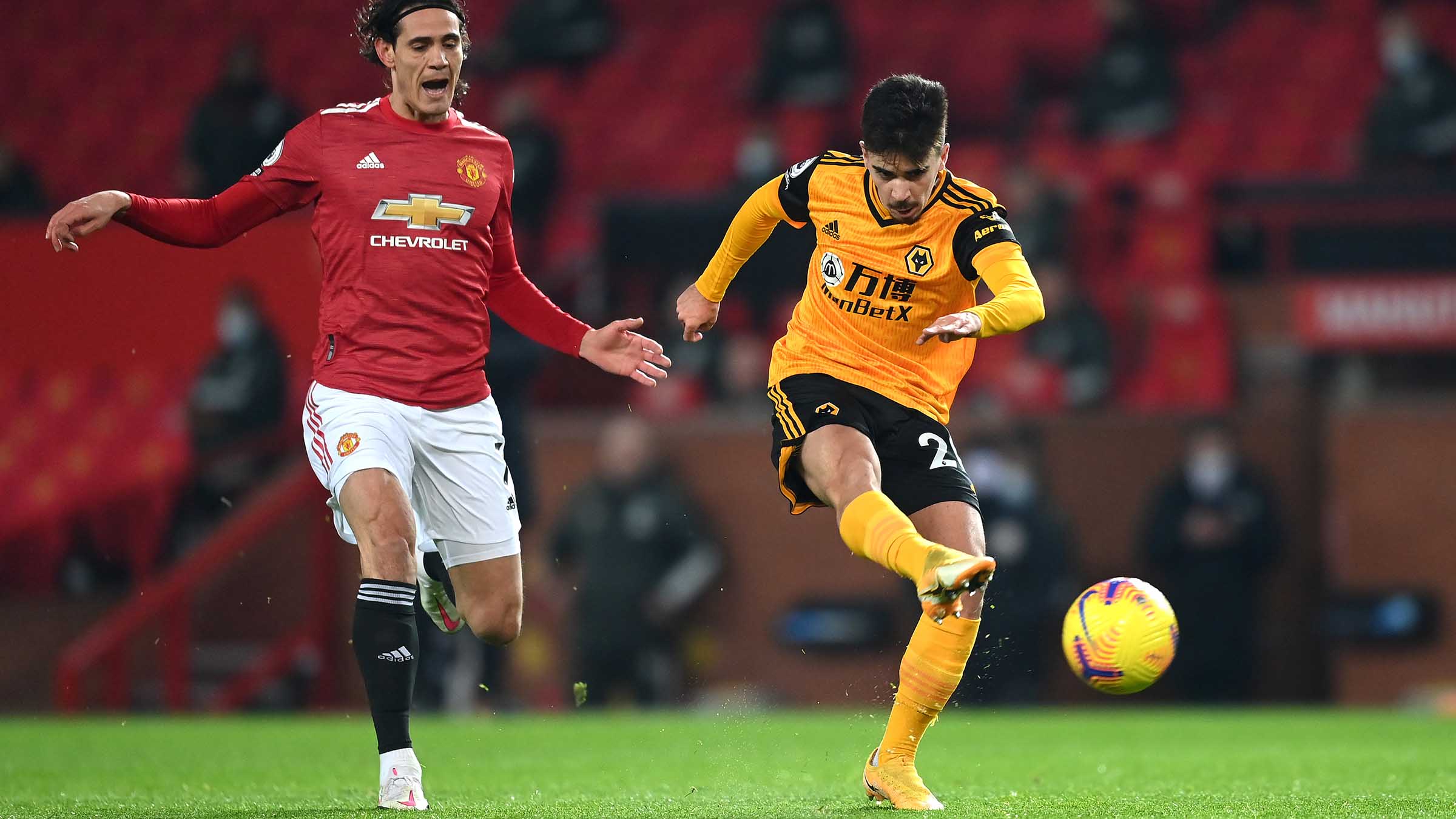