5 things to know | Wolves vs Tottenham

The festive season is upon us, meaning Wolves are preparing for two matches in 48 hours as Nuno Espirito Santo’s side entertain Tottenham Hotspur and Manchester United over the coming days. Here are five things to know before the first of those festive fixtures at Molineux on Sunday.

1. PUTTING BURNLEY BEHIND THEM

The key phrase from Nuno, Conor Coady and Romain Saiss ahead of Sunday’s clash with Tottenham Hotspur is ‘bouncing back’, as all three understand the importance of quickly getting back on track following Monday night’s defeat at Turf Moor. However, by returning to Molineux, the Wolves players know that they’re back on comfortable ground, having lost just one of their last six matches at Molineux.

Yet Spurs will also be chomping at the bit when they arrive in the West Midlands this weekend having won their last three visits to Molineux, while the away team has come out on top in five of the last six games between the two sides – but Wolves were the victors when the two last met, with Raul Jimenez scoring the deciding goal in a 3-2 victory at the Tottenham Hotspur Stadium ahead of the first lockdown.

If there’s one thing that Wolves fans can almost expect from a festive fixture is a goal from the Moroccan prince himself Romain Saiss. The Atlas Lions’ captain has scored eight times in gold and black following his move to the Midlands in 2016, yet a quarter of those strikes have come on Boxing Day. His first came in the 2017/18 season during a 2-2 draw with Millwall at The Den, before he followed that up with the equalising goal in a draw with Fulham two years ago.

Unfortunately for Saiss, he was unable to make it three from three in last season’s 3-2 win over Manchester City, but with that game and this Sunday’s clash with Spurs taking place on the 27th rather than the 26th, a goal from the defender might not be a certainty.

Unfortunately, last season and this we play on the 27th. I’m going to ask the Premier League next season to play on Boxing Day so I hope I can score. Of course, I would like to score against Tottenham and to score more goals to help the team.

Those aforementioned draws in the Championship and the win over Manchester City has made it a very merry Christmas for Nuno and his players since the Portuguese since he arrived in the Black Country three-and-a-half years ago. But the run of unbeaten festive fixtures for Wolves runs much further than Nuno.

Wolves picked up Boxing Day wins against Bristol City in 2016, Reading in 2015, Watford in 2014 and Crewe Alexandra in 2013. It has been eight years since Wolves lost a game on either 26th or 27th December – that coming in a 3-0 defeat to Peterborough United, as Wolves finished the season by dropping out of the Championship and into League One.

You can test your knowledge of the last three festive fixtures under Nuno in our latest Wolves Trivia quiz. There are 11 multiple choice questions, so click here to give it a go and let us know how you fared! 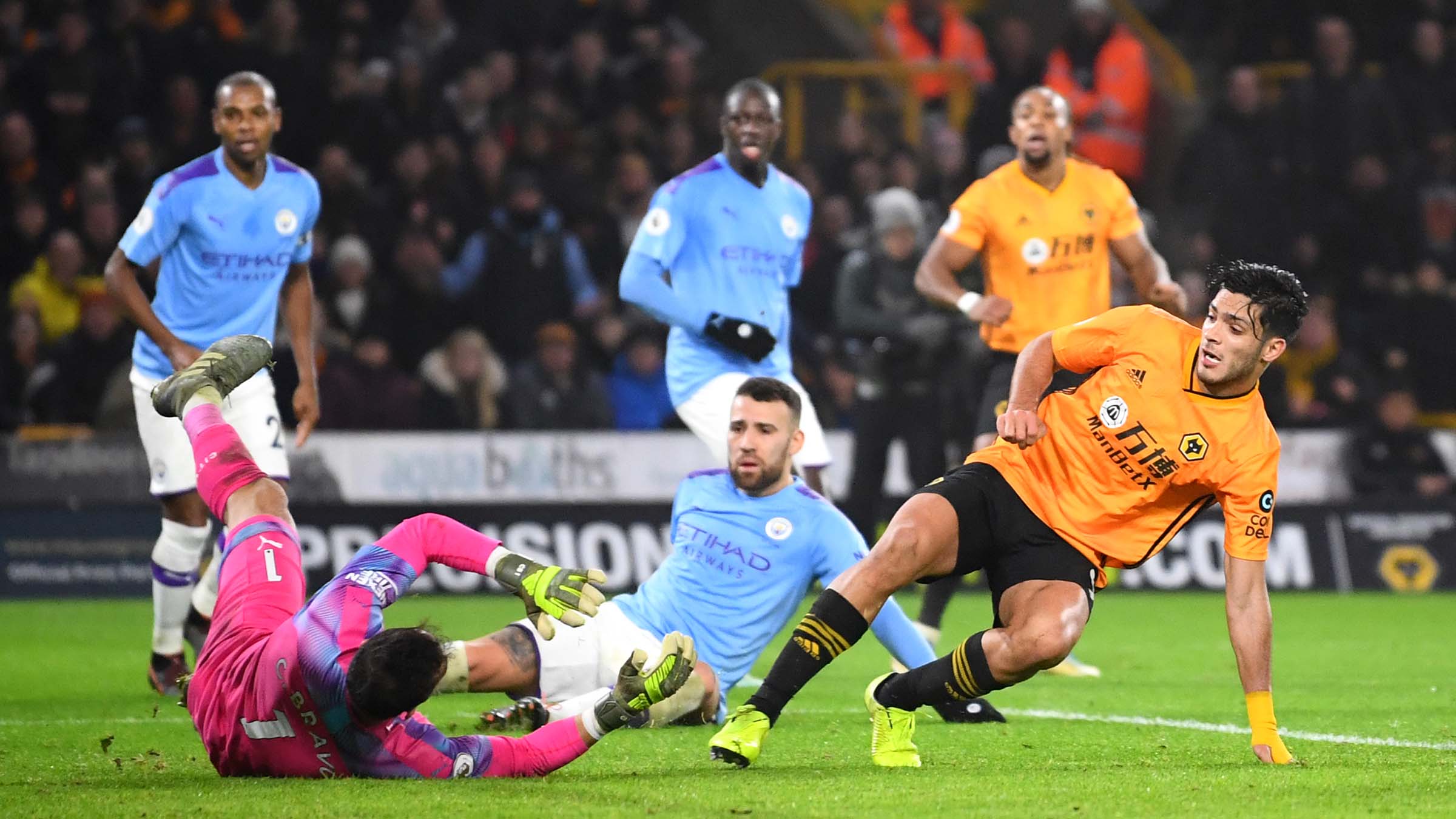 Against Burnley on Monday night, Nuno began the match without a traditional centre-forward, having utilised wingers Pedro Neto and Daniel Podence and debutant Owen Otasowie being pushed up from midfield to use his height in the opposition penalty area, but that changed on 60 minutes when Fabio Silva was brought into the attack.

Having come close to opening his account in his past few appearances, the 18-year-old got off the mark in gold and black when he won and then scored from the penalty spot to get a late comeback underway. Becoming the club’s youngest ever goalscorer in the Premier League, Silva’s goal came too late to help Wolves get a point on their travels, but by comfortably dealing with the pressured situation that comes with penalties, and calmly slotting the ball past Nick Pope – in typical Raul Jimenez fashion – he did send a message that he could be the man to stand in for the Mexican.

With just over 48 hours between the visit of Spurs and the trip to Old Trafford on Tuesday to face Manchester United, there could be a different look to Nuno’s sides for the pair of games. Last season, Wolves played Liverpool two days after the Man City win, in a game which saw Nuno leave Romain Saiss, Matt Doherty, Raul Jimenez and Adama Traore out of his starting 11, and with no time to recover once again this coming week, we could see similar changes for the two games.

Coming into Sunday’s match, Jose Mourinho is expected to keep with his preferred Premier League 11 having rotated his team in their 3-1 Carabao Cup quarter-final win over Stoke City on Wednesday night, with Japhet Tanganga his only confirmed absentee, while Giovani Lo Celso will be assessed having sustained a thigh knock in the 2-0 loss to Leicester City last weekend.