5 things to know | Liverpool vs Wolves

On the road again this Sunday evening, Anfield is next up for Wolves, who are targeting back-to-back wins away from Molineux, and here are five things to know before kick-off.

While the latest report on Raul Jimenez’s recovery from his head injury was positive, Wolves will be in unfamiliar territory on Sunday, as they’ll head into a first Premier League game under Nuno without their star striker. The Mexican has featured in every Premier League fixture since Wolves’ return to the top flight, scoring 34 goals in the league during that time. Last season, Jimenez started on the bench on just one occasion, coincidently at Anfield as a tricky Christmas schedule was managed.

Following Jimenez’s unfortunate injury at the Emirates Stadium, Fabio Silva was given an early introduction and the young forward could be handed his first Premier League start at Anfield. Silva appears Nuno’s only direct replacement for Jimenez, but in Adama Traore, Daniel Podence and Pedro Neto, the head coach has plenty of alternative options in the attacking department. 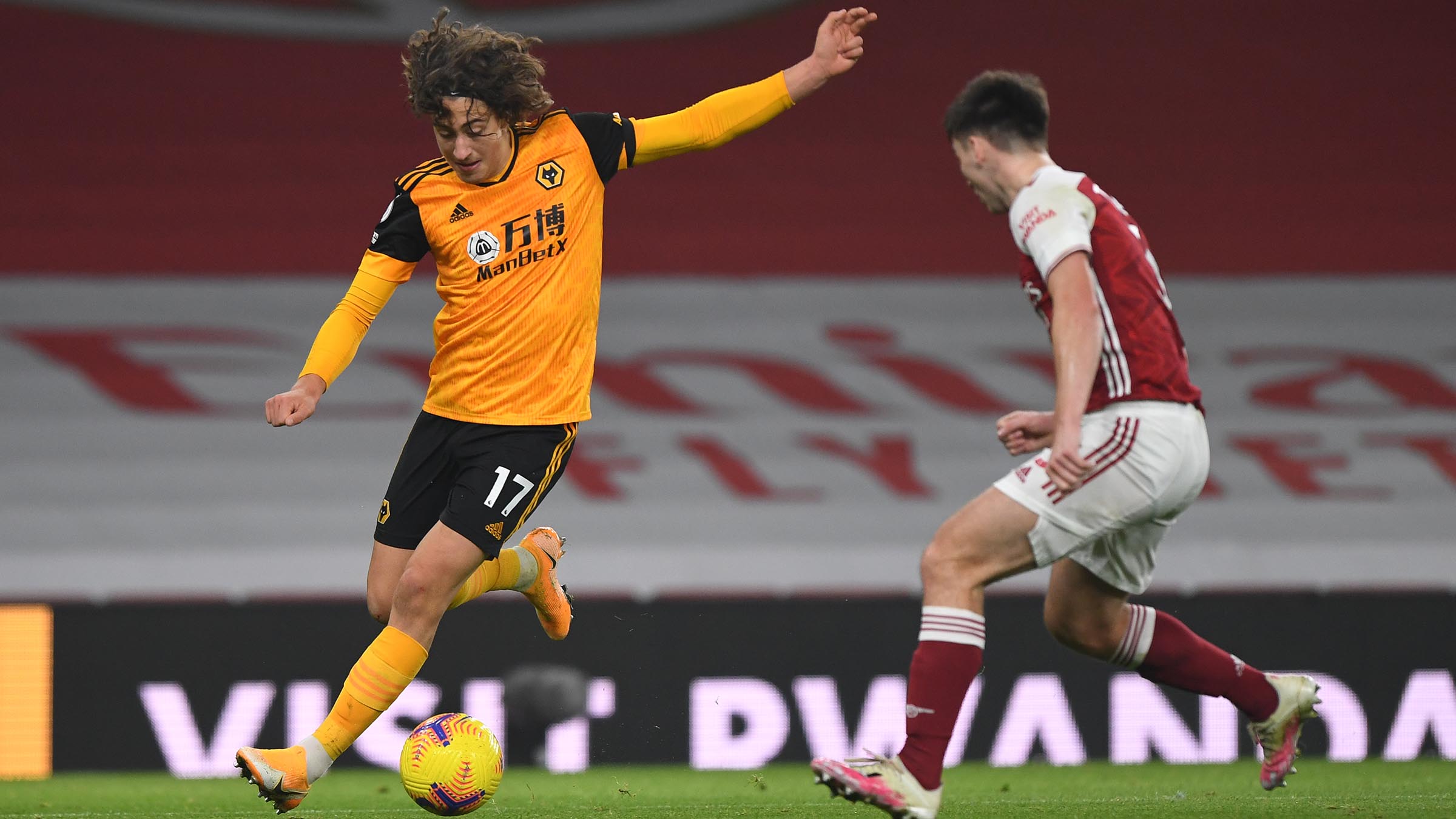 Since Wolves’ return to the top flight in 2018, they’ve made a habit of upsetting the apple cart by taking points from the traditional top six, much to the delight of the Molineux faithful. In the Premier League, Wolves have won at Manchester City, Tottenham Hotspur and Arsenal, while Manchester United and Chelsea have been humbled at Molineux, but so far, Liverpool have gone unscathed. Nuno’s men did get the better of the Reds in the FA Cup in 2019 and certainly deserved more from both Premier League fixtures last season, but their efforts went unrewarded.

In their way on Sunday will be former Wolves favourite Diogo Jota, who, after lighting up Molineux for three seasons, has hit the ground running at Anfield. The Portuguese’s form suggests he’ll start in attack for a Liverpool side without key players including Alisson, Virgil van Dijk and Joe Gomez, so Wolves will be keen to add Liverpool to their list on conquests. Trent Alexander-Arnold and Nabby Keita are back training, so have a chance of featuring, but also missing out will be James Milner, Tiago Alcantara and Alex Oxlade-Chamberlain, with Liverpool’s injury list remaining lengthy. Wolves will hope to benefit from the absentees.

Two weeks ago, Nuno caused widespread shock amongst the Wolves fanbase when he played a back four against Southampton for the very first time, but after a positive showing, the head coach stuck with the system against Arsenal, where Wolves flourished. Now, heading to the reigning champions, Nuno must decide if to stick or twist, and return to the more familiar back three set-up. Maximilian Kilman is waiting in the wings for a return should Nuno revert back to his usually favoured system.

Nuno previously stated any formation is based on strong foundations Wolves have built over time. He said: “No matter what system or shape you play, the rules are always the same. We have to be a unit, we have to stick together, we have to reduce the spaces, we have to be compact and take advantage of our talent when we have the ball.” Sunday is decision time for Nuno. 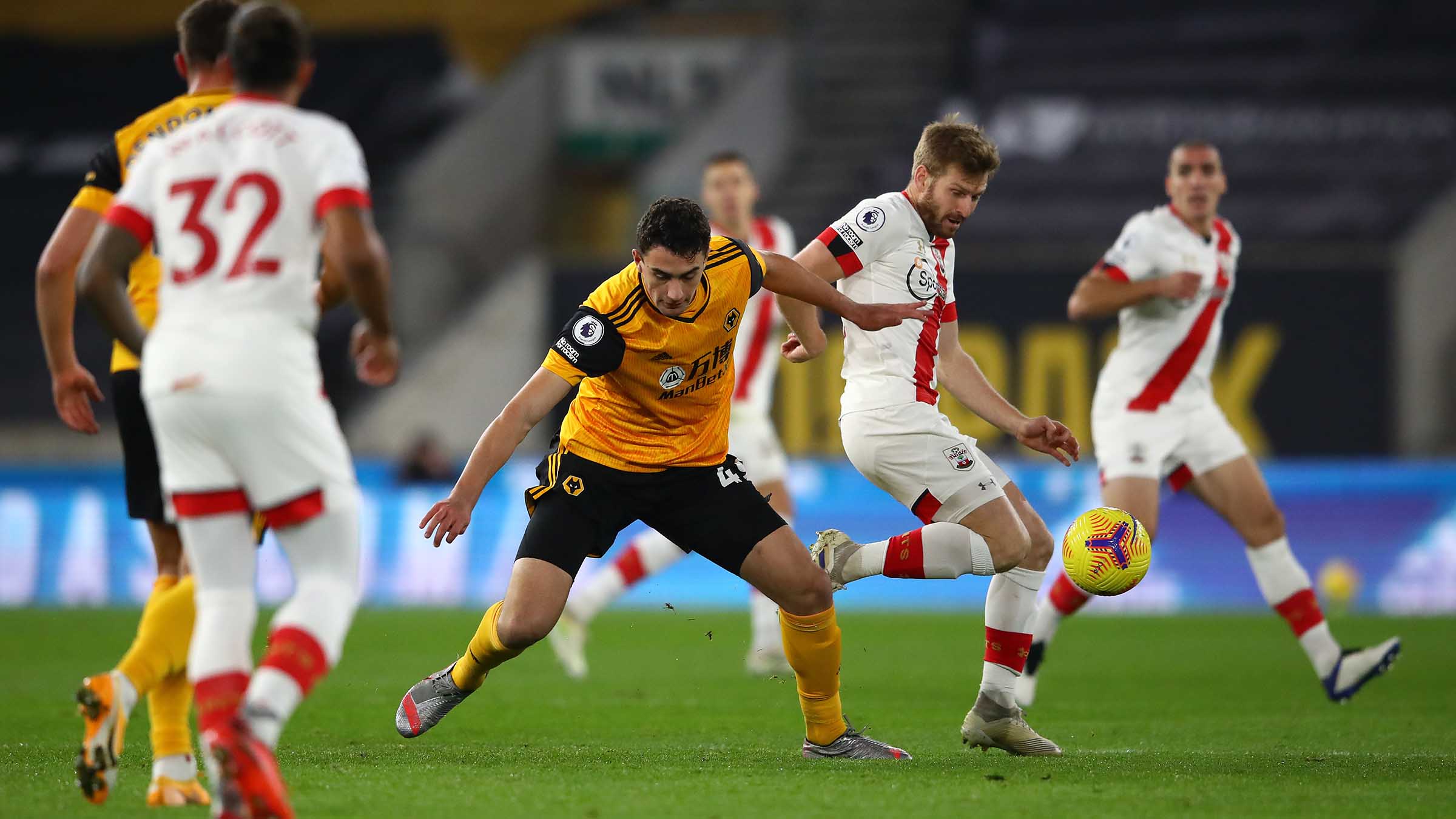 Another option for that defensive unit is Romain Saiss, who returned to the group this week after recovering from Covid. The 30-year-old returned a positive test following international duty with Morocco, so was forced to isolate and miss Wolves’ Premier League clashes with Southampton and Arsenal. However, once Saiss received news of his negative test, he was cleared to return to full training with the group.

Saiss began the season as a fixture in Nuno’s defence, but the performances of Kilman saw him switch to wing-back and later drop to the bench for the victory over Crystal Palace and loss to Leicester City. However, with a glut of Premier League fixtures on the horizon, the defender will hope for an opportunity to play his way back into contention and could do so at Anfield on Sunday, if given the opportunity.

"Saiss has been training with us since the beginning of the week."

5. The fans are back

Sunday will feel a small step closer to normality for Wolves’ players, who’ll be playing in front of a football crowd for the first time since 7th March – a goalless draw with Brighton & Hove Albion at Molineux. This is because of Merseyside’s tier 2 status, which allows 2,000 supporters into stadiums, while remaining socially distant. Anfield is one of 10 top flights stadiums in a tier 2 area, along with Goodison Park, the London and South Coast based teams. Thursday night saw the Emirates Stadium become the first Premier League stadium to benefit from the new rules, as the Gunners welcomed a small crowd into their Europa League tie. Now, it's the turn of Wolves to play in front of a crowd on Sunday.

Our last @premierleague win at Anfield...