After watching his side improve after the break against Leicester City, Nuno Espirito Santo has called on his players to be more clinical when their chances arrive.

Wolves suffered a fresh VAR disappointment when Maximilian Kilman was penalised for offside and Jamie Vardy converted from the penalty spot. The old gold applied considerable pressure on their hosts after the break however, and Pedro Neto, Ruben Neves and Leander Dendoncker all had chances to earn an equaliser, but it never arrived, leaving the head coach disappointed come full-time.

“The first-half at the beginning was difficult. We made a couple of mistakes, we conceded penalty situations, but after that we stayed in the game. In the second-half we played much better. We were able to press and put Leicester in their box. We didn’t achieve the goal, but we created, but of course on the counter attack Leicester created some problems.

“In the second-half we dominated the game. We moved the ball well; we were balanced and we had some chances. Not enough as we wish, but we had some situations that we felt the draw was there. The boys worked very hard, until the end they showed character.

“Positives from the game was the second-half, that we improved, and we should be more clinical with the chances that we had, because we had some situations that required better finishing.”

The managers pay their respects ahead of kick-off. #RemembranceSunday pic.twitter.com/rPdQ1SnF2z

On going for the equaliser

“What happened in the first-half was Leicester played better, they had good possession and they created problems. The ambition is always there, and we showed it as the game went by. We wanted to compete and go for the game. Today it was not possible, but let’s go again.”

On the VAR decision

“The referee saw it, but I don’t know. This situation is very difficult to analyse. It’s not fair to say if it’s the right decision because VAR is not being consistent. The game goes beyond this situation, of course we were penalised, but we reacted well.

“The criteria, we are speaking about it a lot. The referees have this in consideration, knowing the arms are part of our body. If we want to defend a cross, if you have to put your arms behind your back, you are totally unbalanced.” 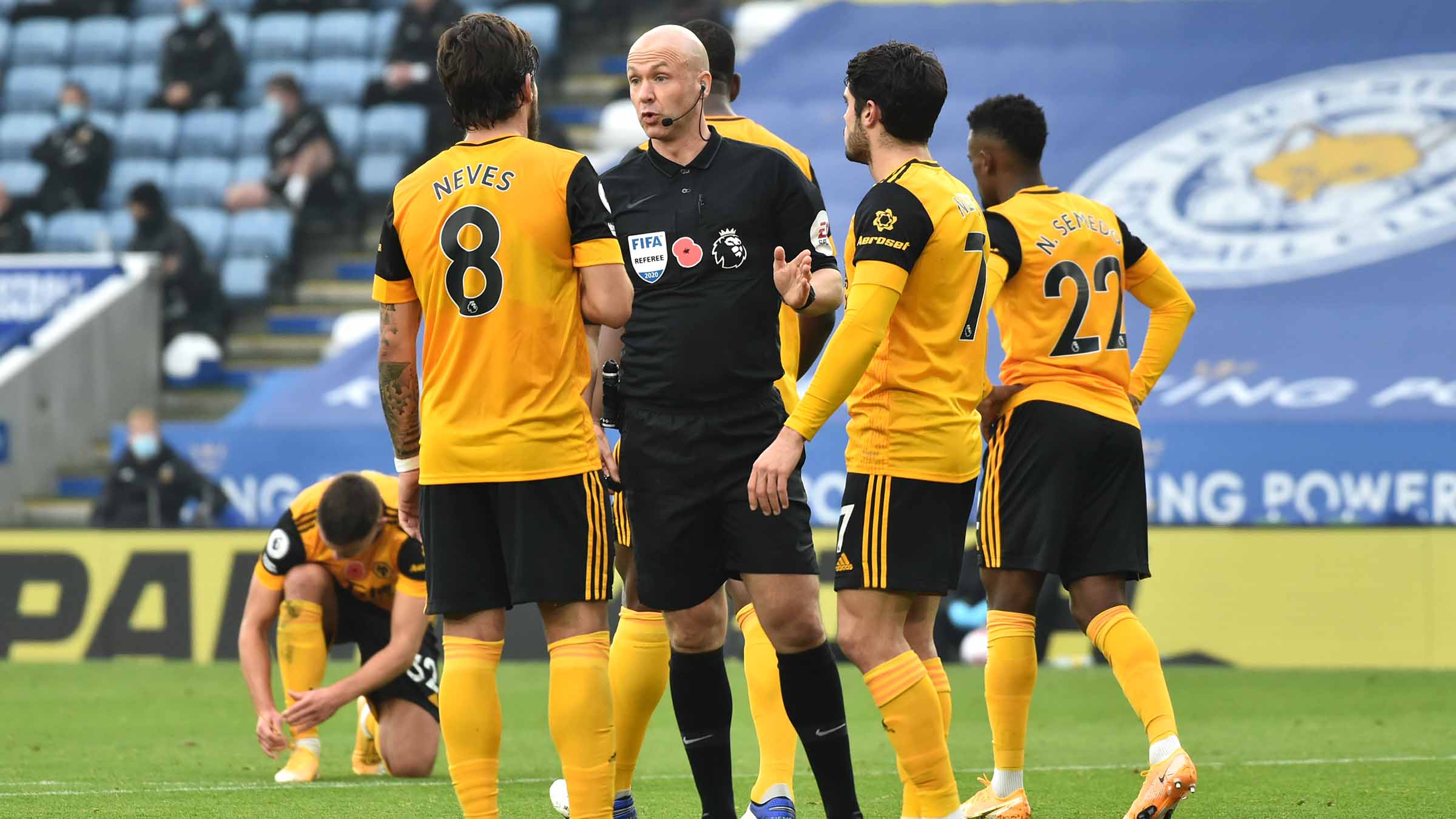 On coaching players to deal with the rule

“For us, it’s difficult, I didn’t see the images, but there’s no way to coach a player to defend without the natural movements of the arms. It is what it is and it’s difficult, but it can happen both ways. What we want is consistency in the decisions from VAR.

“It’s happening all over the Premier League, so what we expect from it in the future is to not have to talk about it. Anthony [Taylor] saw it, VAR saw it, for us as managers it’s very difficult to coach a player and tell him he can’t move his arms when defending.”

“Now we have an international break. Our players go to their teams, what we want is for them to return healthy, without any problems, but we don’t know yet when we’re going to play, the protocols of the testing for when the players return from national teams, so there’s a lot of things we should consider before thinking what’s ahead of us.”