Nuno | On Ait-Nouri, Podence and a fine display

A strong start and different goal scorers were just the tonic for Nuno Espirito Santo, who watched his side comprehensively defeat Crystal Palace on Friday evening.

A debut Rayan Ait-Nouri strike preceded Daniel Podence’s first goal of the season during a first-half which saw Wolves break away from their South London visitors. After the break, a professional performance saw the clean sheet maintained and Wolves stretch their unbeaten run to four matches.

On a strong start

“We started really well. It proves no game is the same. The best spells of the game can happen at the beginning, the middle, the end, the idea is to try and do it because we played against a very good team.

“We started better than Palace, the end of the first-half Palace started creating problems, we had issues there. In the second-half I think we started slow. We allowed Palace to have the ball and were not comfortable. The moment we adjusted, we started playing better and had good chances to score again.

“We created and unbalanced Palace. We had a good team in front of us, but were able to start strong and unbalance Crystal Palace, and at the same time stay organised.”

“This is what we need. We need a lot of things to improve and we need goals all over the team, it’s important. For Rayan, I’m really pleased for him because it’s the first game, so what better start can he have.

“For Daniel, it was a big step because he’d had big chances in previous games. Some of those were good strikes and good saves from the goalkeepers, but he was anxious to score. He’s scored today and it’s a big step.”

“He played good. He has a lot of things to improve on the defensive aspect, the shape of the team, but he played good. Football is like this, sometimes you go in the game, your first game, and your first goal. I’m really happy for him.

“He has talent and he’s been working two weeks now, insisting on the defensive aspect of his game is the first step for us. He still has better decision making to do, getting used to contact and physicality of the Premier League.”

“At the beginning of the second-half we were not able to control Crystal Palace. They were always having lines of the ball. The moment Moutinho went on the pitch, I think we controlled the middle of the park and were able to press better. It’s things we have to improve.”

“We have to realise that playing without fans changes everything. The perception is different and sometimes I think we can go in danger that there’s no pressure, like a training or friendly game, because it’s silent and we don’t have the edge. So, in these moments of play, with the pandemic, focus on the action is the first thing you should do.” 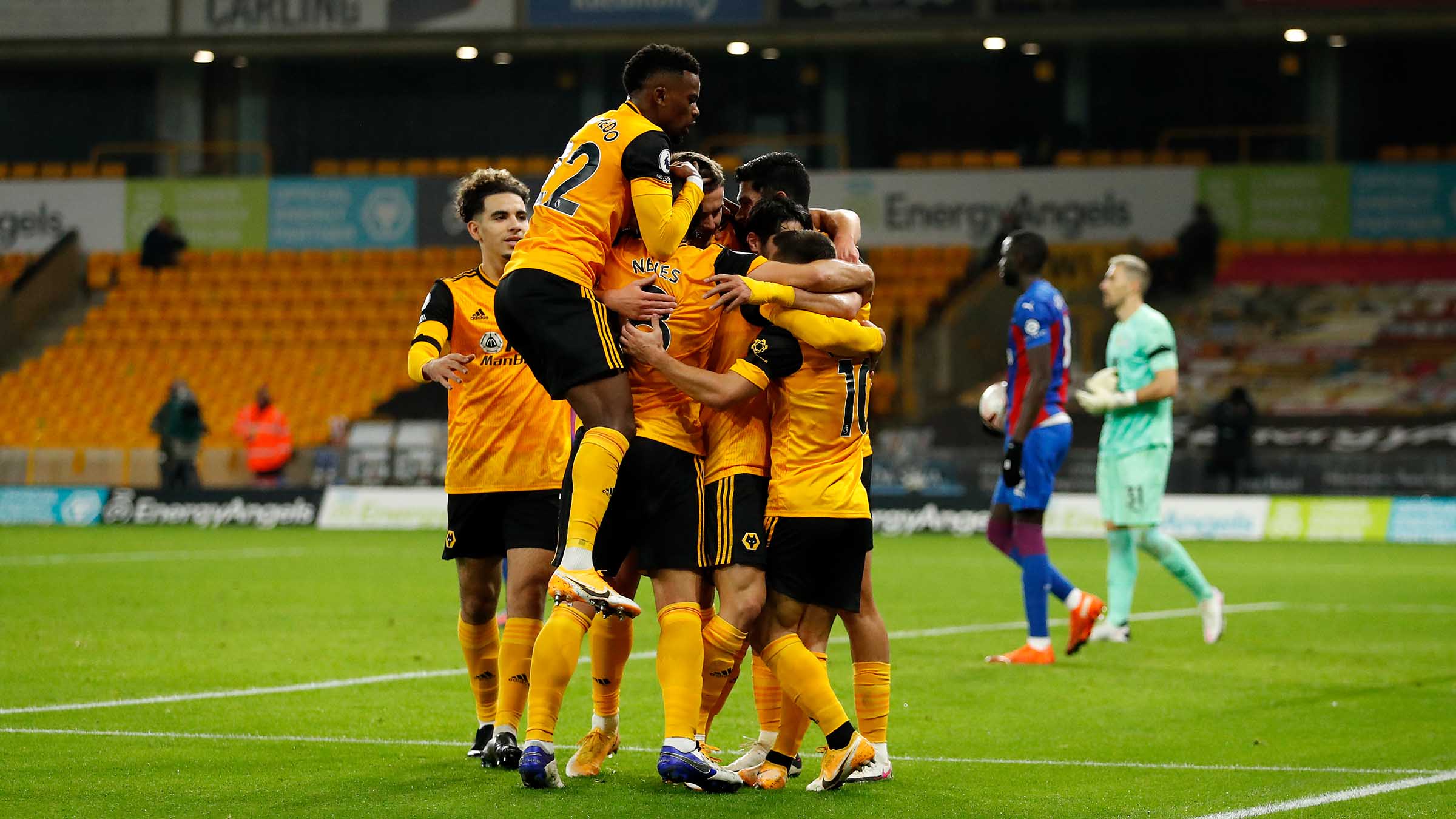 On a strong start to the season

“That’s the idea, to sustain, and it’s very hard. We’re going have the next test to evaluate again, but every game in the Premier League is very tough.

“It’s all about the performances. Trying to sustain consistency. The table is not important, it’s the work and being able to deal with these situations of playing without fans. The pandemic requires a lot of focus, it becomes stressful, we don’t have the edge of Molineux.”