Nuno | On being more clinical and a disappointing equaliser

While pleased with aspects of his side’s performance, Nuno Espirito Santo insists Wolves must become more clinical in front of goal, after being held by Newcastle United at Molineux.

Wolves registered 16 shots against the Magpies, scoring just once through a smart Raul Jimenez finish, and were punished late on when the visitors stole a point. Only three of those 16 chances were on target and, while pleased with what came before those opportunities, Nuno called on his side to be more ruthless with their final actions.

“We made a mistake on the set up of the wall and we conceded a goal. We were solid, we didn’t allow any chances to Newcastle, so on that part we were positive, but, of course, we were upset because we didn’t solve the problem.”

“I think we played well in terms of possession. Newcastle were very organised, but we started the game well, we broke them and created chances. We didn’t test too times the goalkeeper, not too many shots on target, a lot of shots, but its’ something we have to improve on.

“I think all the game we were in control, managing well, always very organised and good spells on possession, good movement. In the second-half, we were always playing on our offensive side of the pitch. Good goal, but disappointing because we made a mistake in the final moment of the game that punishes a lot.” 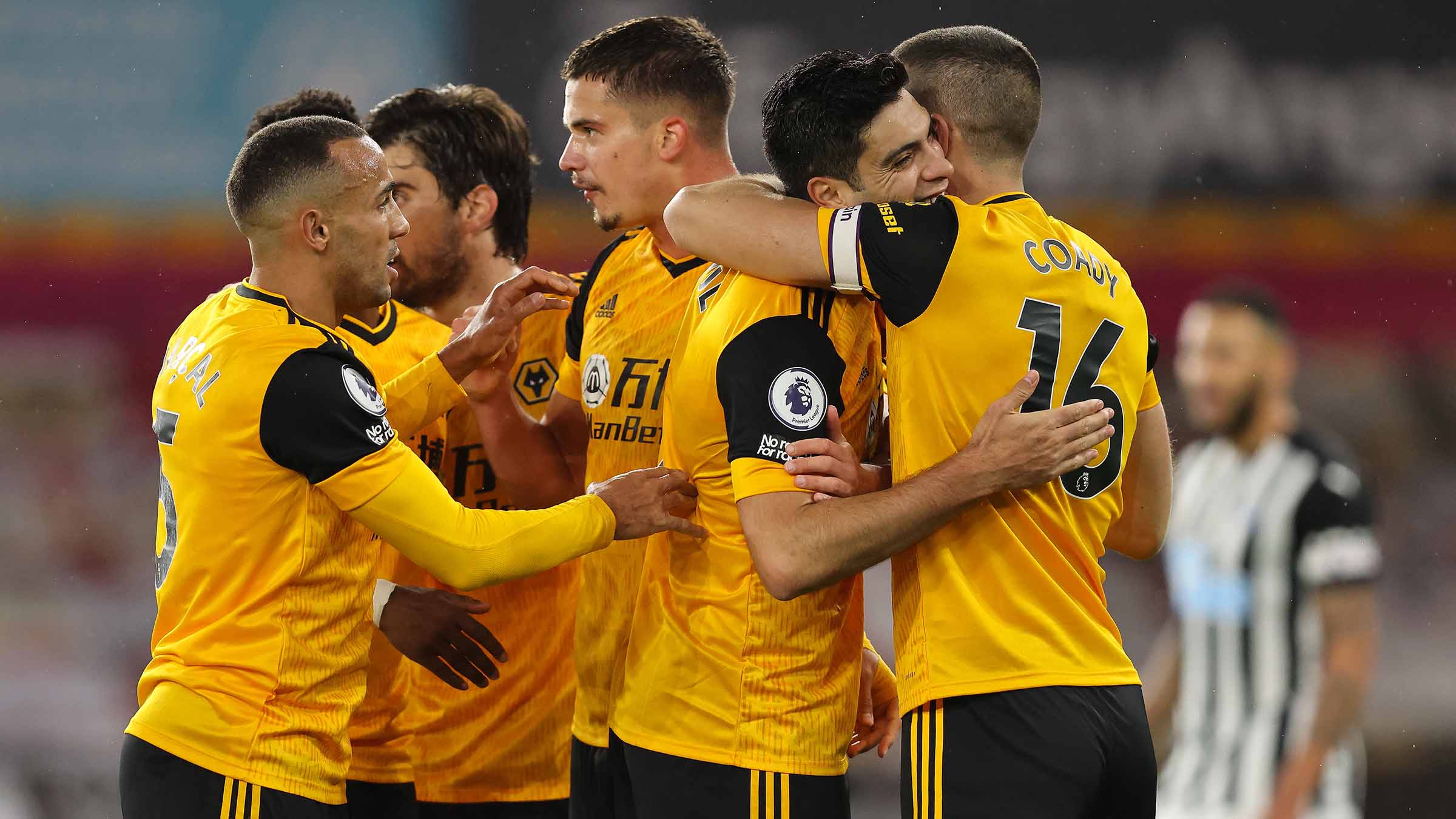 “We had a lot of shots, not all of them on target, but that’s something we need to improve. The good thing is we created space and movement, and mobility to have a chance to shoot on goal.

“Let’s try to improve on the final delivery and final clinical moment of shooting on goal, testing the goalkeeper and make them work. A lot of shots, but shots come from mobility, good spells of the ball that we had.

“We created a lot of chances, even with Newcastle well organised. We were able to break them many times. We cannot regret what we miss, we should regret what we didn’t do well when we concede.”

On breaking down Newcastle

“I cannot predict what our opponents will do. We need to find solutions for every moment of the game – when we have space, when we don’t have space, that’s the evolution we look for the team. Try to find better solutions for our future.”

On his options in midfield

“Joao played last game and played very well. Today, we decided to play with Ruben, and I think it’s good for us that we have two quality players we can use when we decide.”