Portuguese international Nelson Semedo has swapped Barcelona for Wolverhampton as he becomes Wolves’ fifth signing of the summer having joined from the La Liga giants on Tuesday, and here are the five things to know about the flying defender.

1. FROM THIRD DIVISION TO CHAMPIONS LEAGUE

Born in Lisbon on 16th November 1993, Nelson Semedo began his career within the youth set-up at Portuguese third division side SU Sintrense, but was quickly promoted to the senior side when he was just 17-years-old. In his one and only season with the club he scored five times in 27 matches, helping them to second place in their preliminary league table, but just falling short on promotion to the second tier. However, his form for Sintrense earned Semedo a move to Primiera Liga runners-up Benfica, making his professional debut for the B team in August 2012, before going on to make almost 60 appearances for the reserves.

It was a quick start for Semedo in Benfica’s first-team, as the right-back scored his first senior goal in red and white just a week after making his debut against Sporting CP, netting in a 4-0 home victory over Estoril. However, he suffered an injury setback in his first year with the senior side as Benfica lifted the league title, and after a few months out, had to regain his place in the team for the 2016/17 season. But that was no trouble for the flying full-back, going on to be the club’s third most used player that campaign, as Benfica were to win a historic fourth league title in a row. Semedo was also showing his talent in cup competitions, scoring in a Champions League draw with Besiktas, and assisting Eduardo Salvio in the final of the 2017 Taca de Portugal to help his side lift the trophy. 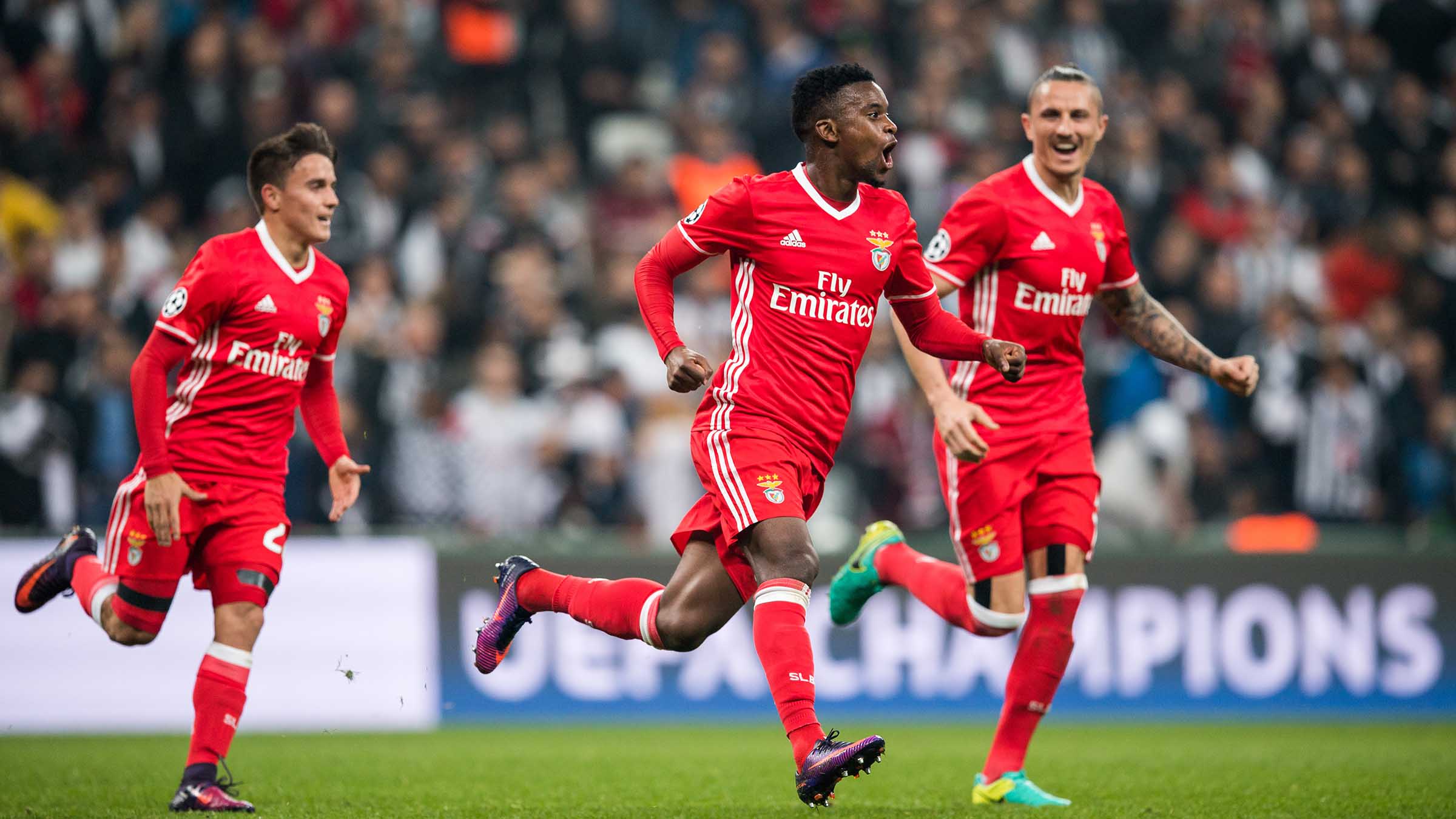 As a late blooming 23-year-old, Semedo had the season of his career during 2016/17, and what turned out to be his last in Benfica colours. His performances throughout the season in the Primiera Liga saw him named the Breakthrough Player of the Year in Portuguese football. Earning a move to Barcelona to replace Dani Alves, Semedo continued his form on the European stage, with the right-back being included in the Champions League’s Breakthrough team of 2017 for his performances with Benfica and Barca – in particular his showing in a 3-0 group stage win over Juventus for his new club, with the award acknowledging the best played aged 24 or under who have made a significant impact in the competition that year.

Read more: Semedo on why he chose Wolves

4. THE TROPHIES KEEP ON COMING

Having tasted success at Benfica, by winning the two Primeira Liga titles, the Taca de Portugal and the Taca de Liga, as well as Portugal’s equivalent of the community shield, Semedo added to his trophy collection in his first two seasons in the Spanish second city. Moving out of his home country for the first time in his career, Semedo was a key man in the Barca side for three seasons, racking up 124 appearances in all competitions and scoring twice. During his time in Barcelona, Semedo racked up consecutive La Liga titles in 2017/18 and 2018/19, as well as a Copa del Rey and Spanish Super Cup in his first season in blue and red, cementing his place as one of the most sought-after full-backs in world football. Adapting to his new surroundings and a wing-back position at Wolves should be fairly comfortable for Semedo, who will join up with many familiar faces and Portuguese international teammates at Molineux. It’s been a long international career for the defender, who made his first start for his country back in November 2015 in a Euro 2016 qualifying victory away in Serbia, alongside Rui Patricio and Joao Moutinho. Competing with Manchester City’s Joao Cancelo for the right-back spot, Semedo put a strong case to be the regular starter in the summer of 2019 when he was named in the UEFA Nations League team of the tournament. Alongside several of his new club colleagues, Semedo was a vital part of Portugal’s triumph in the inaugural edition of the competition.